“It gave me confidence that I can go into a new environment, an uncomfortable environment, and have a good time and learn something from it. That was comforting going forward,” said Jackson, a former Vandy soccer player. “I’m not going to have my teammates and friends everywhere I go so that’s good to see.”

Jackson and Peacock were two of 28 current and former student-athletes from the SEC who met in Atlanta from Dec. 3-5. The career tour’s goal is to provide exposure for SEC student-athletes who are seeking career opportunities in various fields.

The Commodores met with executives at several corporations in the Atlanta area including Cox Communications, NCR Corporation, Winning Edge Leadership Academy, The Home Depot and UPS.

“I’m an advocate for the SEC Career Tour,” Jackson said. “I don’t know if anyone wants to talk to me about it, but I feel like I could be a contact for that. I feel like people should go take the opportunity. I think it’s an all-around great experience.”

The SEC Career Tour started with an introduction of sorts Atlanta’s Mercedes-Benz Stadium, home to the Atlanta Falcons of the NFL and Atlanta United FC of the MLS. The student-athletes toured the entire MBS facility and spoke with a panel of executives who detailed their experiences and career paths.

Each attendee also brought their respective resumes and learned how to make those documents more appealing to potential employers.

A senior midfielder from Atlanta, Jackson was an All-SEC second-team selection this past season and a first-team All-SEC honoree as a junior. She started and played in 83 games during her career and had her interest peaked when a member of Atlanta United’s marketing team spoke to the group.

“The power behind networking and knowing people. That’s your way to get the foot in the door,” Jackson said on her biggest takeaway from the event. “It kind of forces you to be extraverted and you kind of had to put yourself out there.” 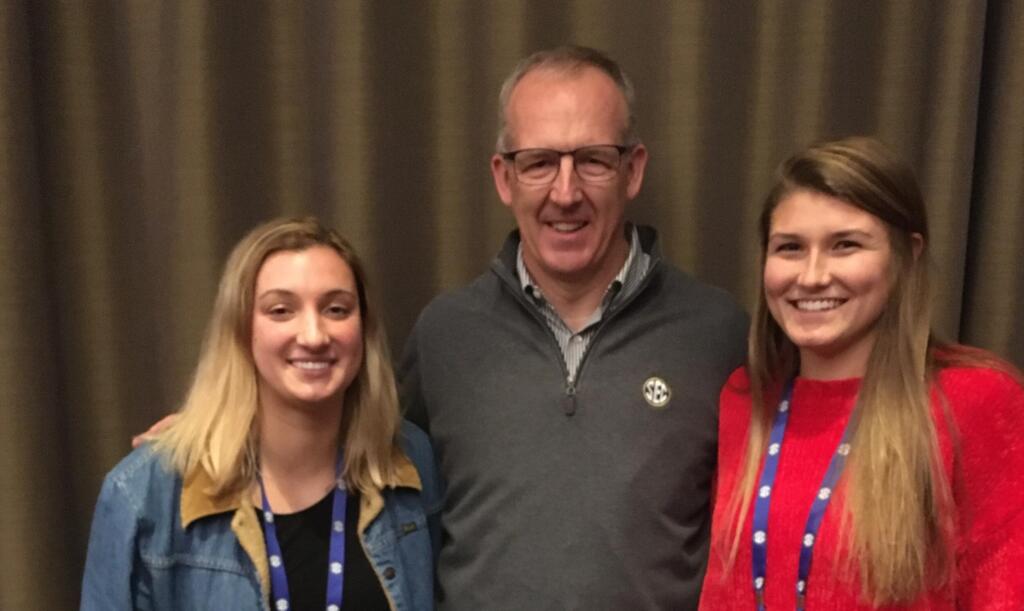 A senior from Baltimore, Maryland, Peacock set the Vanderbilt school record in the 500 freestyle as a sophomore and won five individual titles as a freshman. She was named to the SEC’s Academic Honor Roll during her sophomore and junior campaign.

Peacock is hoping to start her professional career in Atlanta – where her older sister lives – after her Vanderbilt graduation. She has already reconnected with many of her new contacts via social media and plans to follow up with handwritten letters.

What stood out to her during the event was how welcoming everyone was when she expected just the opposite.

“For me it was the humanistic aspect of it,” she said. “I always thought those big companies were very cold and didn’t care much about the hiring process. But there were so enthusiastic to have us all there.”

SEC Commissioner Greg Sankey was also present during the three-day event and Josh Foliart, a former Arkansas football student-athlete and co-founder and CEO of the MULTIPLi Global, gave a presentation as did Randy Hain, founder and president of Serviam Partners.

Former student-athletes Rashad Roundtree (Georgia football), Beatriz Travalon (Auburn swimming and diving), Natalie Hinds (Florida swimming and diving) and Kathryn Cosgrove (Tennessee rowing) also met with the group and share their experience of the SEC Career Tour and how it helped in their respective job searches.