The eight-run deficit was the second-largest overcome in an SEC Tournament game and biggest comeback in 13 seasons. The last program to win the SEC regular season outright and conference tournament in the same season was Vanderbilt in 2007.

With two away in the ninth, the Commodores loaded the bases on three consecutive walks before Clarke socked his first pitch from new reliver Ryan Olenek. The winner came during a game in which Vandy trailed by six after the first inning and by eight entering the home half of the third. 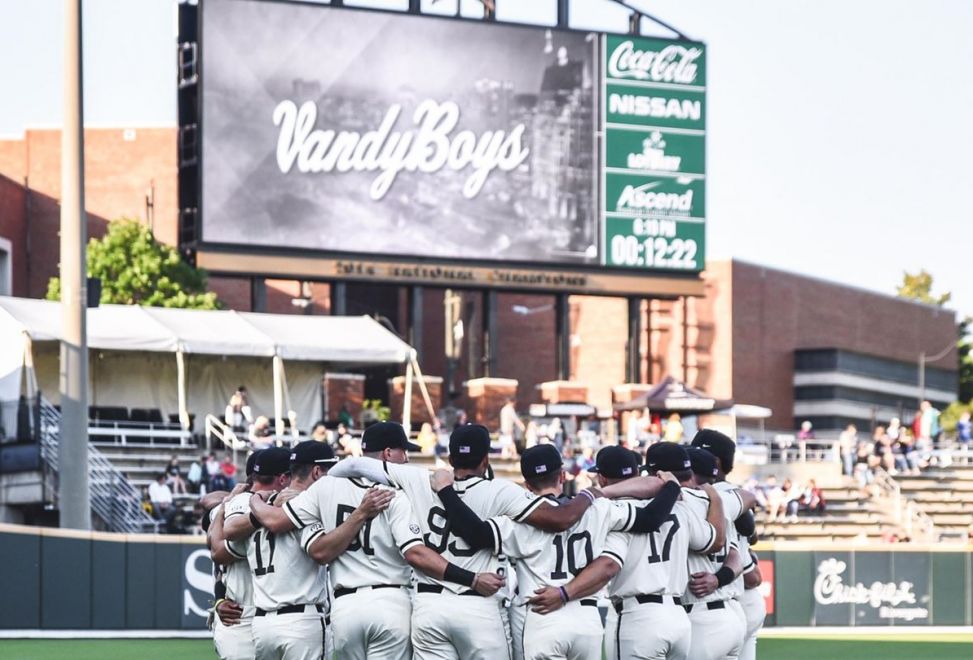 Austin Martin set a Commodore record in single-season runs scored (77) with his last serving as the game winner on Clarke’s RBI-single. Ethan Paul moved into a tie for second in program history with 61 career doubles, matching Sean Luellwitz’s (1999-02).

Reliever Tyler Brown (3-1) held the Rebels scoreless in the final three innings while fanning a pair. Jake Eder did not allow an earned run across 3.2 innings while striking out four. Vanderbilt logged 17 hits and batted .526 (10-for-19) with two away and .480 (12-for-25) with runners aboard.

Right fielder JJ Bleday was named SEC Tournament Most Valuable Player after finishing 8-for-16 (.500) with four runs, three extra-base hits and three RBIs. Pat DeMarco was also named to the all-tournament team, going 6-for-17 (.353) including swatting a three-run home run to cut Vandy’s deficit to one as part of a five-run fourth.

The Commodores will host the NCAA Nashville Regional this week at Hawkins Field. It marks the seventh time in program history Vandy plays host to the round and first since 2016. The remaining 64-team field will be announced Monday at 11 a.m. on ESPNU.