NASHVILLE, Tenn. – Last season, following a 3-1 opening loss to Texas A&M in the SEC Tournament, Vanderbilt headed back to Nashville with little to show from a short appearance in Hoover, Alabama. Just a sophomore, JJ Bleday remembers the sour taste in his mouth as the Commodores bussed back to Music City, disappointment lying in their wake.

“I remember we came back on the bus and I told Drake [Fellows], ‘I never, ever want that to happen ever again,'” Bleday said.

Indeed, the Commodores’ position as a top-tier SEC contender has not translated to recent success in Hoover. They have dropped four straight SEC Tournament games dating back to the 2016 season. During the last two seasons, Vanderbilt has been one-and-done with opening-round losses to South Carolina (2017) and Texas A&M (2018). In fact, the program has not claimed the SEC Tournament crown since 2007; it has won an NCAA title and appeared in three College World Series during that same span.

But this week, as Vanderbilt heads to Hoover as the top seed in the SEC Tournament, head coach Tim Corbin said history has no bearing on what the future holds.

"It's last year and the year before," Corbin said. "It doesn't hold any weight in terms of where we are right now. It's a different team, different group of guys, wiser, older. Now it's just a matter of getting into game week, really. They should celebrate that they're getting this opportunity." 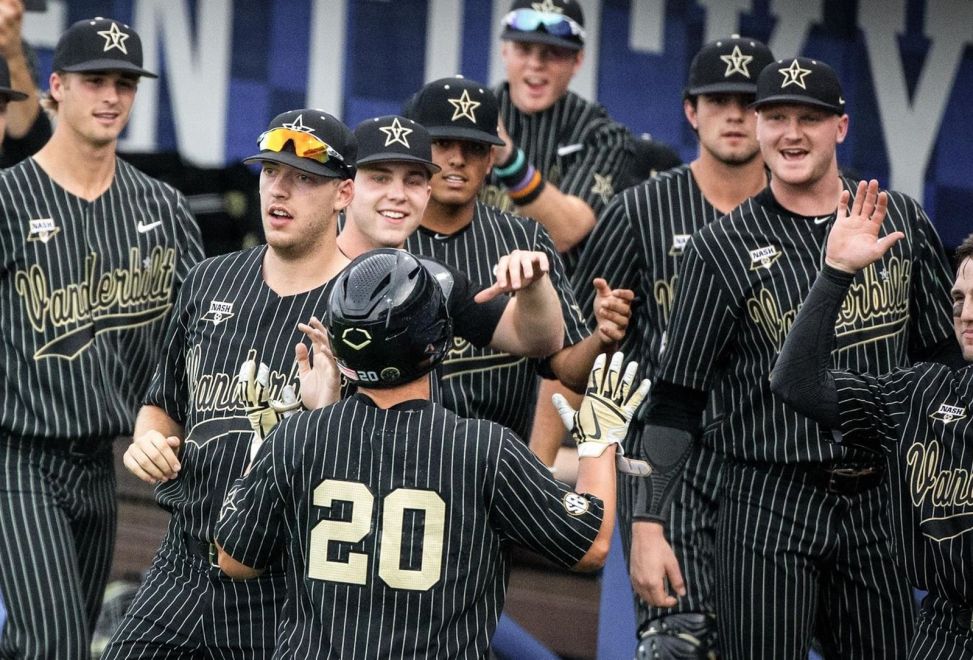 No. 2-ranked Vanderbilt (45-10, 23-7 SEC) hopes to reverse is SEC Tournament fortunes this time around. Last weekend, the Commodores clinched the SEC regular season championship for the first time since 2013 during a road sweep of Kentucky, their fifth SEC sweep of the season. They enter the postseason having won 18 of their last 19 games, including 11 straight on the road.

On Monday, Vanderbilt capped the regular season by cleaning up in SEC postseason awards. Corbin earned SEC Coach of the Year honors while Bleday was named the league’s Player of the Year. Bleday was also one of four Dores to land on the All-SEC First Team, among other honors across the roster.

A tidal wave of momentum and accolades has placed a target squarely on Vanderbilt’s back entering postseason play. But the Dores say they are focused on making the most out of Hoover.

“We’re just going to go down there and keep our head on our shoulders, try to stay level-headed and enjoy the atmosphere,” Bleday said. “Enjoy the competition we face and just try to do a little bit better than we’ve done the last two years.”

No. 1 seed Vanderbilt opens its stint at the SEC Tournament against the winner of No. 8 seed Auburn and No. 9 seed Tennessee on Wednesday at 4:30 p.m. Another SEC title could rocket the Commodores into postseason play, when they would be all but certain to host an NCAA Regional — and possibly a Super Regional – at Hawkins Field.

But as Corbin puts it, therein lies perhaps the biggest challenge facing Vanderbilt in Hoover: staying where their feet are.

“I think it’s just your ability to mentally focus on what is happening,” Corbin said. “It’s just human nature to look beyond [the SEC Tournament], because most teams know that they’re going to play beyond it. The challenge is to defeat human nature and center yourself so you get into a situation where you say to yourself, we’ve got to get better. We’ve got to get better in so many different ways for our team.

“These are just great learning opportunities.”