Five-member class to be inducted Aug. 30

The Aug. 30 recognition held at the Vanderbilt Student Life Center features a 6 p.m. reception with the ceremony starting at 7 p.m. Tickets for the event can be purchased online (use code HOF2019) or by calling 615.343.4889.

Cody (1914-16, 1919), a native of Franklin, Tennessee, is arguably the most decorated player in Vanderbilt gridiron history. In a career interrupted by World War I, Cody became the Commodores’ only three-time All-American, earning honors from the Football Writers Association of America in 1915, 1916 and 1919.

Regarded as a punishing blocker and bruising tackler, Cody helped guide the Commodores to a 21-3-3 overall record in his final three years on campus. As a sophomore, he was the main cog in a powerful Vanderbilt front that sparked Dan McGugin’s legendary “Point-a-Minute” offense in 1915. That year, the Commodores were 9-1 by tallying 514 points, including at least 50 points in five of the first six games.

He was a versatile athlete as an undergraduate, lettering in football, track and field, basketball and baseball.

A local product from Dupont High School in Old Hickory, Tennessee, Gaines (1984-87) capped off a stellar Vanderbilt career with by a remarkable campaign in 1987.

Gaines earned first team All-America honors from Kodak and the American Football Coaches Association as a senior in 1987 after setting school records with 136 solo stops and 214 total tackles. Gaines’ tackle total from the season also established a Southeastern Conference record.

Nashville sports columnist Larry Woody once described Gaines as “sort of a Rambo on a leash,” due to his imposing physique. Gaines was an avid weightlifter, and among the strongest Commodores of his era. 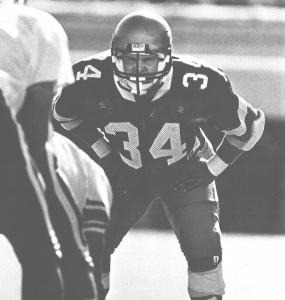 Gaines also was named Tennessee’s 1987 Amateur Athlete of the Year by the Tennessee Sports Hall of Fame.

After his Vanderbilt career, Gaines racked up 18 tackles to earn MVP honors at the Blue-Gray All-Star Game. He was drafted by the St. Louis Rams in the fifth round of the 1988 NFL Draft. His professional career included tenures with the Miami Dolphins of the NFL and Toronto Argonauts of the Canadian Football League.

After retiring from football due to injury, Gaines returned to his alma mater as a conditioning coach (1995-96) and linebackers coach (1997). He was named the 1997 SEC Linebackers Coach of the Year after the Commodores led the league in total defense. 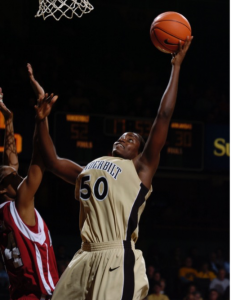 Thomas earned NCAA Tournament All-Region honors in 2005 and in 2007 was named a Senior CLASS Award finalist.

The 2007 WBCA and AP All-America honorable mention student-athlete was selected 10th overall in the first round of the WNBA Draft by the Chicago Sky. 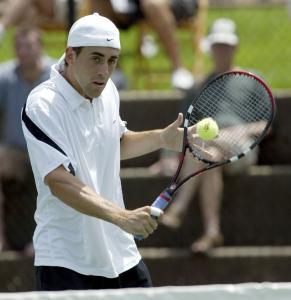 Also a two-time member of the SEC Community Service team from 2002-2003, Reynolds led the Commodores to their first NCAA finale in 2003 and was named the tournament’s Most Outstanding Player.

Reynolds concluded his collegiate career ranked No. 1 in the nation while being named SEC Player of the Year.

Reynolds went on to play professional tennis, reaching a ranking of No. 63 in singles and No. 46 in doubles. He appeared in a combined 37 grand slam main draws in singles and doubles.

Reynolds is married to Vanderbilt track and field standout and four-time All-American Josie Hahn, who is also a member of the Vanderbilt Athletics Hall of Fame.

Stewart (1996-98) was the most proficient scorer in Vanderbilt soccer history. She holds the Vanderbilt record for career goals (57), single-season goals (19), career points (140) and single-seas 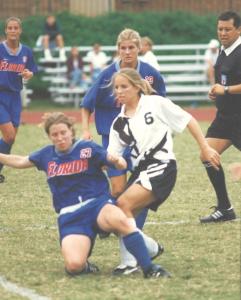 on points (46). The versatile Stewart also ranks fifth with 26 career assists. In addition to her school-record 19 goals in 1998, she added 16 goals in both the 1996 and 1997 seasons, ranking second among single-season performances.

The 1996 All-American was twice named All-SEC first team in addition to a second-team honor. The NSCAA tabbed her to its all-region team in 1996, 1997 and 1998. Stewart earned a spot on the SEC All-Tournament team in 1997. The SEC recognized Stewart on its Academic Honor Roll in 1999.