The St. Augustine, Florida, native ranked among the top freshmen in the nation following a sensational campaign for the Commodores. Kim will realize a dream Thursday afternoon when she tees off in the 74th United States Women’s Open at the Country Club of Charleston.

Kim, who qualified for the U.S. Women’s Open at a sectional six weeks ago in Oregon, will become the first active Commodore to play in the event in a decade.

Since Monday, Kim has worked to enjoy the full experience of being inside the ropes, competing against the greatest female golfers in the world.

“I’m just super excited and trying my best to keep my emotions in check. It’s been an incredible experience so far and it really hasn’t even started yet,” Kim said. 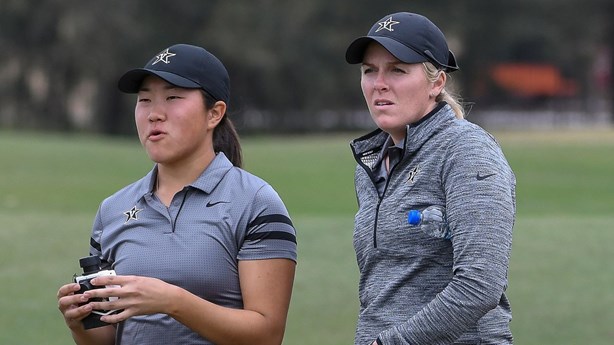 Kim, a First Team All-SEC recipient and medalist at the NCAA Auburn

Regional in early May, is looking to rebound from a disappointing individual performance in her most recent competition, the NCAA Championships in Fayetteville, Arkansas. Vanderbilt assistant coach Emilie Meason, Kim’s caddy this week, believes her freshman learned from that experience and is ready for the challenge.

“(Auston) is ready to get out there and compete. This course sets up really well for her game,” Meason said. “As disappointed as Auston was about her finish at the NCAAs, she learned a lot about herself and her game. It has definitely prepared her to play this week.”

Meason, in her second year as Greg Allen’s top Vanderbilt assistant, is thrilled that Kim has the opportunity to play in the Women’s Open.

“I am so excited for Auston to be able to play this week. To play in the U.S. Women’s Open is everyone’s dream come true,” Meason said. “She has put in countless hours of work on her game, so she absolutely deserves to be playing in this most prestigious tournament. To be able to play with the pros and to compete with the best of the best will be such a great experience for her.” 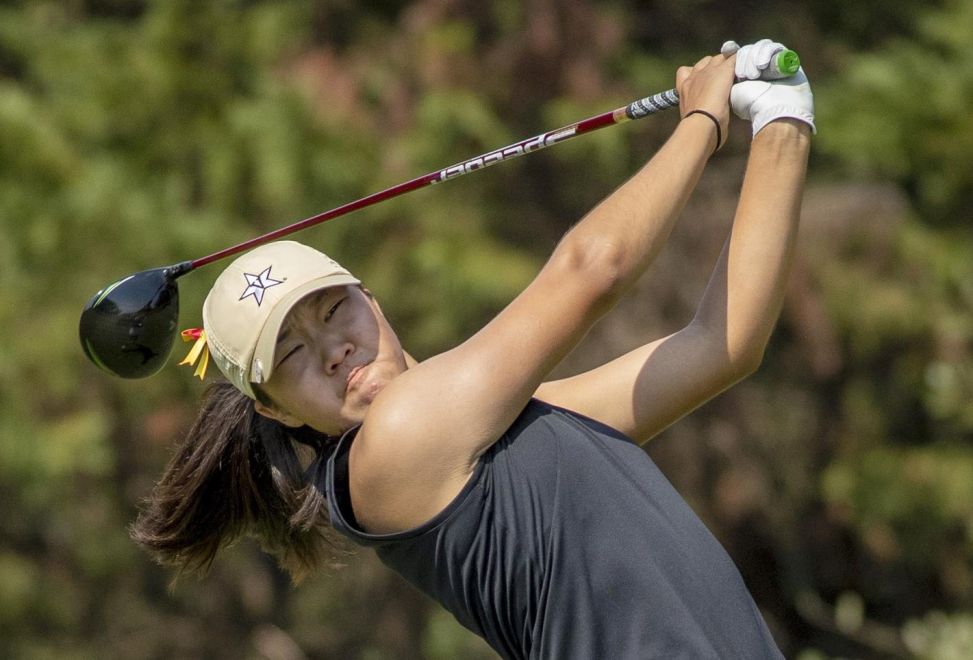 “I’m so proud of Auston,” Vanderbilt’s head coach said. “She’s grown so much this year and to cap off her freshman year by playing in the U.S. Women’s Open is a really special opportunity.”

The pre-tournament activities have been everything Kim hoped for – sharing a range with the world’s best golfers, hearing kind words from 2017 U.S. Open champion Sung Hyun Park, and practicing with LPGA’s Marina Alex, a former Commodore All-American.

“Just to be here has been an unbelievably cool experience,” Kim said. “To be part of this environment and up close with everyone, you can learn so much just by watching them. The practice round with Marina was really fun. We had a chance to talk and she was super helpful and very kind.”

One of 25 amateurs in the field, Kim believes the Country Club of Charleston suits her game.

“The course is unlike many U.S. Open courses and it’s completely different from the Blessings (site of the recent NCAA Championships),” she said. “It’s a lot like the course we played to open the season (Yeamans Hall Golf Club in nearby Hanahan) and I have good memories from that tournament.”

Kim’s goal entering the tournament is quite simple – just enjoy the experience.

“My plan is to go out with no expectations, play my golf, and have fun. That’s what I want to do,” Kim said. 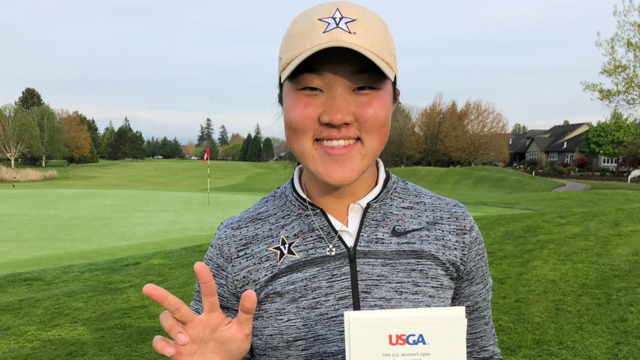 Kim will become the second member of her family to play in the U.S. Women’s Open, following in the footsteps of older sister August, who participated in 2017.

Does Auston think her older sister is envious of her week? “No, she’s not jealous at all. She’s just happy for me. But I was pretty jealous watching her play,” Kim said.

Three Commodores in the field

Concolino, who had a share of the 36-hole lead last week at the LPGA’s Pure Silk Championship in Williamsburg, Virginia, is making her fourth appearance at the U.S. Women’s Open.