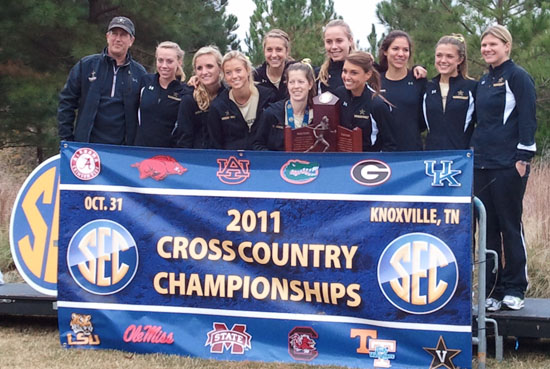 MARYVILLE, Tenn. – History has been made.

“Super race, fell right into our game plans,” said head coach Steve Keith after the race. “The ladies have always run strong the second half of the race. This is a really challenging course. We knew that there would be some natural attrition between the teams on the course about halfway and that if we stayed together the longest, that would give us the best shot.”

After a restart on the course, the ladies came barreling out of the box in a close group that held for the race. At the half-way mark of the 6K event, the team was in first place, a position that they held for the last half.

As at Wisconsin, the women outpaced even their coaches’ expectations, high as they were.

The team was led by Rogers, who finished second overall in the meet after what has already been her breakout season.

“Alexa has been such a sweet leader,” said Keith of his senior runner. “She has been fantastic and she actually fell at the start and they had to have a restart. But [they all] knew what they needed to do today and sometimes they’re calmer than the coaches. They knew the job at hand and quietly just went about it.”

Rogers, after the race, said her teammates picked her up and it gave her the rush to run her best.

“I have never finished so hard in my life,” said Smith, who joined the team this year as a transfer from a Michigan State team hot off a championship of their own.

To top off the race, freshmen Grace Orders, Rebecca Chandler, and Amira Joseph finished in the Top 30, earning themselves places on the SEC All-Freshmen team.

“Amazing. They were up there mixing it up, hanging in there as long as they could,” said Keith.

“I told the girls after Wisconsin that I’d trade a top ten national for an SEC title,” said Keith. “Then I told them that they can do both if they wanted to. This SEC title is really special, especially building it with Coach Riley for the last five years and what we’re able to quietly put together with recruiting classes. There’s something really special about that.”

“Something David Williams said to all the athletes before our season even started was, we’re Vanderbilt,” said Hannallah the night before the race. “We’re not just out there to be part of the SEC; we’re out there to really prove that we’re competitors and we belong out there as the best. We are Vanderbilt. We can come out not just as the underdog, but as the competitor.”

The women’s team now sets their sights on the Nationals, a goal that they set in training in the summer. It’s never seemed more possible.

But for now, the team will celebrate its first-ever SEC title.

Vanderbilt finished third last season behind Arkansas and Florida. Before last year, the Commodores had never placed higher than fourth.

Vanderbilt’s men’s team finished 11th and were led by John Ewing, who finished 53rd. Arkansas won the title on the men’s side for the 19th time in the last 21 years. 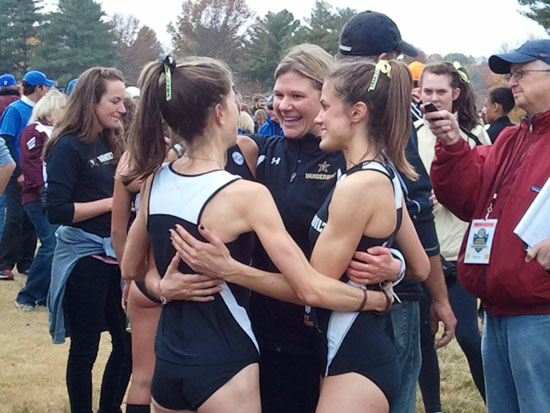