NASHVILLE, Tenn. – Vanderbilt lacrosse will embark on an international trip to London and Dublin on Monday. For timely updates on Vanderbilt’s trip, follow @VandyLacrosse on Instagram and Twitter.

The Commodores will venture across the Atlantic Ocean to compete in several lacrosse matches and take in sights and sounds of the two cities. The trip will take place May 27-June 4, 2019, spanning eight days and seven nights. They will also take on two international lacrosse teams in Team England and Team Ireland. 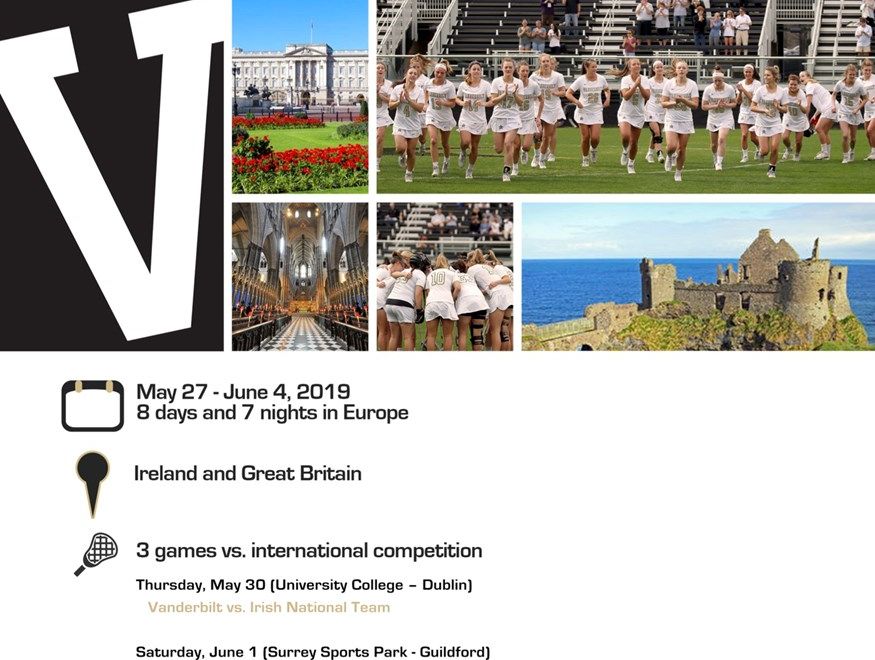 “We feel very fortunate to be able to offer our players the opportunity to travel overseas and compete against some of the best lacrosse teams in the world,” Hewitt said. “This trip affords our group the opportunity to compete at the highest level while also gaining experience in various cultures.  Vanderbilt has always made international travel and service a priority for our student-athletes, and this is just another example of how Vanderbilt Athletics finds a way to educate the whole person rather than just the athlete.”

The Commodores will take an overnight flight to Dublin on Monday, arrive Tuesday morning and take part in a guided tour of the city. The group will visit famous landmarks such as Book of Kells at Trinity College, O’Connell Street, Phoenix Park, St. Stephen’s Green and St. Patrick’s Cathedral.

On the next day in Dublin, Vanderbilt will take a trip to the Irish Farm Experience and viewing of the Irish Music and Dance Show. On May 30, the Dores begin with a tour of Croke Park Stadium, and they’ll visit the Gaelic Athletic Association and Gaelic Sports Experience. That evening, the team will play its first lacrosse match of the trip against Team Eire to wrap its stay in Dublin. 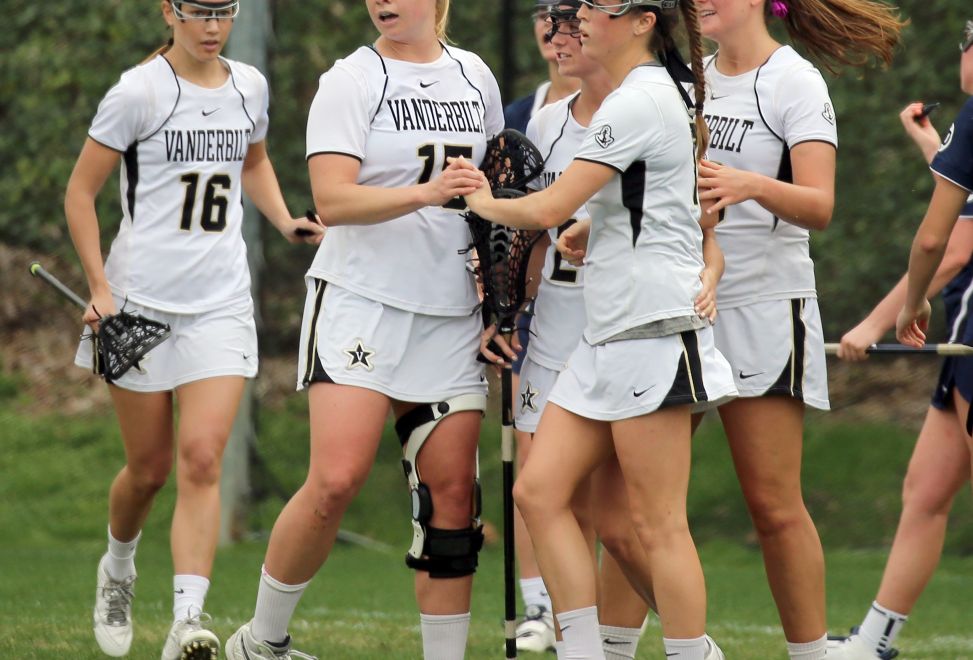 Day 5 kicks off with a flight to London, where the Commodores will take a walking tour of the city and check out the Covent Garden, Leicester Square, Trafalgar Square and Afternoon Tea.

Vanderbilt’s second day in London will feature three games against three different England National Team. The Dores will play against England’s U-19 and U-23 teams in the morning and will face England’s Senior Team in the afternoon.

The following day will start with a bus tour of the city, where the group will see Buckingham Palace (including the changing of the Guard), Big Ben and Houses of Parliament, St. Paul’s Cathedral and Westminster Abbey. An afternoon tea session will be followed by a theater show that evening.

Day eight in London features a guided tour of Windsor Castle and a chance to explore central London to conclude Vanderbilt’s trip.

The Commodores will return to Nashville on June 4.