VUCast Extra: Cheer on the Champions |

One day after the Commodores won the national championship, the masses gathered outside of Hawkins Field to greet the team upon their arrival on campus. Just a few hours later, approximately 4,000 fans packed into the multipurpose facility for the team’s national championship celebration.

It has been quite the whirlwind for the Commodores the last 20 or so hours. From winning the school’s first men’s national championship late Wednesday evening, to flying back to Nashville Thursday morning and then receiving a hero’s welcome at its CWS celebration event, the moments will never be forgotten by anyone associated with the program.

A little after 1 p.m. Thursday, rain began to fall heavily on Vanderbilt’s campus. At the time, hundreds had already gathered in front of Hawkins Field to greet the team buses, and many more were on their way. But the rain was not going to deter the faithful who had already gathered and those who were still arriving.

At 1:15 p.m., the crowd erupted as the buses turned down Jess Neely Drive. One by one with the rain pouring down, the players, coaches and staff exited the bus to the cheers of adoring fans. 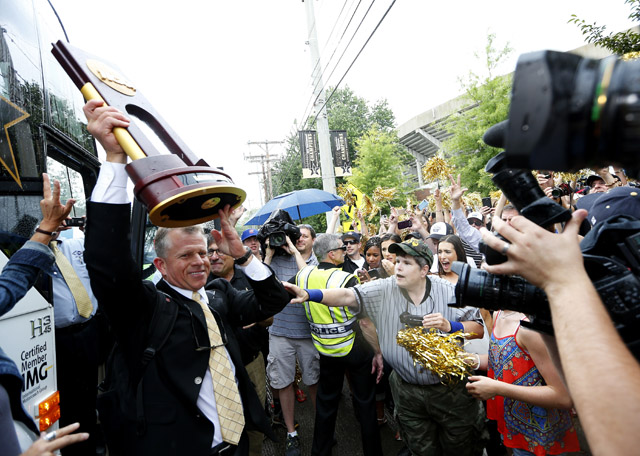 There were hugs, high-fives, autographs and photos as each player filed off the bus through the crowd of fans and toward the locker room. The last to make it through the crowd was Head Coach Tim Corbin, carrying the national championship trophy in a suit that had become water logged by rain after shaking hands, taking photos, signing autographs and conducting interviews with local media.

Just a few hours later, the team gathered inside Vanderbilt’s new multipurpose facility. There, the team was recognized before a crowd that seemed to grow by the second until what officials estimated to be 4,000 fans had packed into the facility.

The event began with the debut of the “Sights and Sounds” video, which was played on the video board. Fisher then welcomed the crowd and turned the mic over to public address announcer Steve Willard, who introduced each member of the team as they took their seats next to the stage. 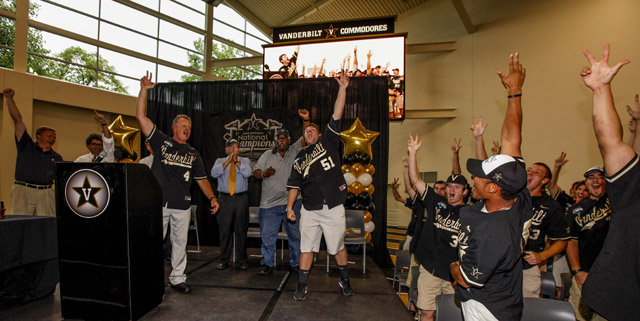 Speeches began after the player introductions and started with Zeppos. After the final speech, additional highlight videos from the championship series were played on the video board and players signed autographs and took photos with fans.

Those in attendance also had the opportunity to have their photo taken with the national championship trophy and purchase championship merchandise from Barnes & Noble at Vanderbilt.

It was an event that those in attendance will take with them forever. The Commodores had won a national championship and everyone who had gathered in the multipurpose facility was given one last opportunity to congratulate the team. It was a night to remember in season that will never be forgotten. 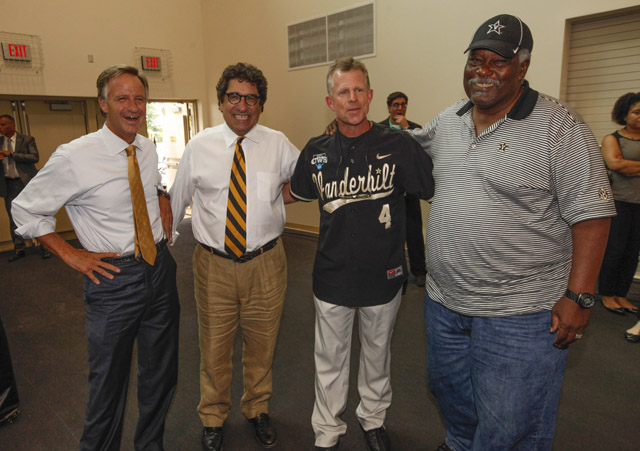 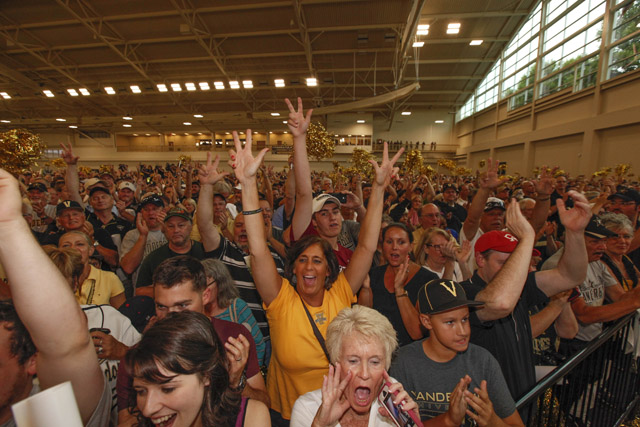