NASHVILLE, Tenn. — The Vanderbilt soccer team has been picked to finish the 2020 SEC regular season in fourth place, according to a preseason poll voted on by the league’s 14 head coaches released Wednesday.

The Commodores, coming off a 14-5-2 season in 2019 and Eastern Division title, are predicted to finish behind Arkansas, South Carolina and Texas A&M, respectively. Vandy hosts South Carolina on Oct. 11 and is not scheduled to face Arkansas or Texas A&M during the regular season.

Vanderbilt opens the 2020 campaign at 2 p.m. Sunday against Kentucky at the Vanderbilt Soccer/Lacrosse Complex.

The league’s postseason tournament is scheduled for Nov. 13-22 in Orange Beach, Alabama.

The SEC has earned 63 NCAA Tournament bids in the past nine season and eight different programs have reached the Round of 16 since 2013. 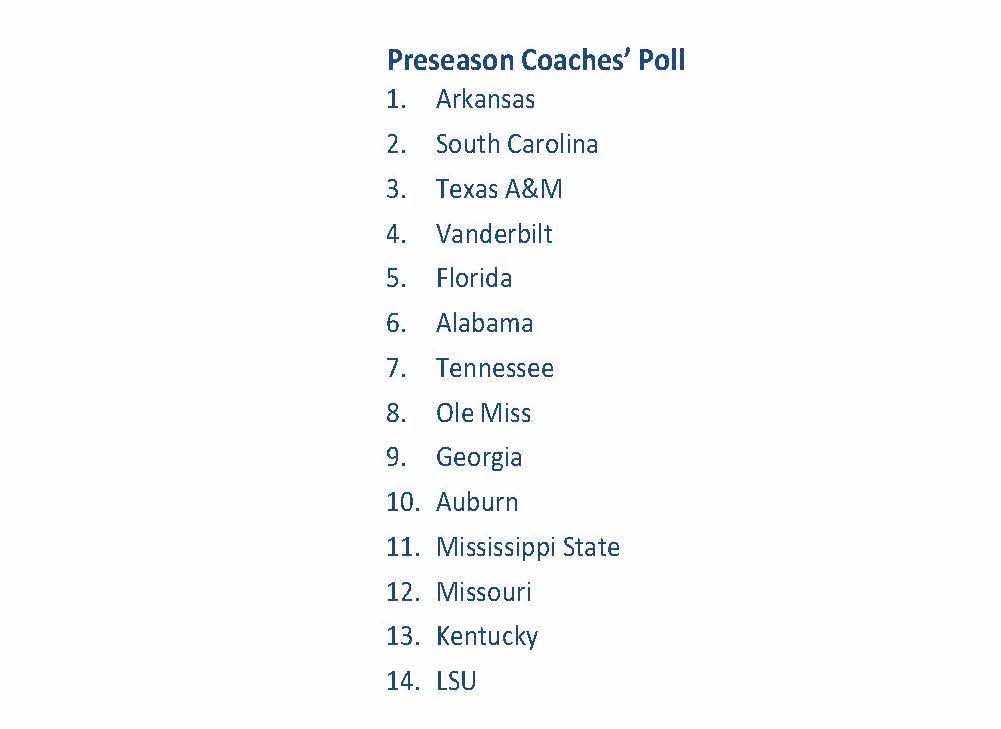