Vandy opens the 2020 season at 2 p.m. Sunday against Kentucky at the Vanderbilt Soccer/Lacrosse Complex.

Hopkins, the SEC Freshman of the Year in 2018 and a third-team All-America selection that season, scored 13 goals in 2019 and had six game-winning scores. The California native also had a team-high 30 points.

Shamburger helped anchor the back of the Commodores’ defense in 2019 and led Vandy with 1,963 minutes played and registered three assists on the offensive end.

Elwell was named All-SEC second team in 2019 and finished her season with a team-high 10 assists. She started all 21 matches for the Dores as a junior. 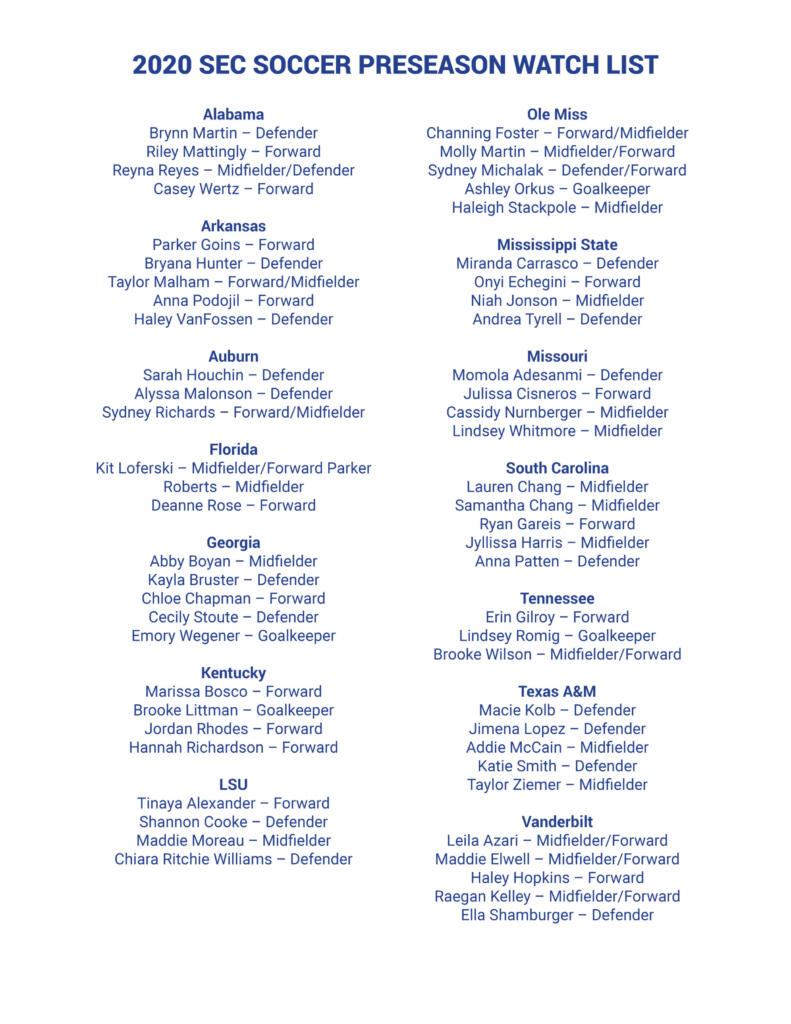