Cohen Blazing Trails in the NBA

NASHVILLE, Tenn. — Admittedly, Jessica Cohen does lean back every now and then and think how funny life can be.

A little more than a decade ago the former Vanderbilt swimmer thought she’d be starting a career in international health policy or a related field. Now she’s currently the lone woman in the National Basketball Association to be a head athletic trainer.

“I could have really expedited this if I would have figured it out earlier,” Cohen quipped. “But I wouldn’t change anything. Even in high school and college I didn’t give much thought to this being a potential career for me.

“But having such great medical resources at Vanderbilt and such great athletic trainers, I was exposed to it and the opportunity to pursue it and really glad it worked out that way.”

Cohen, now with the Portland Trail Blazers, certainly took the circuitous route to where she is today. And like many success stories her tail is woven with instances of when preparation met opportunity.

A Chicago native, Cohen actually began her college and athletic career at Boston University. But after her freshman season she yearned for a more competitive challenge both in the pool and in the classroom.

So she found her way to Nashville and transferred to Vanderbilt where she soon began to thrive as she briefly joined a sorority, participated in student government and the student-athlete advisory committee and took an alternative spring break. Cohen loved her experience so much that even now when she meets young students in high school looking at where to apply to colleges she implores them to consider Vanderbilt.

Cohen was also so successful in the classroom that she essentially created her own major by combining political science principles with health policy and human and organizational development. Her studies in those areas led her to a summer working in rural Kenya where she helped build schools and educate youth.

That was to be the professional career move in 2010 shortly after Cohen earned her bachelor’s degree from Vanderbilt. But then funding fell through from her future employer who then only offered her an internship.

When Cohen was lamenting her situation to a friend in the Vandy training room, fate entered the conversation. 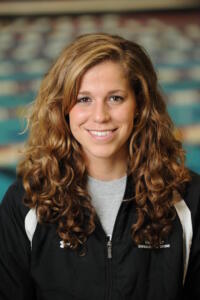 “I spent a lot of time in the training room at Vanderbilt when I was a swimmer from having bad shoulders. The head football athletic trainer heard me talking to my athletic trainer at the time. I was kind of in a bind – it was too late to start grad school, I wasn’t really sure what I was going to do,” Cohen remembered. “He was like, ‘Do you want to do an internship with the football team for the fall semester?’ I said, ‘Sure why not?’ ”

Cohen re-enrolled at Vanderbilt and began taking some biology and anatomy classes. With the Commodore football team she was learning how to tape ankles and make hydration drinks and doing any other basic-level tasks she was permitted to handle.

When Vandy’s football season had finished, Cohen, who has an unabashed love for all things Southeastern Conference, enrolled at Arkansas to work toward a master’s degree in athletic training. After completing that degree in 2013 she headed to her homeland of Chicago to get a physical therapy doctorate in physical therapy from Northwestern and hopefully gain some experience with the myriad of professional franchises in the area.

That plan worked as Cohen spent five seasons with the Chicago Sky in the Women’s National Basketball Association and then two more with the Atlanta Dream. Portland hired Cohen in 2019.

Cohen now sits in a seat not occupied by many women before her and not by any woman currently. That’s not a standard she often considers in the moment, but one she has come to understand its great importance.

“I don’t ever feel, whether I was in high school or at Vanderbilt, that something was not an option for me because I’m a female,” Cohen said. “For me, it’s been a natural trajectory of, ‘This is where I want to get to.’ Maybe ignorance is bliss a little bit or being naive was helpful at the time, but I guess I was fortunate enough to never think, ‘There’s just no way this can happen for me.’

“But now when I think about how the reality for some women is not what I experienced, I feel very honored to be able to demonstrate for young girls or students or adult women that you can have any role you’d like to have if you put the work into it and have the skillset for it and you shouldn’t be held back because of your gender.” 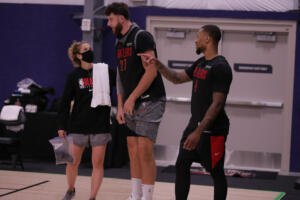 Cohen considers herself more of a runner now than a swimmer, although she did get back in the pool a lot in 2020 when the NBA was restricted to a “bubble” in Orlando, Florida, because of the COVID-19 pandemic. She also considers herself a tried-and-true Commodore whose mind and heart never stray too far from Nashville.

“I love Vanderbilt. I’m the biggest Vanderbilt fan. I’ve been in Big Ten country and now I’m in Pac-12 country and I always just talk about how the SEC is the best conference out there. I think overall I had a great experience,” she said. “I just wanted to have a high academic standard, to be able to participate in a super-competitive athletic conference and be a part of a lot of tradition that goes on in Vanderbilt and in the SEC.

“I really felt like I was able to have the best of all of it.”