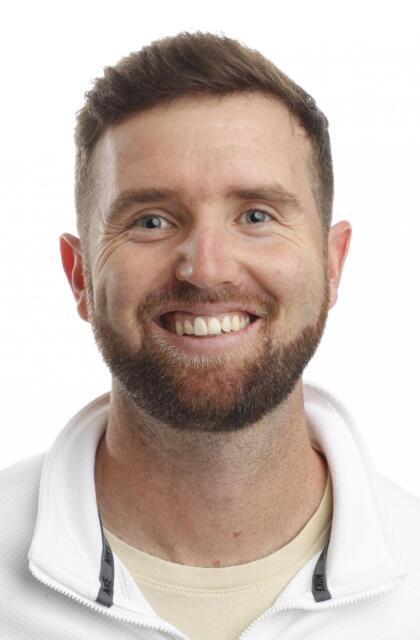 In the shortened 2020 season, Lipman helped guided the Commodores to seven dual match victories and notched their first conference win over Auburn before the season was cut short. Vanderbilt commanded a strong start to the season with wins over Nebraska and Belmont in the the opening day of dual matches. In the ITA Kick-Off, Vanderbilt finished the weekend with a 4-2 win over Indiana and went on to hold a three-match win streak. Vanderbilt finished the shortened season 1-3 in SEC play and 7-6 overall.

In his second season as assistant coach, Lipman guided the team to a 16-12 overall record, capping four victories over SEC foes. The Commodores conquered nine victories at home and held a six-match winning streak. In tournament play, the Dores advanced to the second round of the SEC Championships and advanced to the NCAA Super Regionals, clinching a 4-3 victory over Notre Dame. The Dores wrapped up the season falling to Ohio State in the NCAA tournament. Individually, Lipman helped coached senior Cameron Klinger and junior Billy Rowe advance to the NCAA doubles tournament and earn All-American status.

In 2017, Lipman led the Dores to success in his first season debut as assistant coach. Lipman helped guide the Dores to a 19-9 overall season, earning 7 wins over SEC opponents. Lipman also helped lead the Commodores to the SEC tournament where the Dores advanced to the quarterfinals as well as making an appearance at the 2018 NCAA tournament.

Lipman joined the Commodore staff as the assistant men’s tennis coach in the July of 2017.

A Nashville native, Lipman joins the Dores following a season under fellow Vanderbilt alum Bobby Reynolds as the assistant coach of the Auburn Tigers. At the time, Lipman was one of seven former VU student-athletes to serve on a Commodore coaching staff.

Lipman was the Dores’ first three-time All-American and premier SEC Freshman of the Year. He compiled several records during his five seasons in Nashville, including two which still stand; singles season doubles wins (30) and career doubles wins (36). Ryan served as the squad’s volunteer assistant coach throughout his redshirt season as well as the 2015 season.

“My decision to fill that role with Ryan Lipman was really a no-brainer,” said head coach Ian Duvenhage, “because nobody is more familiar with our program than he is. When I started telling people in our administration that I was thinking about bringing Ryan back, everyone was excited. That’s indicative of the kind of individual Ryan is. Ryan played here, volunteered here and understands first-hand what we’re all about. He loves Vanderbilt University and Nashville and is thrilled to be back.”

As a student-athlete, Lipman rose as high as No. 1 in the nation in doubles and No. 4 in singles, and he currently sits second all-time in VU men’s tennis combined wins (174) and third in singles victories (96). For his exemplary attitude on and off the court, Lipman was named the team’s captain and received the prestigious ITA Ohio Valley Arthur Ashe Award for both the 2013 and 2014 seasons.

Alongside doubles partner, Gonzales Austin, the two became the first Commodore players to earn ITA All-America honors in doubles. Additionally, they became the first to earn both singles and doubles All-America honors in the same season. Together Lipman and Austin finished the year at No. 3 in doubles play. The duo set both the single season and career wins record for a Commodore doubles team with 30 and 36, respectively.

Lipman is the first three-time All-American in Vanderbilt men’s tennis history. The Nashville native received the ITA Ohio Valley Arthur Ashe Award for both the 2013 and 2014 seasons.

RS-Senior (2013-14): Spring– Named 2014 ITA All-American in both singles and doubles … Finished the year ranked No. 44 and No. 3 by the ITA … First VU duo (w/ Gonzales Austin) to earn All-American honors in doubles … Becomes the first ever three-time All-American in Vandy men’s tennis history … Received the ITA Ohio Valley Arthur Ashe Award for the second-straight season … Named Second-Team All-SEC … First VU men’s tennis player to earn All-conference honors in all four seasons … Set the Vanderbilt single season and career wins record by a doubles team with Gonzales Austin … Qualified for the NCAA Singles and Doubles Championships … Joined Austin as the first singles player to make it to the round of 16 since 2004 … First doubles team to make it past the first round of NCAA’s … Defeated No. 10 Yannick Hanfmann (USC), and No. 45 Jordi Vives (FGCU) before falling to No. 55 Ben McLachlan in NCAA singles play … Made it to the quarterfinals of the NCAA doubles tournament with Austin … Defeated No. 11 Chappell/Stein (TCU) and No. 17 Angus/Stropp (Miss. State) before falling to No. 9 Harrington/Maden in NCAA play … Finished 16-5 in dual play, 8-2 in SEC singles play … Played at No. 2 for the majority of the season … Took down No. 34 Mikelis Libietis in the win over No. 15 Tennessee … Defeated No. 106 Gordon Watson in the win over No. 15 Florida … Clinched the road win against Auburn in an three-hour match against No. 64 Dan Cochrane … Defeated the SEC Freshman of the Year Florian Lakat of Mississippi State … Defeated No. 56 Connor Glennon in the win over No. 18 Memphis.

Fall – Played just two singles matches in the fall duo to injury … Went 10-2 in doubles with Austin … Won the SEC Fall Classic in Nashville, defeating No. 6 Stropp and Angus of MSU, 8-7 (9) … Made it to the round of 16 at the ITA All-American tournament.

RS-Junior (2012-13): Named 2013 ITA All-American … First Team All-SEC for the third-consecutive season… SEC Academic Honor Roll for the second-straight season … SEC Player of the Week (3/6) … Completed the season with a 31-11 overal record, including 20-6 in dual play and 8-4 in conference play … Finished the season ranked 10th by the ITA … Went 8-6 against ITA ranked opponents … Played all but three singles matches out of the No. 1 position … Defeated No. 28 Mac Styslinger in the opening round of the NCAA Singles Championship … Won in straight sets over ETSU and Illinois helping VU advance to the Sweet 16 … Started the dual season winning 18 of 21 matches, including 12-straight from 1/26 against No. 34 Minnesota through 3/15 against No. 13 Mississippi State … Made it to the semi-finals of the USTA/ITA National Indoor Championships … Won the USTA/ITA Regional Championships over Mikelis Libietis of Tennessee, 6-3, 6-4.

Junior (2011-12): Played in one fall match before redshirting due to injury.

Sophomore (2010-11):Led the team with 24 victories this year … Went 24-12 overall with a 15-7 mark at the No. 1 singles position … Ended the year ranked 34th in the nation … Named to the All-SEC First Team for the second consecutive year … Selected to the NCAA Singles Championship but did not play due to injury … Clinched Vanderbilt’s win over No. 44 Indiana with a straight-set win at No. 1 singles … Won five of his first six matches in the dual season … Topped Wil Spencer, ranked 15th in the nation … Defeated third-ranked Rhyne Williams of Tennessee … Qualified for the ITA National Indoor Tournament … Advanced to the semifinals of the USTA/ITA Ohio Valley Regional, before falling to eventual national champion JP Smith of Tennessee … Went 3-1 at the Southern Collegiates, falling in the semifinal round.

Prep/Juniors:Finished runner-up to Chase Buchanan at the 2009 USTA Boys’ 18 National Championships, the most prestigious junior tournament for U.S. citizens … Runner-up finish earned him a spot in the 2009 U.S. Open qualifying draw … Lost to Illya Marchenko, 6-4, 7-6, in first round of qualifying draw … Ranked No. 3 in the class of 2009 by Tennisrecruiting.net … Consistently ranked in top 20 of USTA Boys’ 18 singles rankings … Recipient of the Bill Talbert Junior Sportsmanship Award from the United States Tennis Association … Ranked No. 34 in final ITF Junior World Rankings in 2008 … Coached by former Vanderbilt Head Coach Billy Tym since age six … Also recruited by Georgia, Georgia Tech and Virginia among others