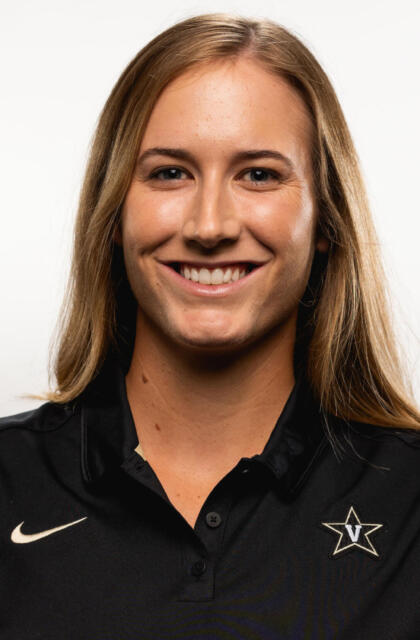 Carter, one of the most decorated student-athletes in college tennis history, stepped away from professional tennis to join Tsoubanos and the Commodores.

The winningest player in ACC women’s tennis history, Carter spent four seasons at North Carolina and earned seven ITA All-America honors (four in singles, three in doubles). She posted career records of 168-25 in singles and 126-23 in doubles and led the Tar Heels to a four-year record of 123-14 and 53-3 in ACC regular season play.

Born in Chattanooga, Tennessee, Carter is the only women’s tennis player in ACC history to be named Scholar-Athlete of the Year, ACC Player of the Year and Tournament Most Valuable Player in back-to-back years.

Developing a championship pedigree at North Carolina, she helped the Tar Heels to four regular season ACC titles, two ACC Tournament championships and the 2015 ITA Indoor National Championship title. She was also a 2017 Patterson Medal recipient which is the most prestigious athletic honor awarded at North Carolina.

Previously, Carter was on staff at her alma mater at North Carolina in 2018-19 after serving as an assistant coach at Oklahoma State during the 2017-18 season.

On the pro tours Carter reached as high as No. 25 in the WTA doubles rankings as recently as this week’s July 12 release. She has claimed two WTA titles in her career, both coming in 2020 with Luisa Stefani in Lexington and Tashkent. That came after winning nine ITF doubles titles between 2018 and 2019.

Competing in each of the first three Grand Slam events this year, Carter reached the Round of 16 at the Australian Open with Stefani before going on to play the French Open at Roland-Garros with former Commodore standout Astra Sharma. Throughout her career, she posted career best finishes in the 2020 US Open by reaching the quarterfinals, as well as third-round finishes at both the 2020 and 2021 Australian Open and the 2020 French Open.

Carter replaces Geoff Macdonald on staff, who stepped back from his role with the program after 27 years to become Vanderbilt’s strategic partnerships and engagement manager. He spent 26 seasons as the head coach of the program from 1995-2020 before transitioning into an assistant role for one season in 2020-21 to allow Vanderbilt to promote Tsoubanos, a former Commodore great, to head coach.

Head coach Aleke Tsoubanos: “I am absolutely thrilled to welcome Hayley to Vanderbilt. The biggest things that stood out to me in speaking with her were her passion for coaching and development, as well as her love of college tennis. Hayley is a tireless worker who values relationships and I know she is eager to meet the team and get started. She is a proven winner at the highest level in our sport, and I know her experiences at North Carolina, Oklahoma State and on the WTA Tour will be invaluable as we work together to continue a tradition of excellence with this program.”

Hayley Carter: “I’d like to thank Aleke Tsoubanos, Candice Storey Lee, and the rest of the Vanderbilt Athletics community for the amazing opportunity to join the family. I always knew I eventually wanted to get back into college athletics, and I could not imagine a better return than working with the Vanderbilt tennis program and working with a coach like Aleke. The program has established itself as one of the best and most well-respected programs in the nation, and I look forward to working as hard as possible to help continue that tradition of excellence.”