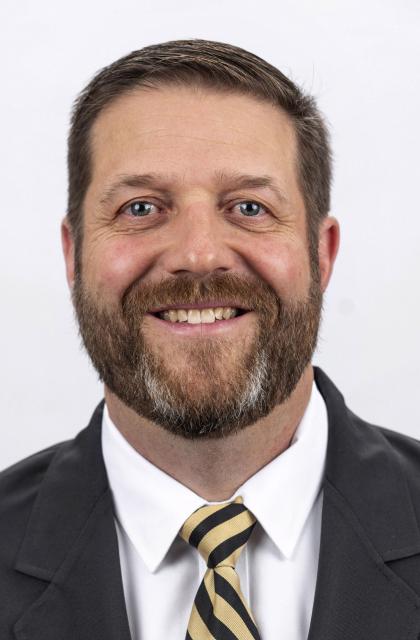 Gdowski was on Mason’s initial Vanderbilt staff in 2014, serving as tight ends coach. For the last three years, he has mentored Commodore quarterbacks.

In 2018, Gdowski served as quarterbacks coach for a Vanderbilt offense that averaged 28.5 points/game, the third highest scoring average by the Commodores since 1950. The unit also averaged 411.2 total yards/game, the most since 1974.

Gdowski’s top pupil on West End, four-year starter Kyle Shurmur, left campus as the most productive quarterback in Vanderbilt history. Leading the Commodores to the 2018 Academy Sports + Outdoors Texas Bowl, Shurmur completed 62% of his passes (254-406) for 3,130 yards and 24 touchdowns. Shurmur’s passing yardage and touchdown passing totals in 2018 rank as the second highest in team history.

Shurmur also blossomed under Gdowski’s direction. In three years working under Gdowski’s tutelage, Shurmur threw for 8,362 yards and 59 touchdowns. He completed 58.4 percent of his pass attempts, and threw just 26 interceptions. Shurmur ended his career as the owner of nearly every significant Vanderbilt career passing mark, including 8,865 passing yards, 64 touchdown passes, 722 completions and 1,264 attempts.

In his role as tight ends coach, he mentored Steven Scheu to second team All-SEC recognition in 2014 after Scheu posted team highs with 39 catches and 525 receiving yards.

Gdowski came to Vanderbilt after spending nine years at Ohio. He mentored quarterbacks at Ohio, and also had titles of assistant head coach and co-offensive coordinator. During his tenure at Ohio, Gdowski helped mold Tyler Tettleton into one of the greatest quarterbacks in Bobcats history. Tettleton set Ohio career records in passing yards and touchdowns, and became the only quarterback in school history to post three straight seasons of at least 2,500 yards passing. In 2013, the Bobcats averaged nearly 27.4 points/game and 380 yards of total offense, including 245.4 passing yards. Tettleton also threw for 2,851 yards and 21 touchdowns.

Gdowski mentored Tettleton to another successful season in 2012. The quarterback became the first at Ohio to throw for at least 2,500 yards in back-to-back seasons. He also finished with 18 touchdowns and just four interceptions. The 2011 offense was the most productive unit in modern team Ohio history, totaling 427 points and 6,241 total yards. In all, the Bobcats offensive unit set eight program records during the season. Tettleton set 12 single-season records as first-year starting quarterback, became the first signal-caller in school history to pass for over 3,000 yards, and accounted for 38 total touchdowns.

In 2008, Gdowski helped mentor Jackson as he set the school’s single-season record for touchdown passes. Jackson also threw for the second-most yards in school history and put himself on three of Ohio’s career passing marks, including completion percentage, passing yards per attempt and passing efficiency at the time. In 2007, Gdowski mentored Brad Bower to then-Bobcat career passing records in yards per attempt and passing efficiency. The 2007 offense also ranked second all-time in Ohio team history for points scored.

In his first three seasons with the Bobcats, Gdowski also helped Austen Everson become one of Ohio’s all-time top 10 passers in several categories. Everson currently serves as director of player personnel for Vanderbilt.

Gdowski went to Ohio after eight seasons at New Mexico State. He was the Aggies’ recruiting coordinator and quarterbacks coach until 2003 when he took over as offensive coordinator. The Aggies ranked second in the Sun Belt Conference in 2004 in scoring offense and passing offense.

Gdowski began his coaching career at Nebraska, working with the quarterbacks, tight ends and receivers as a graduate assistant from 1991 to 1993. He then moved to South Dakota State, where he coached for three seasons. After two years as quarterbacks and wide receivers coach, Gdowski was promoted to offensive coordinator.

As a player, he earned three letters at Nebraska under legendary coach Tom Osborne. Gdowski was the starting quarterback and team captain for the Cornhuskers in 1989 and was named to the All-Big Eight First Team. He was an eighth round draft choice of the New Orleans Saints that spring.

Gdowski excelled off the field at Nebraska as well. He earned CoSIDA Academic All-America honors in 1989 and was awarded the National Football Foundation and Hall of Fame Postgraduate Scholarship as well as the NCAA Postgraduate Scholarship. A 1990 graduate of Nebraska with a bachelor’s in business administration, Gdowski also went on to earn his master’s from the school in 1996.

A Fremont, Neb., native, Gdowski and his wife, Sam, have three sons – Isaac, Luke, and Tommy.