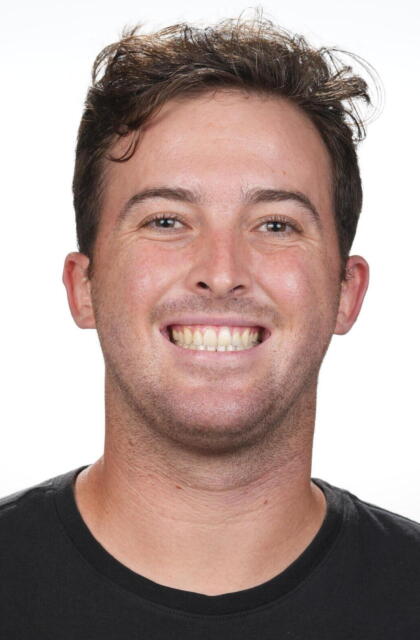 Chase Colton is in his second season with the Vanderbilt women’s tennis program in 2021-22 and serves as a volunteer assistant coach.

In his first season with the program, the Commodores got off to a perfect 8-0 start with a big road victory over No. 9 Georgia Tech. While also beating four ranked SEC teams along the way, Vandy reached its 26th-straight NCAA Tournament and nearly ousted No. 15 seed Ohio State in the second round on the way to finishing No. 29 in the nation as a team.

Colton was a four-year letterwinner at the University of Wisconsin from 2016-20. He played as high as No. 1 singles and doubles and finished with more than 100 career wins as a Badger.

Colton’s sister, Courtney, was a four-year letterwinner for the Commodores from 2012-16, and was a member of Vanderbilt’s national championship team in 2015 as well as the NCAA semifinalist squad in 2016.

Colton, who graduated with a bachelor’s degree in English in 2020, was an ITA scholar athlete, three-time academic all-conference honoree and Big Ten distinguished scholar during his time at the University of Wisconsin-Madison.