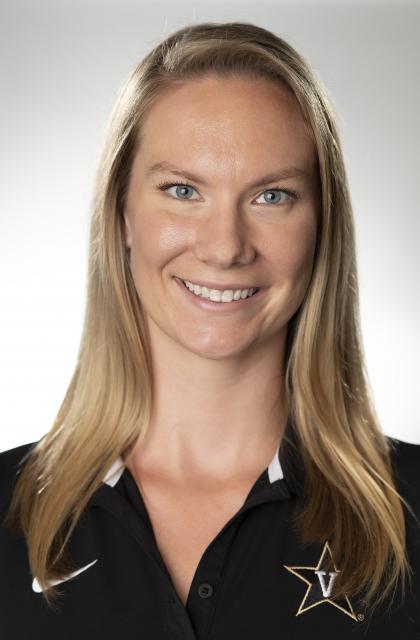 After joining the Vanderbilt swimming coaching staff in 2019, the 2022-23 season will be Chelsea Bailey’s fourth as an assistant with the program.

Since coming to Vandy, in her role as recruiting coordinator Bailey has helped bring in 11 student-athletes who have recorded 29 times that rank among the top 10 on the Commodores’ all-time performer list highlighted by three individuals — Faith Knelson, Mercedes Traba and Kailia Utley — combining to set five school and freshman records. In all, Dore swimmers have posted the fastest time in program history in six different events with 26 individuals making the school’s all-time performer list on 66 occasions her first three seasons on the staff.

Her efforts have also aided the program in earning 11 dual-meet victories during that span after Vandy finished with a 5-2 record during the 2021-22 season.

With her help, 12 Commodores finished with personal-best times in at least one event at the SEC Championships last season with another four individuals recording a career-low mark during the regular season as well. That included Kailia Utley setting a new school and freshman standard in the 200-yard butterfly and Mercedes Traba recording a program freshman record in the 400-yard individual medley.

Bailey helped Vandy navigate the pandemic while still excelling and improving in the pool with numerous personal bests throughout a shortened 2020-21 campaign, while in her first season with the program she helped lead the Dores to six dual-meet victories as well as a third-place result at the mid-season TYR ’85 Invite before student-athletes posted 14 career-best times and a new school record in the 100-yard breaststroke at the 2020 SEC Championships.

A native of Seattle, Washington, Bailey has always had a passion for the water. During her 14 years of competitive swimming, she qualified multiple times for World Trials, NCAA Championships and national championships, and competed in the 2016 Olympic Trials.

Bailey attended, graduated, and swam for San Diego State, earning a bachelor’s degree in social science with an emphasis in psychology in 2015. While there, not only did she earn All-American honors each of her final two seasons in the 200 free relay but she competed in eight different events at the 2014 and ’15 NCAA Championships. A 15-time All-Mountain West Conference selection during her collegiate career, Bailey served as team captain for the Aztecs two years, was recognized as a scholar-athlete after earning dean’s list recognition, and participated as an active member of the school’s Student-Athlete Advisory Committee.

Upon completion of the Olympic Trials became an assistant coach at Seattle University, where she guided the sprint group to a successful 2018-19 season before coming to Vanderbilt. Bailey received her master’s degree n secondary education with an emphasis in psychology from Grand Canyon in 2019.