Hickman struck out 10 in six innings and limited the Wolverines (50-22) to one hit after he gave up three in a row to start the game.

Kauffmann, making his third start in the CWS, struggled with his control, and Vandy broke open the game with three runs in the third inning and two in the fourth.

When Ako Thomas flew out to center to end the game, the Vandy dugout and bullpen emptied and catcher Philip Clarke sprinted to the mound to embrace Eder.

The Commodores were a model of consistency from start to finish this season. They swept the Southeastern Conference regular-season and tournament titles, set the league record for wins, tied the record with 13 draft picks and lost back-to-back games just twice.

They’re the sixth national champion from the SEC since 2009 and 12th overall, second only to the 18 won by the Pac-12 and its previous iterations. At No. 2, Vandy became the highest national seed to win it all since Miami in 2001. 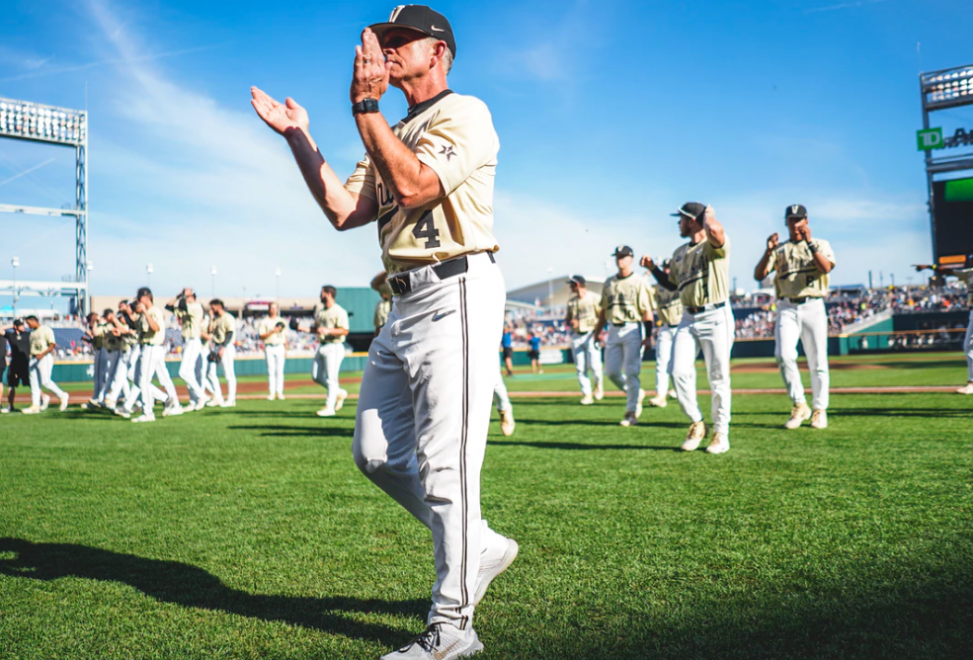 The loss ended a surprising postseason run for Michigan, which went from being one of the last four teams picked for the 64-team NCAA Tournament to becoming the first Big Ten team to play in the finals since Ohio State in 1966.

Hickman gave up three straight singles to start the game, leading to Michigan’s first run. He retired nine of the next 10, striking out six, and got out of trouble when the Wolverines loaded the bases in the fourth. He retired the last six he faced before turning the game over to Eder.

Hickman fanned nine or more in five of his final six starts and allowed one or fewer runs in nine of his last 13.

Though the Commodores brought to Omaha an offense ranked in the top five nationally in the major categories, it was pitching that carried them for most of their stay. 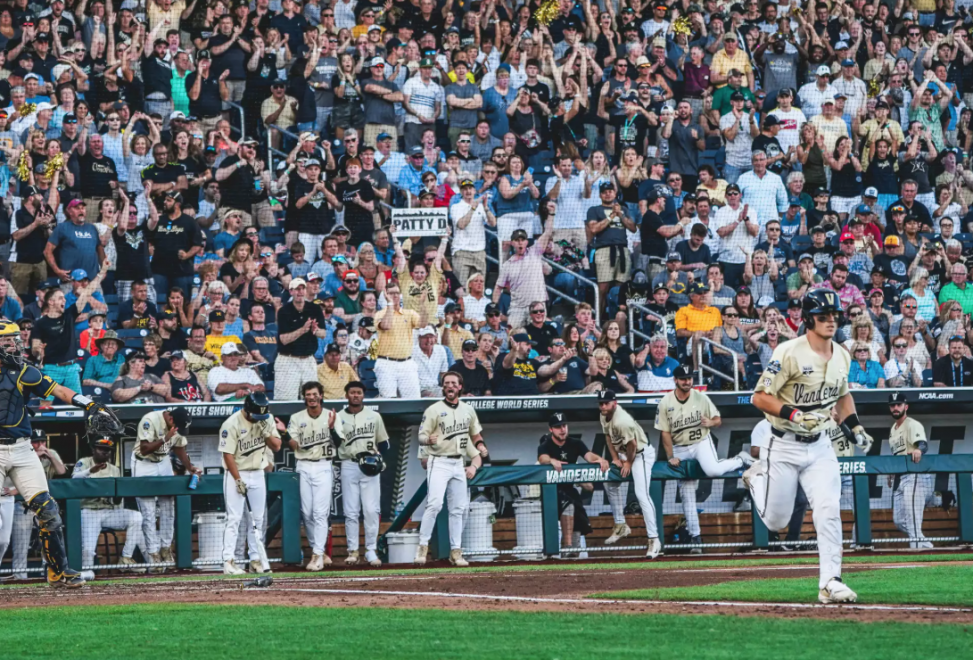 Vandy had eight runs on nine hits Wednesday, but its .221 average in six CWS games was the lowest for a national champion in the aluminum bat era that started in 1974.

Vandy got hits when it needed them in Game 3. Pat DeMarco sent Kauffmann’s hanging slider 407 feet into the left-field bleachers — his seventh homer of the season and 100th for the Commodores — to tie it at 1 in the second.

The Commodores scored three runs with two outs in the third. Two walks and a single loaded the bases, and Kauffmann walked DeMarco to force in the go-ahead run. Stephen Scott singled up the middle for two more. 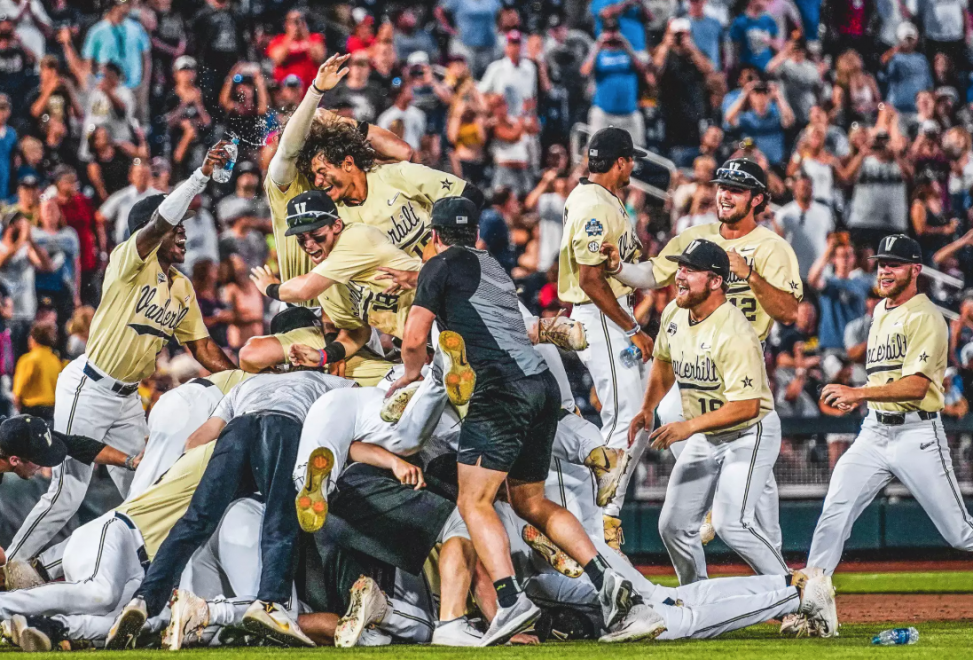 Kauffmann tied a career high with five walks, four coming in a stretch in which six of seven Vandy batters reached base. Jeff Criswell relieved after Kauffman walked Ty Duval leading off the fourth, and JJ Bleday’s single and Ethan Paul’s sacrifice fly stretched the lead to 6-1.

Vandy pitchers combined for a 2.50 ERA over six CWS games. Hickman allowed one earned run and struck out 13 in 12 innings. Kumar Rocker, who threw the no-hitter in super regionals that already is part of college baseball lore, gave up two earned runs and fanned 17 in 12 1/3 innings. Closer Tyler Brown threw 7 2/3 shutout innings and recorded three saves. Rocker was selected the CWS most outstanding player.

In the magical run to a national championship, Vanderbilt baseball coach Tim Corbin said he was often asked when he first realized the 2019 edition of the Vandy Boys could be something special.

"When I say someone is family, it means more than the average person."