It was the Commodores’ third win in four 2020 tournaments.

McKendree had actually edged Vanderbilt in the 1 vs. 2 seed match to start the day, forcing the Commodores to beat host Arkansas State for a chance at a rematch. It was the same scenario a month ago at the Northeast Invitational, the two powers splitting Sunday matches but Vandy winning the two that won tourney championships.

Vanderbilt and McKendree have seemingly emerged as the two major rivals in NCAA bowling, becoming the Venus-Serena of the sport. They usually play when the stakes are high and the matches are often classics.

In six Sunday meetings this calendar year, the two have each won three times.

“The last couple of years we have played each other a lot,” Vanderbilt head coach John Williamson said, “and sometimes the matches play to our strength and other times to theirs. We seem to figure out how to make them exciting.

“We felt we were lined up pretty good today. We out-struck them the first game but made more mistakes. The second match was similar but with fewer errors on our part.”

Williamson said he felt that the Commodores needed to throw strikes in these matches – spares were not going to get it done – and that was a factor in keeping his lineup intact.

Maria Bulanova was named to the all-tournament team based upon her second place individual finish Saturday. The Commodore star was at near the top of her game Sunday, nailing 14 strikes in the championship match – most of which came under pressure.

Bulanova anchored a steadfast lineup of Adel Wahner, Angelique Dalesandro, Samantha Gainor and Mabel Cummins and that quintet produced some intense if not memorable moments.

In the day’s opening game with McKendree, a 4-2 Bearcat win, Vandy won one of the Bakers by a 226-225 whisker while losing 213-211 in another game and dropping a 214-213 heartbreaker in the deciding sixth. Both teams were exceptional and Cummins struck nine times in 12 frames as an example.

The ensuing Arkansas State match was also hard on fingernails despite the deceptive 4-1 final score.

Vandy jumped out to a 3-0 advantage, aided by a thrilling 255-254 win in the second game when the Commodores ended with nine strikes in a row. It was one of the highest scoring games in program history decided by one pin (although official records are not kept on such an occurrence).

The Commodores continued their blistering pace into the title match, winning the first game 252-204 on the strength of a seven-bagger. McKendree bounced back to win the second game and Vandy won the third and fourth games by narrow margins.

Game 5 was collegiate bowling at its finest.

Vandy started the game with the front six but the Bearcats fought back with five in a row. After the game’s only open, when Cummins just missed a 3-6-10 conversion, the game was tied at 215 into the 10th.

Clemmer … strike. Bulanova … strike. One ball to finish it … Clemmer strikes and Bulanova cooly strikes to end the game in a tremendous 245-245 draw with each team earning a half-point. Whew!

“Throwing those three strikes was a turning point,” Williamson said. “I think it took some wind out of the McKendree sails as they probably felt it was going to be 3-2, not 3.5-1.5. Maria is probably the best in the country for a reason, she was actually not in her comfort zone and she was still able to excel.”

McKendree struggled in the deciding game, opening three of the first six frames as Vandy scampered off to a 199-158 victory.

The championship is the 37th in program history and Bulanova’s all-tournament berth was her career 14th.

Vandy is now off for two weeks before heading to New Jersey for the Monmouth Invitational. 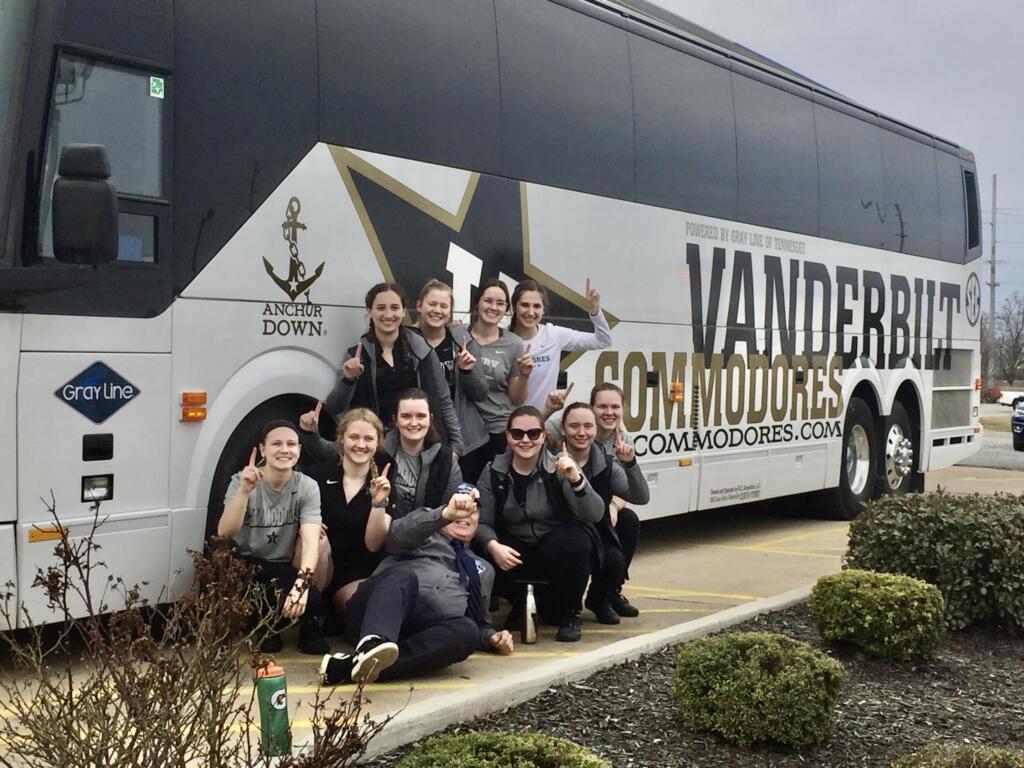