NASHVILLE, Tenn. — For Brinae Alexander, she came to grips with momentarily losing the sport she loved well before many others during the current climate of COVID-19 precautions felt that particular pain.

It was Nov. 28. The Vanderbilt sophomore and her Commodore teammates were in the Bahamas. They had just taken the floor to face Rutgers in the Junkanoo Jam.

“Emotions were really high. The day we got to the Bahamas it was my birthday. I had just turned 20. I was on cloud nine,” Alexander said. “We were in the Bahamas and it was the best thing ever.

“I’ve been doing great, I’ve been a leading scorer, I’ve been very consistent and efficient and I was proud of my game. At that point I was finally where I wanted to be – I was playing the position I wanted to play, I was being productive. 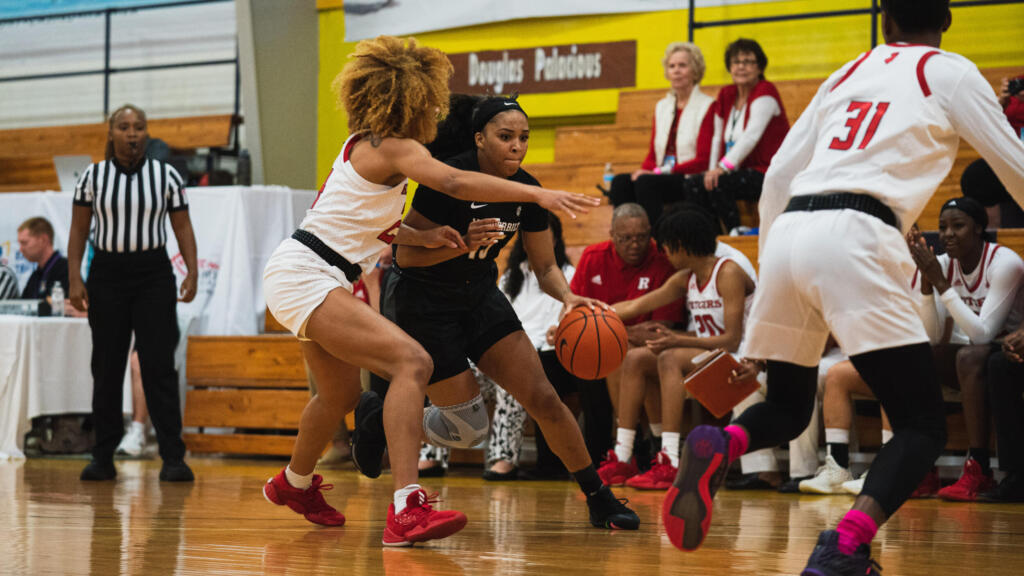 But seven minutes into that contest, Alexander went down. Her right foot or ankle or leg – something was wrong down there. It was more of a burning sensation than anything else.

Alexander remembers Vanderbilt head coach Stephanie White being first on the court, which, looking back should have been a tell-tale sign the injury was serious. Team physician Dr. Alex Diamond and the training staff helped to move Alexander from the bench to behind the bleachers.

The reality began to set in that Alexander wasn’t going back in the game – or any other game for a really, really long time.

When the tears had subsided and Alexander returned to Nashville that weekend she was scheduled the following Monday to have surgery on a torn right Achilles tendon. She had a splint on her leg for two weeks before having to wear a walking boot for nearly three months.

All the while she watched as what should have been her sophomore season go on without her.

“I’m a big leader and play a big role on the team, so it was my job, even though I wasn’t able to practice or be in practice, I would still coach the girls up on the sidelines and give pointers and just try to help them out on the floor,” Alexander said. “Being off the floor I gained a whole different perspective, even mentally watching the game. That was cool.

“But there were days where I would just come in and be ready to get it over with so I could go home. I had to show up to practice and it was a constant reminder that I wasn’t able to play any more. It was kind of sad in that way. I would try to hold it all in sometimes, but then one person would ask, ‘Are you OK?’ and I would just burst into tears. So some days I needed to cry it out, some days I needed to not think about it.”

From Riverdale High School in Murfreesboro, Tennessee, Alexander had been averaging 13.4 points through the first seven games of the 2019-20 season. She had scored in double figures – including 20 in the opener against Jacksonville State – in each contest before leaving the Rutgers affair early.

Alexander played in 20 games as a freshman and scored 9.1 points per game. She also stood by the side of teammate Jordyn Cambridge, a sophomore guard from the Ensworth School in Nashville, who had lost playing time due to injury that season. That, Alexander said, turned out to be somewhat of a lesson in mental strength when dealing with her own physical setback.

Vanderbilt continued to make strides without Alexander (and despite other significant injuries to key players) during the ’19-20 campaign. The Dores upped their win total to 14 and closed the regular-season with a win over a ranked Kentucky squad.

Alexander swallowed the disappointment of not being able to compete and relished the successes her friends were working so hard to accomplish.

“I was very proud of my teammates. I love those girls and I love the team,” she said. “I really wanted to help – and just because I was hurt I didn’t want to not be an important part. The role I had was to be on the bench to help my teammates and cheer them on and make sure they feel good.

“And then the coaches might say something in the heat of the moment to some of the younger players and they might not understand it. So sometimes I felt like I had to re-say it in a different way to where they understand or maybe talk to them and just help them out.” 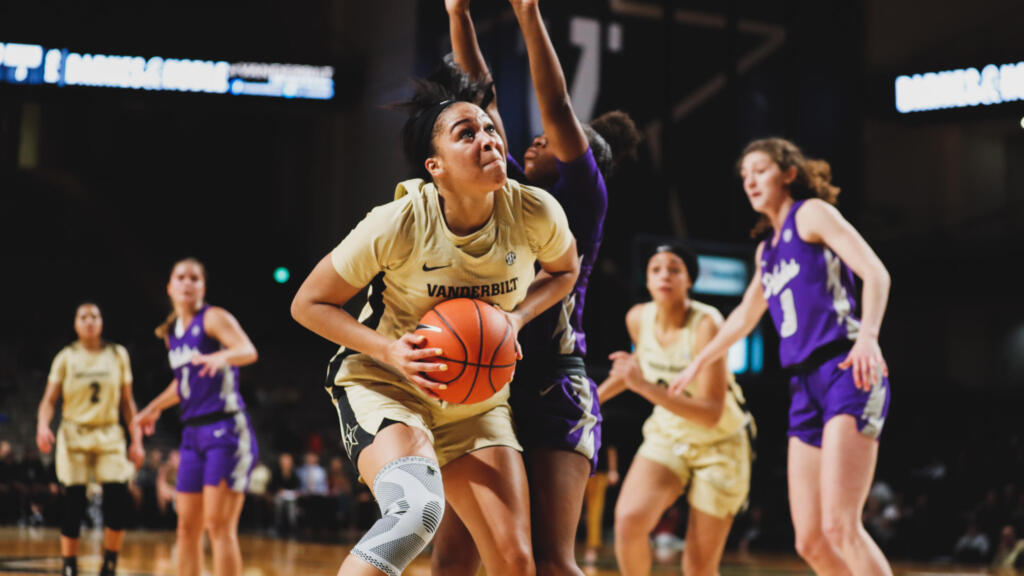 These days, the Commodores all try to meet as a team once a week – usually on Mondays – via video teleconference. But the discussion mostly revolves around life and safety and well-being. And Alexander goes about her business of rehabbing with physical therapy, moving from simple heel lifts in the beginning to strength conditioning to recently doing cardio workouts.

The 5-foot-10 forward is on track to start some light jogging this week.

Majoring in psychology with a minor in business, Alexander’s ultimate goal is to play the game she loves at a professional level. And she has to remind herself every day that she’s not falling behind in that endeavor because the world of basketball has taken a break, too.

She just had, sort of, a head start.

“Sometimes I get a sense of urgency like I’m not doing enough to get back from my injury. Sometimes I feel like I’m just sitting here and people are out working and getting ahead,” she said. “But then I have to remember that everybody is home, so everyone is really on a mental break.

“That just keeps me sane knowing that I’m working every day toward getting healthy and getting back.”

How Vanderbilt bonded together with the help of coach Molly Grisham