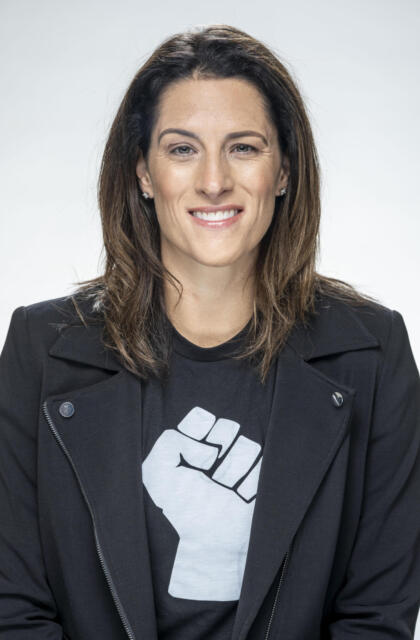 Stephanie White is in her fifth season at the helm of the Vanderbilt women’s basketball program in 2020-21. She was named the fifth head coach in program history on May 24, 2016.

When she arrived in Nashville prior to the 2016-17 season, White inherited a young Vanderbilt team and a program that needed to be rebuilt and revived.

White’s first few seasons relied on developing a young core. In each of her first three seasons, Vanderbilt boasted an All-SEC Freshman selection, including Chelsie Hall (2017-18), Brinae Alexander (2018-19) and Koi Love (2019-20). White’s recruiting classes have continually been deeper and more impressive, including two espnW top 100 recruits and seven freshmen from six states in the Class of 2019.

Following two seven-win campaigns, White’s squad made a big jump last season. The Commodores doubled their win total, which included the program’s first road Pac-12 win since 2012 (at Washington), a 10-win nonconference season—the most under Coach White—and a victory over No. 15 Kentucky in the regular season finale.

Vanderbilt returned four of its five starters from the end of the 2019-20 campaign, which did not include Brinae Alexander, who will return after she started the first seven games and led the team in scoring before a season-ending achilles injury. In addition to two freshmen—Bella LaChance and Emily Bowman—the Commodores also add Missouri transfer and 2019 All-SEC freshman honoree Akira Levy to the lineup after she sat out for her transfer year in 2019-20.

WNBA, Coaching and TV Background
Having enjoyed success at virtually every level of basketball as a player and coach, White arrived at Vanderbilt after spending two seasons as the head coach of the WNBA’s Indiana Fever. She took the Fever to the playoffs in each season, including a trip to the WNBA finals in 2015, becoming the first rookie coach in league history to lead a team to the finals.

White, who played five seasons in the WNBA, was an assistant coach with the Chicago Sky from 2007-2010, then joined the Fever staff as an assistant in 2011. She was promoted to associate head coach in 2014 before being named head coach after Lin Dunn’s retirement. While coaching in the WNBA, White served as a college basketball analyst for ESPN and the Big Ten Network. She also covered the NBA’s Indiana Pacers for FOX Sports Indiana.

Before beginning her coaching career, White spent one season with the Charlotte Sting and four with the Indiana Fever, before retiring in 2004.

At the completion of her four seasons with the Fever, she ranked third in games played (112) and 3-pointers (92), and fourth in scoring (684). She was named to the Indiana Fever’s All-Decade Team in 2009.

Collegiate Career
As a collegiate player, White enjoyed a highly successful career at Purdue, where she led the Boilermakers to the 1999 NCAA championship as a senior. That season, she also received the Wade Trophy, given to the nation’s top female player, and was named Big Ten Conference Player of the Year.

White averaged double-figure scoring in all four seasons of her college career, including 20.2 points per game as a senior, and amassed 2,182 career points. White was inducted into the Purdue Athletics Hall of Fame in 2006.

She was also a star in the classroom at Purdue where she was a member of Phi Beta Kappa and was an Academic All-American.