Wahner caps succesful career on and off the lanes

NASHVILLE, Tenn. — It is difficult to separate Adel Wahner the person from Adel Wahner the All-American bowler – but not because she is a one-dimensional bowling zealot.

Rather, the same basic tenets that she lives her life by have been deeply engrained into a bowling resume that has allowed her to experience success in both life and sports at lofty levels.

Some things – such as academics – have come relatively easy for her. But for most other endeavors, bowling included, results have come the old-fashioned way – she’s earned them.

“You are never really going to have anything handed to you,” the Las Cruces, New Mexico, senior said. “That’s been instilled in me since I was little. You are going to have to work for what you want. That’s why they (the Vanderbilt coaches) preached it so much to me when I got here.

“That’s why it was so easy for my dad (Paul) to apply that on me here. If you work for something and get it, it’s much more admirable than if you just had it given to you.”

Paul and Kathy Wahner drilled that message into their only child, who was born in the Marshall Islands and soon after moved near Cape Canaveral, Florida, where Paul was employed by the United States space program as a meteorologist. The Wahners would later transfer to the Johnson Space Center near Houston before the program shut down and the family dropped anchor in Las Cruces.

As the family moved around, Adel Wahner fished the waters for activities that appealed to her. She played a little soccer and then middle school tennis – they weren’t good fits. Then Paul hauled her to a huge junior bowling tournament with the modest goal of her not finishing last.

She actually beat five girls and a future star was born.

”I don’t have many hobbies outside of bowling,” the academic ace that made the Vanderbilt Dean’s List every semester said. “I’m still a classical music kind of person and not many people know that about me. I was into music in middle and high school – seven years of drums in the marching band, symphony orchestra and even the pep band for a while.

“At first I had no idea how to play any instrument so they gave me an aptitude test. I couldn’t use a mouthpiece but I could tap on my legs all day long!”

Wahner was accomplished enough as a junior bowler to get recruited by Vanderbilt’s program but the family knew coming in that breaking into the lineup was not going to be easy. That’s where the work ethic paid dividends.

At Vanderbilt she impressed the coaching staff in more ways than one.

“We participated with the Next Steps program,” Vanderbilt head coach John Williamson said, speaking of the heralded program that allows students with intellectual disabilities to assimilate with various organizations. “We thought (Wahner) was the best person inside our program to work with the Next Steps student managers.”

Said Wahner: “I worked with Andrew and Elise. They kept track of spares in practice. Andrew was a hoot – so much fun – and Elise had bowled before and was always trying to help.” 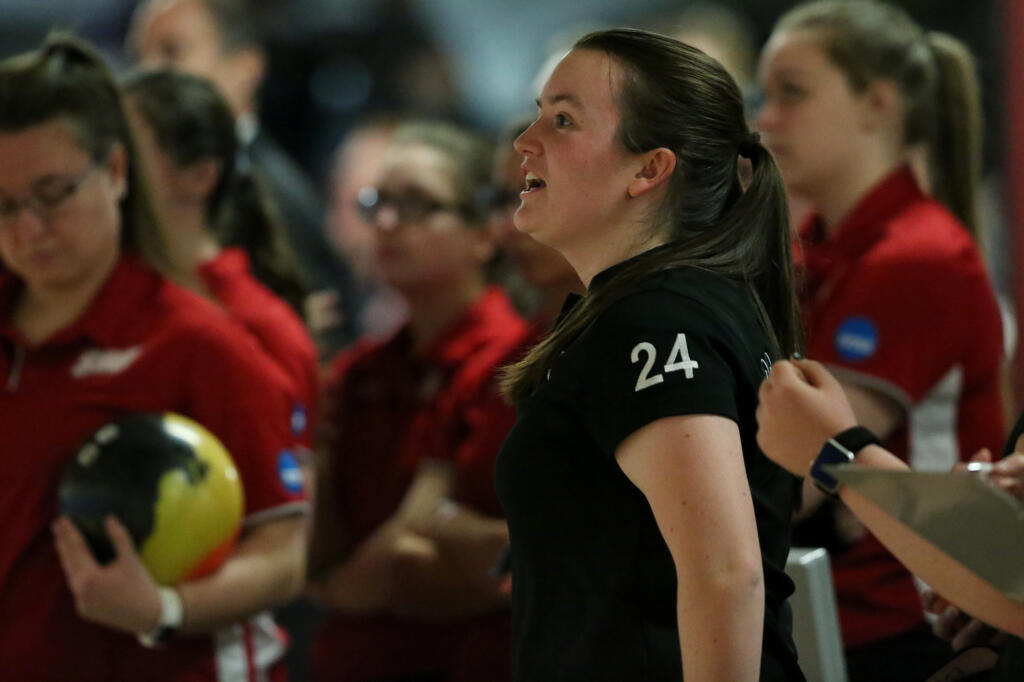 Wahner was in and out of the rotation her first two seasons, but by her junior year she was an established regular, aided immensely with her spare-shooting skill. Over her last two seasons, Wahner was the nation’s No. 1 spare shooter.

“That is one of the biggest things I take pride in as an individual,” Wahner said. “Coming in to college I knew that was my big game. It’s no secret that I don’t strike much – maybe that’s one of those subconscious limits I’ve put on myself.

“But in the meantime, if you don’t strike, you have to spare. I bowled against all guys on the New Mexico youth tour and the guys generally strike more. I prided myself in being able to spare all the time. Coming here I expanded on that. I really wanted to make this as good as I could while still trying to learn and develop new things.

She was asked how she become the nation’s best spare maker?

“You shoot a lot of spares!” she laughed. “It’s more than a visible thing – sure, you have to practice. I don’t think it’s anything mechanical. I learned how to get over the mental hurdle of believing in myself.

“I remember there was a tournament where my spare shooting wasn’t good and (Williamson) pulled me aside and asked, ‘What are you doing?’ I said I was just missing my spares. He said, ‘You have to believe in yourself before you are going to make them.’ That was the moment it clicked for me. There’s no reason I should let my mind get in the way of something that I can do 95 percent of the time.”

That has been the biggest – and most important – lesson Wahner has learned as a Vanderbilt student-athlete.

“I’ve learned my limits, or lack thereof,” Wahner said with convincing certainty. “One of the biggest things this program has taught me is how to push myself. When I think I’ve reached a point where I’m the best version of myself that’s not really true.

“There is something left in the tank that I didn’t think existed until it was pushed out of me. Honestly, I’m really grateful for that. If this team and staff wasn’t here I don’t think I would ever have found it, I would have accepted where I was. I now realize I have this ability and there’s even more untapped.”

As Wahner talked, relaxed outside Vanderbilt’s impressive bowling center before the serious threats of the COVID-19 pandemic were a reality, two visitors strolled by and, noticing the pair of national championship trophies spotlighted in the display window, remarked on the program’s national reputation.

Wahner was asked how that made her feel.

“Good, it really does.” Wahner said. “That’s what we came here for. What we did as a team all year long and knowing what I’ve invested all four years makes it that much more enjoyable. Then knowing that we put that much effort in and worked for what we got.”

Wahner will enroll in UAB’s graduate program this fall and emphasize her studies in health informatics – data science for the medical field. Her goal is to eventually work with medical health records and design them to be more efficient and patient-friendly.

She says she will try to keep a serious foot in bowling, hoping to compete in the U.S. Open since she has a berth into the field from her 2019 Junior Team USA membership. Academics will always come first, however, and when graduate school is completed she will evaluate if professional bowling is feasible. 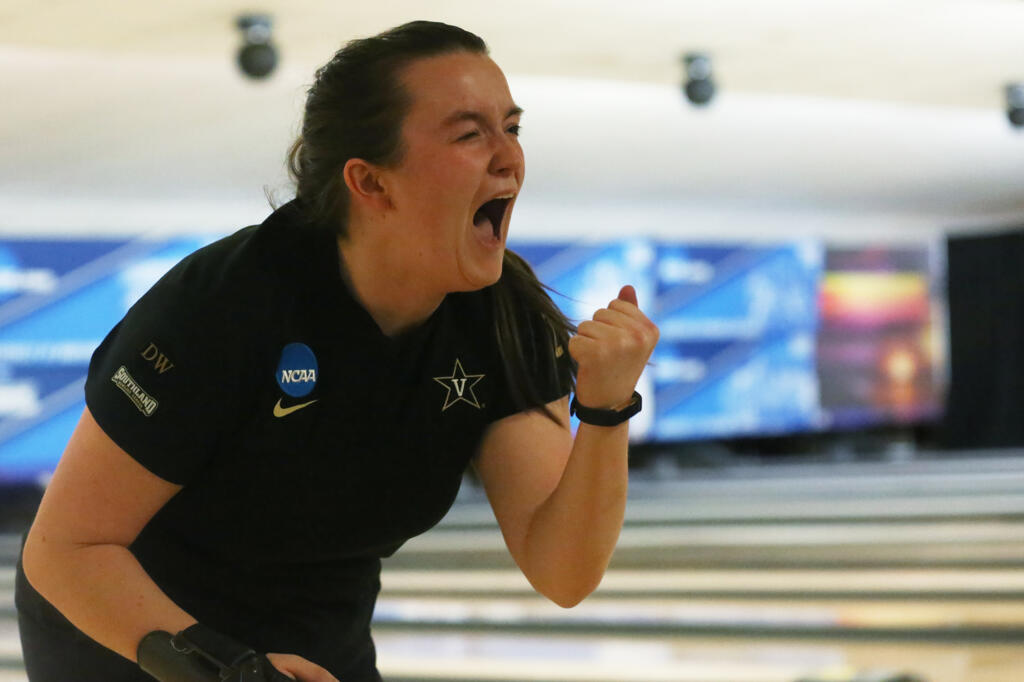