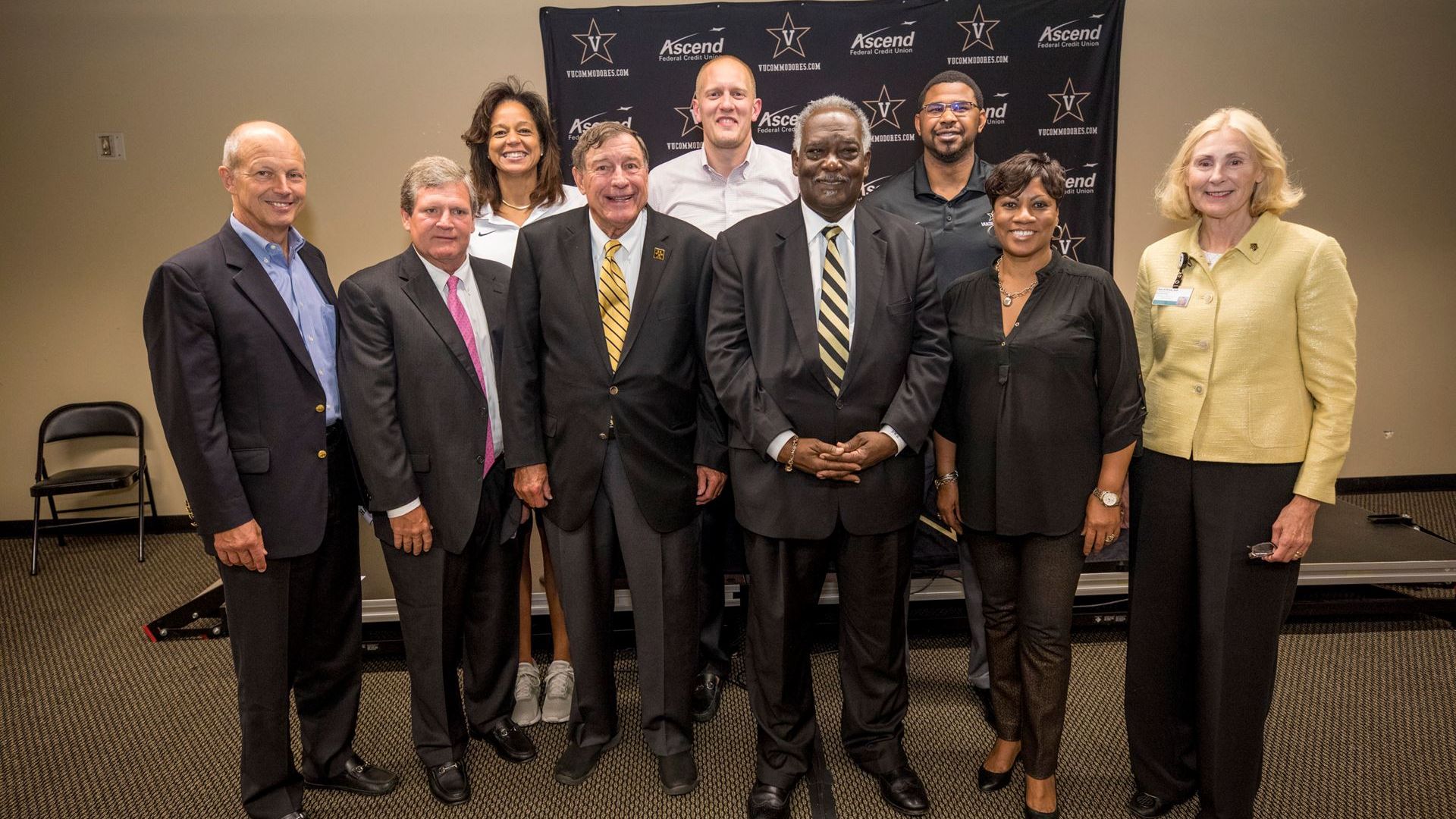 The 2017 Class is the seventh since the Hall of Fame was established in 2008. The 10 new inductees bring Vanderbilt’s Hall of Fame total to 66 honorees.

Candidates for the Hall of Fame are considered on the basis of three criteria: Commodore Great; Distinguished Letterwinners and Lifetime Achievement. Membership requires a unanimous vote by Vanderbilt’s senior athletic management team.

This year’s Hall of Fame Dinner will occur Friday, Sept. 8, 2017 at the Multipurpose Facility on campus. The dinners typically attract audiences in excess of 400. 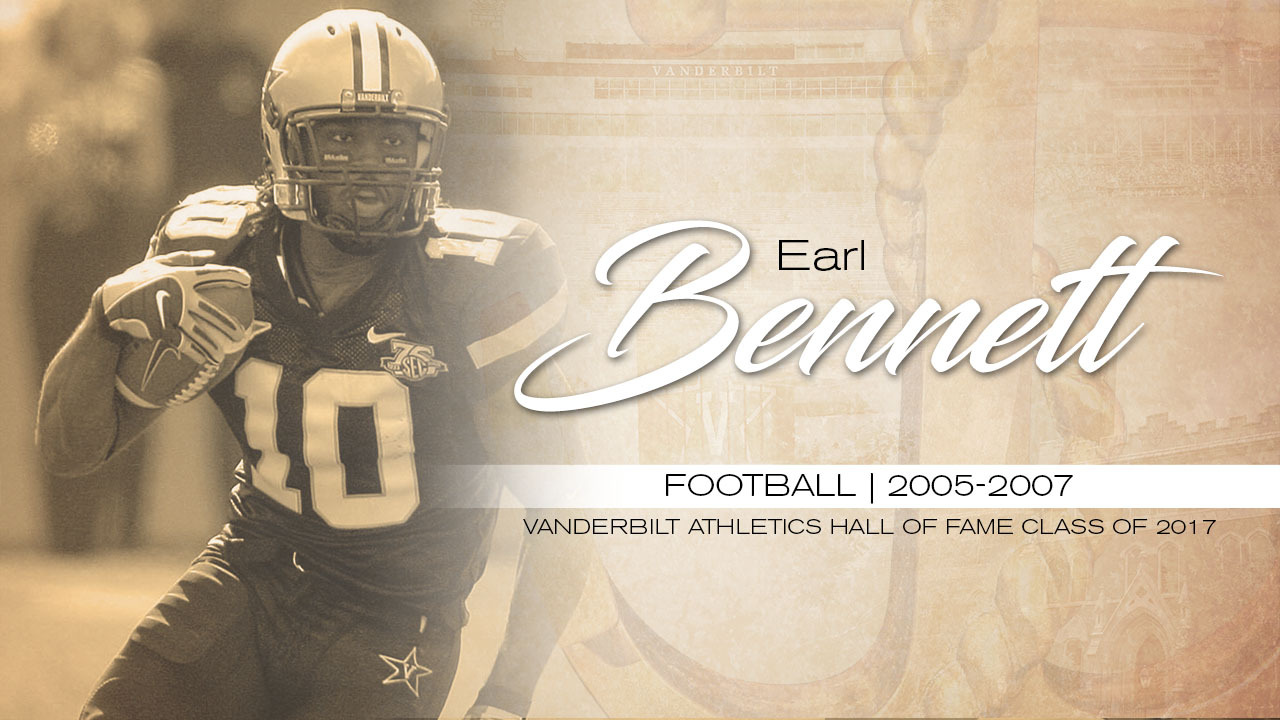 Earl Bennett (Football, 2005-07)
Earl Bennett arrived at Vanderbilt in 2005 and immediately became one of the greatest receivers to ever put on the Black & Gold. Bennett starred for three seasons on West End setting multiple school records before leaving as the school’s and Southeastern Conference’s all-time leading receiver. The Alabama native played five seasons in the NFL with the Chicago Bears before returning to Vanderbilt to earn his degree and is now working on a graduate degree at VU.

Ally Carey (Lacrosse, 2009-12)
Ally Carey is arguably the greatest lacrosse player in Vanderbilt history. As the program’s only three- time, first-team All-American, Carey holds multiple school records and dots the record book in nearly every category. She has donned the Red, White and Blue for Team USA numerous times, including this summer for the Women’s World Cup. 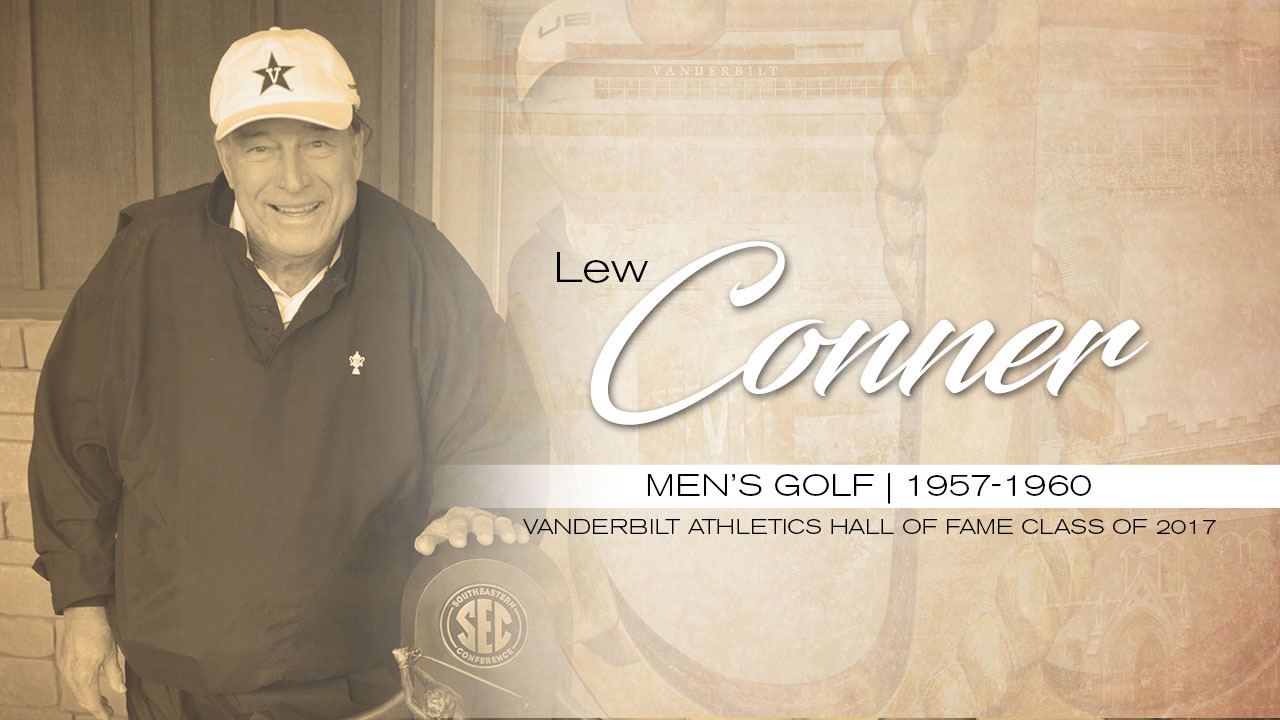 LEW CONNER (Men’s Golf, 1957-60)
Lew Conner holds two degrees from Vanderbilt and was a member of the varsity golf team from 1957-60. He is a noted philanthropist in middle Tennessee and has been instrumental in the Commodores’ golf programs success as a lead donor for numerous projects, including the Conner Short Game Practice Facility at the Dores’ home course, Vanderbilt Legends Club. 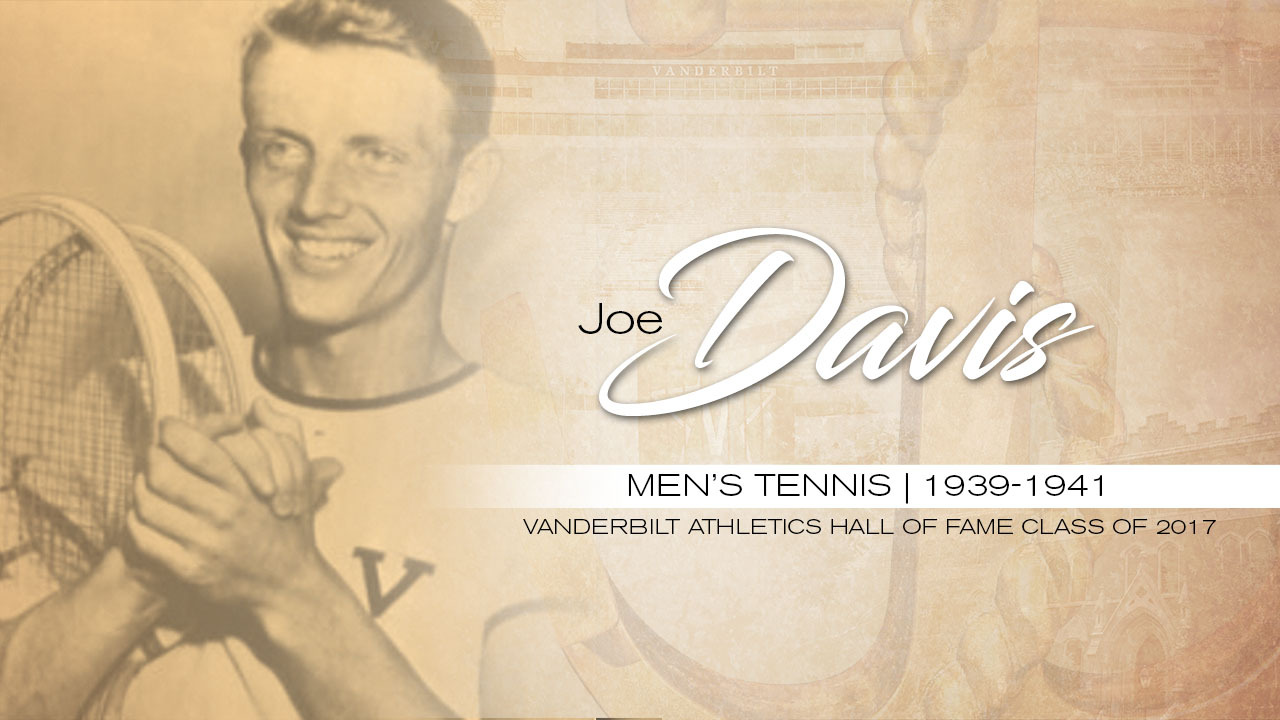 JOE DAVIS (Men’s Tennis, 1939-41)
Joe Davis was a legendary tennis player for the Commodores and the most accomplished Vanderbilt tennis player in history. His three consecutive Southeastern Conference singles titles are unmatched in school history. After graduation, Davis served in World War II as a member of the Navy, serving in amphibious missions in North Africa, Sicily and Normandy. He established the Joe C. Davis Foundation in 1976 before passing away in 1989. 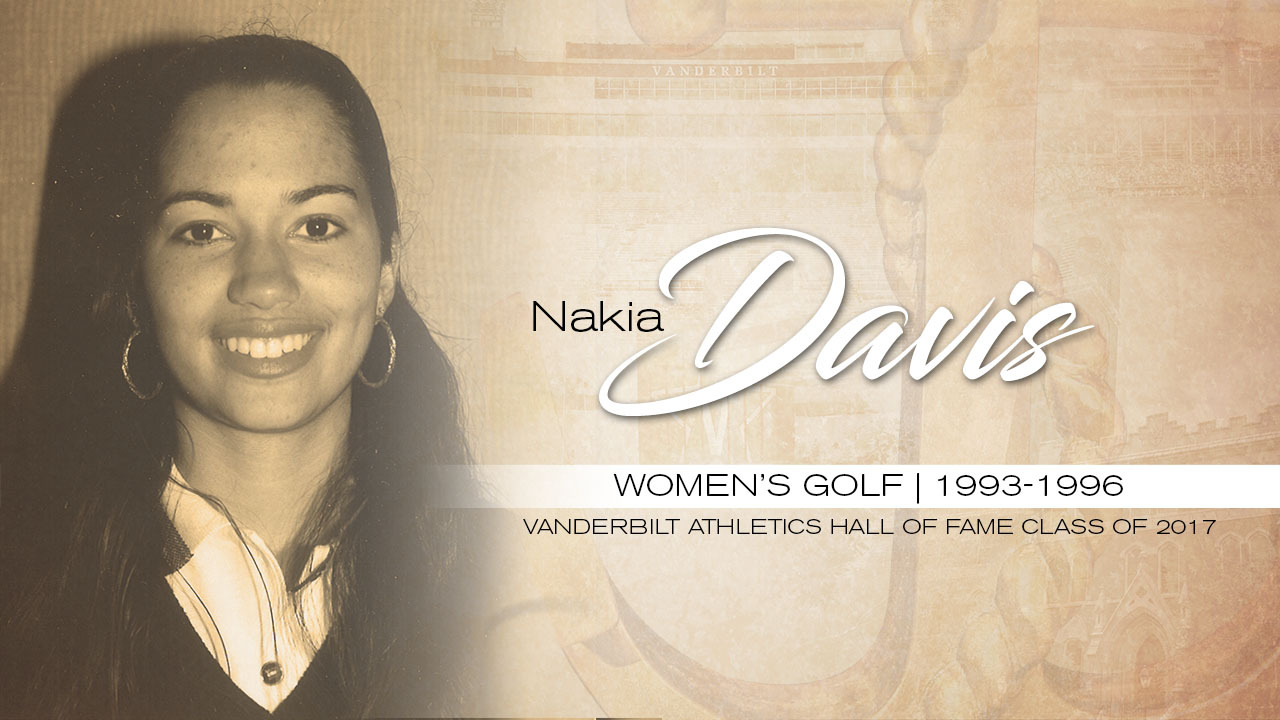 NAKIA DAVIS (Women’s Golf, 1993-96)
Nakia Davis was the first-ever African-American to play women’s golf in the Southeastern Conference. She led the Commodores in six tournaments during her career, finishing as the top scorer five times during the 1992-93 season including the SEC Championships. 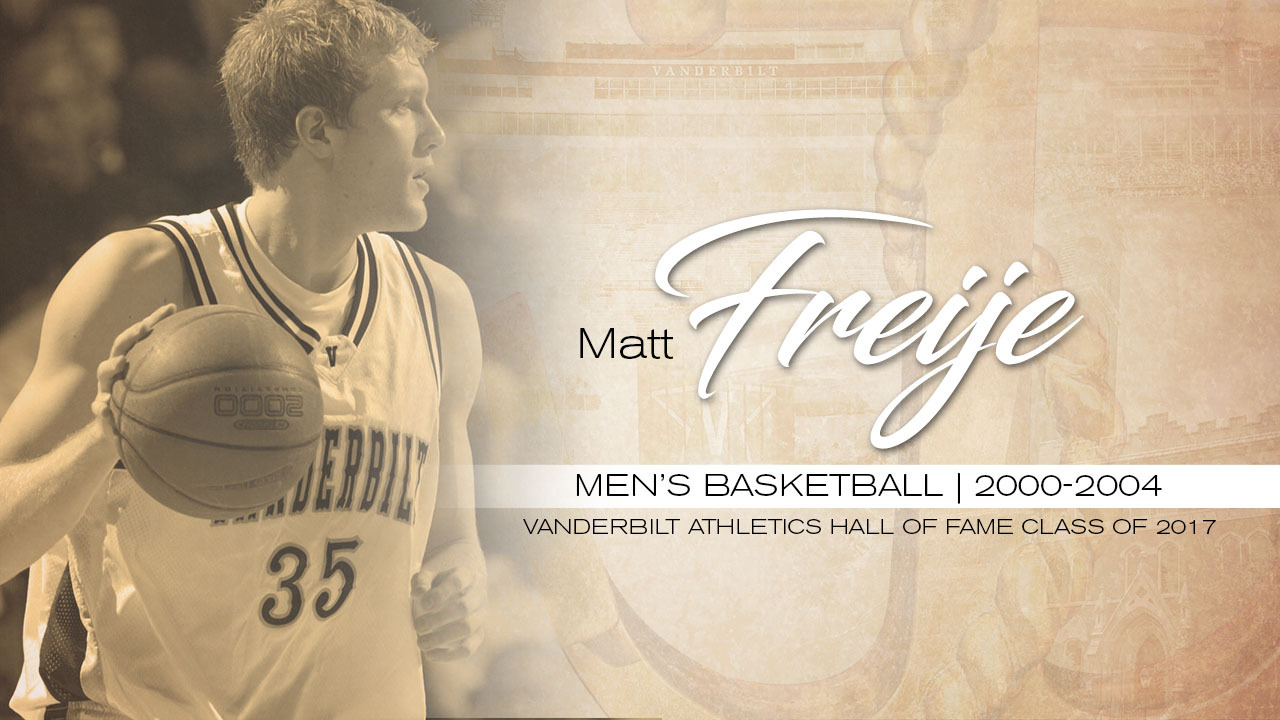 MATT FREIJE (Men’s Basketball, 2000-04)
Matt Freije left Vanderbilt as the school’s all-time leading scorer and an All-American after scoring 1,891 points. He led the Commodores back to the Sweet 16 in 2004 marking the school’s first return to the Sweet 16 since 1993 and earning All-American honors and rst-team All-SEC status along the way. Following his four years at VU, Freije was the 53rd overall pick by the Miami Heat in the 2004 NBA Draft before playing professionally for 10 years. 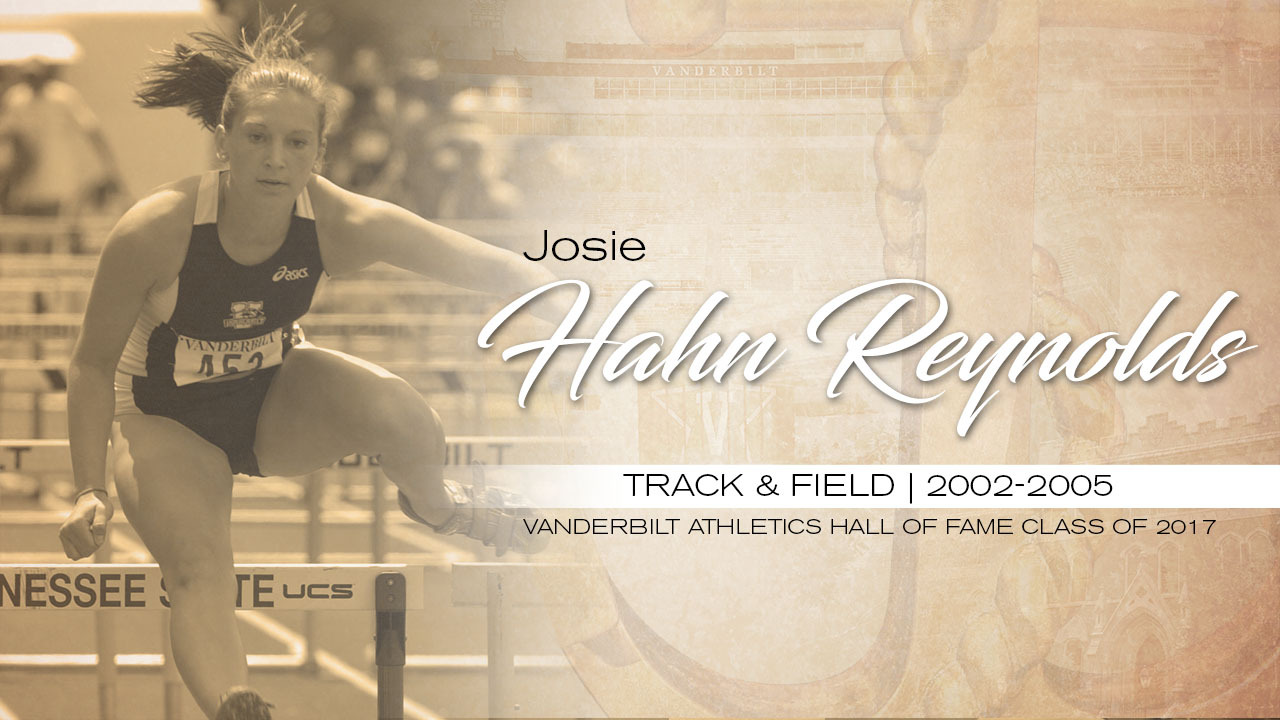 JOSIE HAHN REYNOLDS (Track & Field, 2002-05)
Josie Hahn Reynolds remains one of the greatest all around track athletes in Vanderbilt history. She was a two-time All-American in the pentathlon, two-time All-American in the heptathlon and Southeastern Conference champion in 2004. One year later, she was named the SEC Scholar Athlete of the Year. Hahn continues to hold school records in the high jump at six feet and the javelin at 147′ 2″. Her name is etched into the Vanderbilt track record book in the high jump, long jump, shot put, javelin, 60-meter hurdles, 400-meter hurdles and total points in the heptathlon. Upon graduation she held school records in five events. 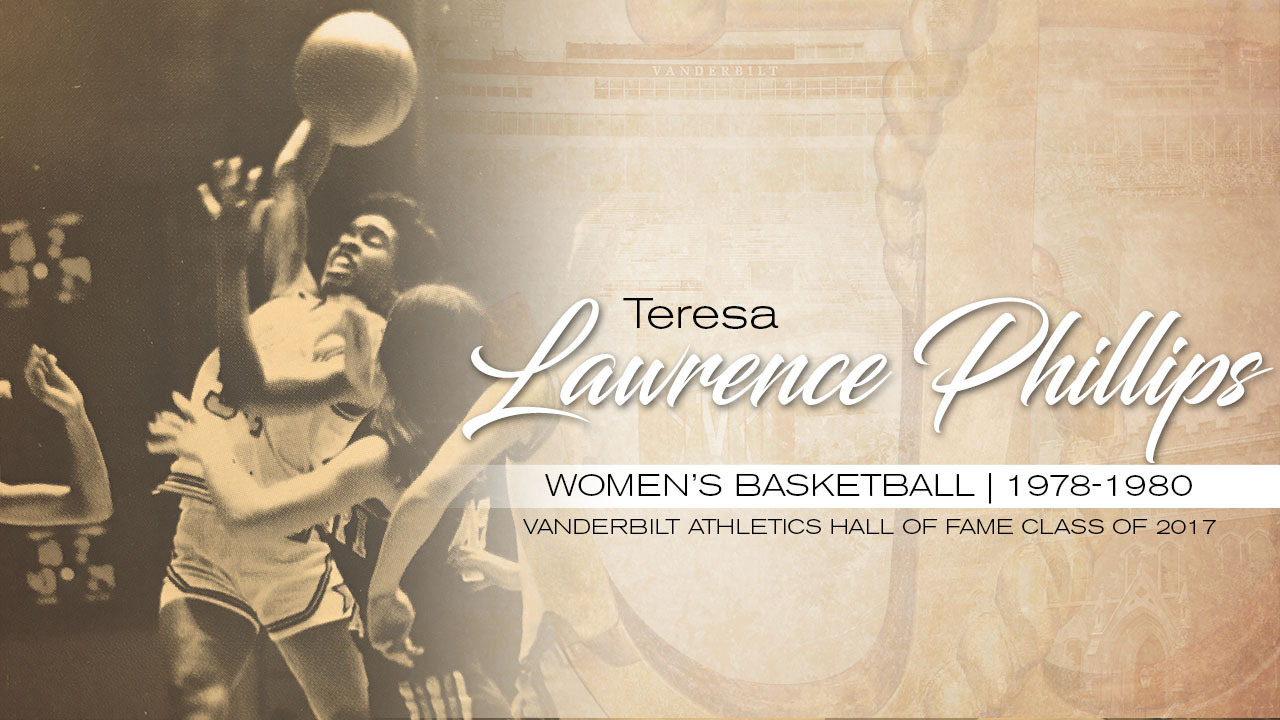 TERESA LAWRENCE PHILLIPS (Women’s Basketball, 1978-80)
Teresa Lawrence Phillips was a trailblazer at Vanderbilt as the first female African-American student-athlete to play for the Commodores. She enjoyed a stellar career in the Black & Gold earning the first-ever Lady Commodore Athlete of the Year award along with the Nashville Civitan Sports- manship Award in 1979 and again in 1980. After an impressive playing career, Phillips has produced an even more impressive professional career in athletocs in numerous ways. She is the Director of Athletics at Tennessee State after a distinguished coaching career. She is the first woman ever to coach an NCAA Division I men’s basketball team and she coached the TSU Lady Tigers for 11 seasons before becoming the AD in 2002. 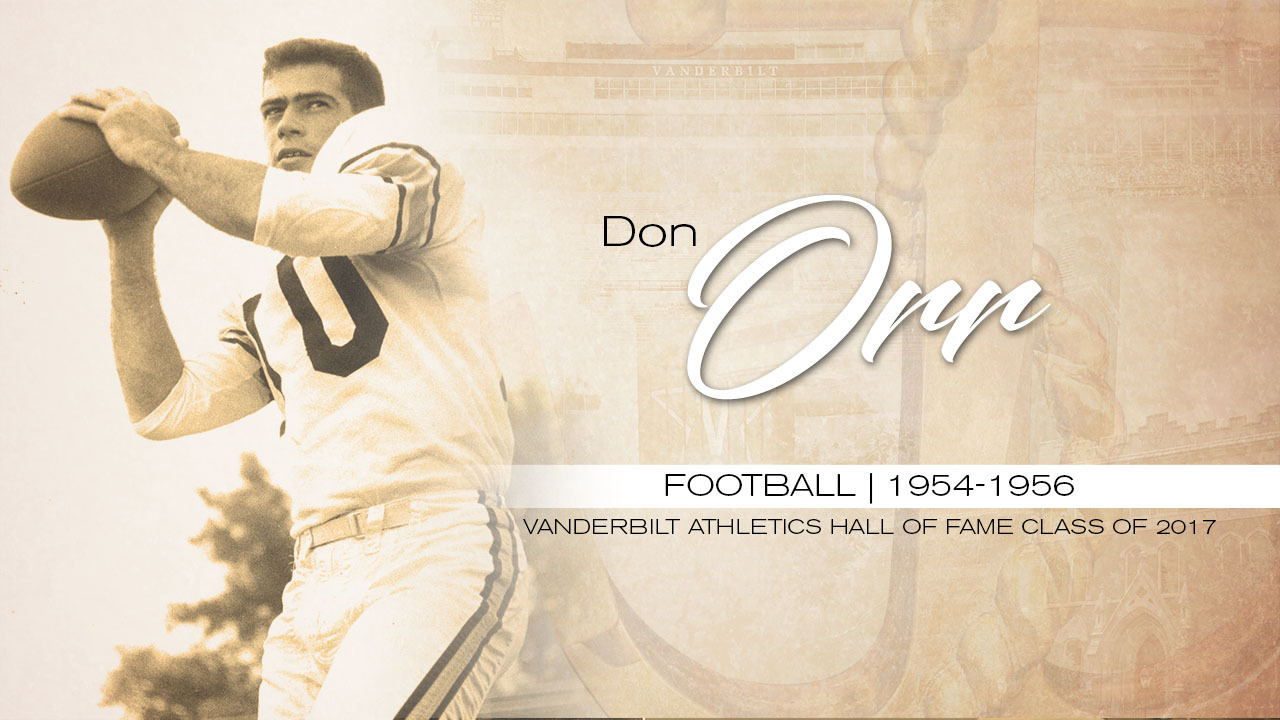 DON ORR (Football, 1954-56)
Don Orr owns a special place in Vanderbilt history leading the Commodores to the program’s rst-ever bowl appearance in the 1955 Gator Bowl. Orr starred as the squads starting quarterback and safety for an 8-3 VU team. After his playing days, Orr moved into private business as the controlling owner of the Nashville Machine Company but found his way back to football in 1970 when he began officiating NFL games. He officiated games for 25 seasons in the NFL working three Super Bowls (XVII, XXIV, XXVIII). 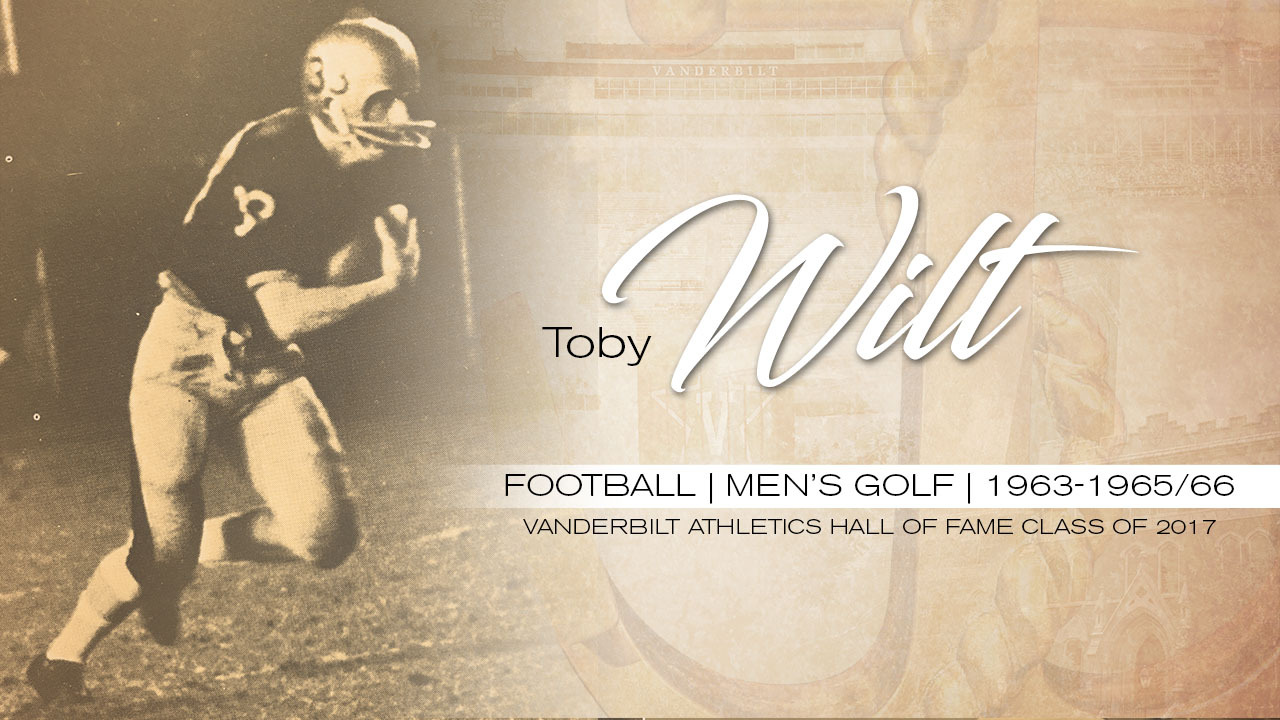 TOBY WILT (Football, 1963-65; Golf, 1966)
Toby Wilt entered Vanderbilt as a football player, left as a golfer and continues to be a major benefactor for the Commodores. He played three seasons on the gridiron for the Dores as a running back before trying out for the golf team as a senior and earning a spot on the squad. He established the Toby S. Wilt Scholarship first with the football program but now with the men’s golf team. The scholarship has been awarded to two of the greatest Vanderbilt golfers in history in PGA Tour FedEx Cup champ Brandt Snedeker and PGA Tour member Luke List. Wilt was a founder of one of Tennessee’s premier golf courses in the Golf Club of Tennessee and is the starter at the first hole at The Masters every spring.