The Vs in Star V

NASHVILLE, Tenn. — The way Vicki Spina sees it, not being on campus during her final days on West End had a bit of a silver lining.

“I hate goodbyes because this was tough,” she said, “but it was something that I had to do.”

Spina and colleague Vickie Woosley quietly exited their respective Vanderbilt careers earlier this month. And since the Vanderbilt campus was largely closed due to the global pandemic of COVID-19, neither received the customary flow of well-wishers stopping by the office on campus or took part in possible get together for final farewells.

That doesn’t diminish either’s love for Vanderbilt and the Commodores.

“What a great opportunity it was and how much I learned from the athletes themselves,” Woosley said. “That really sticks out. They taught me a lot.”

Woosley came to Vandy in 2006 after a long career as a special agent for the Federal Bureau of Investigation. She transitioned from the Psychological and Counseling Center to the athletic department where she resided as a sports psychologist inside the McGugin Center. 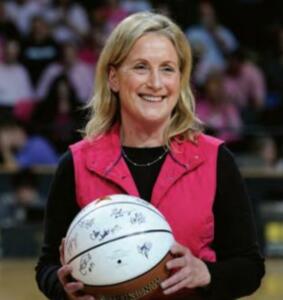 Incoming freshmen student-athletes were introduced almost immediately to Woosley upon arriving to campus. During their academic and athletic careers she became a vital resource during one of the more crucial and influential times in a young adult’s life.

“Everybody has a story,” she said. “For me it was so wonderful to hear everybody’s story – how they grew up, what got them to Vanderbilt, what kept them there.

“(Sunday) I got a text from a student-athlete that graduated eight years ago and it said, ‘Hey, I heard you’re leaving. Thank you for everything you did while I was a student.’ Those are the things that mean something to me.”

Spina, who originally began her career on West End at the Peabody College, joined the women’s basketball program as an administrative assistant in 1994 and remained there until her retirement this month. She credits former Vandy head coach Jim Foster with giving her an opportunity to work with the Commodores – an opportunity that changed her life.

After witnessing team after team after team make the NCAA Tournament, and student-athletes who continued to impress on and off the court every single season, Spina will miss watching the development of a nervous, wide-eyed freshman to a confident, successful senior. 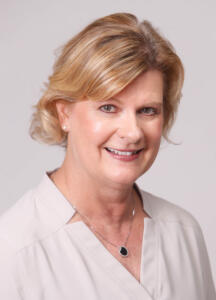 “To see their growth, watch them graduate – it’s huge,” Spina said. “When they come in as freshmen, it’s hard work. You just got to be the team mom and say, ‘Look, just give it a year. It is hard. It’ll be the best thing you’ve ever done in your career is to just stick it out at Vanderbilt.’ ”

Both Spina and Woosley said they will continue to attend Vanderbilt Athletics events and support the student-athletes, coaches and staffs they’ve come to know so well. They may have left Vanderbilt, but Vanderbilt will never leave them.

“Just being involved with them – the different staffs, the coaches, just the people at Vanderbilt – it’s been pretty amazing,” Spina said. “I’m going to be their biggest fan, for sure.