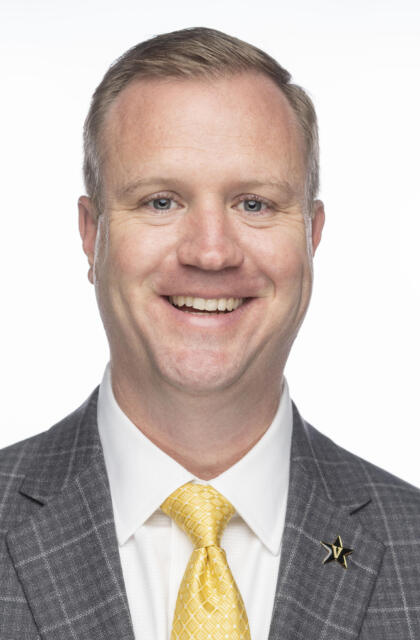 Tommy McClelland joined Vanderbilt in 2020 after a landmark term as director of athletics at Louisiana Tech. He serves as the deputy athletic director for external affairs and revenue generation, while directing the Commodores’ marketing and promotional efforts, ticket operations and sales, fan engagement and hospitality, broadcasting and Learfield partnership.

McClelland led Louisiana Tech as athletic director since 2013, and the university’s athletic program thrived under his leadership, underpinned by his philosophy of building champions on the playing fields, in the classrooms and in life.

Perhaps the most tangible sign of McClelland’s impact at Louisiana Tech were the $23 million Davison Athletics Complex and $18 million press box and luxury suites at Joe Aillet Stadium. These two facilities not only changed the landscape of football game days in Ruston, but also produced more than $1.2 million in additional revenue per year for the athletics department.

Louisiana Tech achieved record numbers in private giving in each of the past five years, including a record $1.67 million in giving to the Louisiana Tech Athletics Club in 2018-19. In 2015, McClelland negotiated an exclusive apparel five-year agreement with Adidas.

Since his arrival in Ruston, Louisiana Tech experienced its most impressive run since the 1970s. Over that time, the Bulldogs boasted postseason appearances by football, men’s basketball, women’s basketball, baseball, softball, golf and track and field.

As of the start of the 2020 season, the football program was the nation’s only unit to win a bowl game in each of the past six years, with the men’s basketball squad winning 20 or more games in seven of the past eight seasons (including a 121-11 record at home) and a pair of regular season conference titles.

In 2015-16 Louisiana Tech joined Florida, Florida State, Ohio State and Ole Miss as the only five FBS programs to record at least nine wins in football, 20 wins in men’s basketball and 40 wins in baseball. It was also one of only 12 FBS programs to advance to postseason in each of those three sports.

Off the field, Louisiana Tech student-athletes have blossomed in the classroom under McClelland’s direction with nearly 1,200 student-athletes recognized on the Conference USA Commissioner’s Honor Roll, including a record 212 in 2018-19.

Louisiana Tech continued to earn high marks in both the NCAA’s Academic Progress Report and Graduation Success Rate with McClelland at the helm.

McClelland and his McNeese State staff raised more than $3 million in private donations, and he was instrumental in increasing corporate sponsorships to nearly $1 million annually while securing new clients and multi-year sponsorships.

The native of Basile, Louisiana, served as an athletics graduate assistant at Northwestern State and worked at the Southland Conference office as an administrative intern.

McClelland earned his bachelor’s degree from Northwestern State in 2004 and completed his master’s degree in sports administration in 2005. He walked on to the Demons football team and eventually earned a scholarship. He also competed in the javelin for the Northwestern State track and field team.

McClelland is also a 2012 graduate of the Executive Program of the Sports Management Institute and attended instruction at the University of North Carolina at Chapel Hill’s Kenan-Flagler Business School and the University of Southern California’s Marshall School of Business.

McClelland is married to the former Jessica Stokes of Garrison, Texas. They have two sons, Lawson and Grayson.