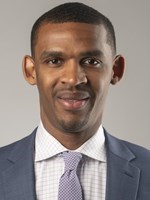 Shasha Brown is in his third season at Vanderbilt in 2021-22 as the director of men’s basketball operations. Brown came to the Commodores after serving as the coordinator for youth development with the NBA, and coach for the nationally-recognized New York-based Elite Youth Basketball League (EYBL) travel team, the Pro Scholar Athletes (PSA) Cardinals.

After serving as an assistant coach on the Westtown (Pa.) School boys team in 2013-14, Brown was a graduate assistant with Virginia Commonwealth’s men’s basketball team from 2014-16. He then served as director of Hoop Group Elite beginning in 2016, and in 2017, he became the coordinator of youth development with the NBA, where he assisted in the execution and administration of all facets of the Junior NBA World Championship and Elite Youth Development.

Brown, who played at Wesleyan from 2009-13, graduated as the school’s all-time leading scorer and assist leader, and played on the winningest team in school history during the 2011-12 season. He graduated with a degree in sociology in 2013.