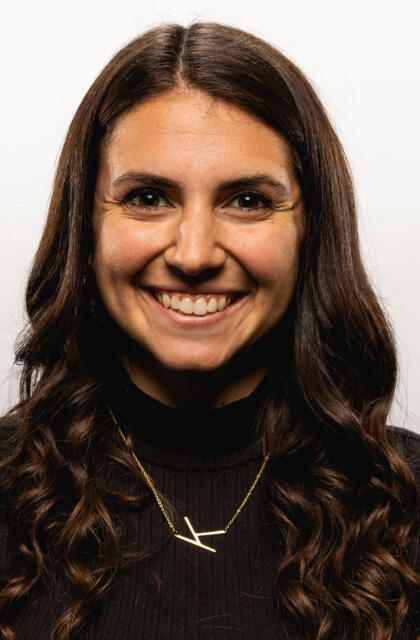 The 2021-22 season is the first on West End for Kelsea Giantonio.

Giantonio coordinates all aspects of Vanderbilt Athletics’ spirit program including cheer, dance, mascot, and mic men and women. She works closely in collaboration with Vanderbilt’s marketing, hospitality and fan engagement, Spirit of Gold and other departmental units.

Giantonio served as a volunteer assistant coach at Ohio State from 2019 until her arrival to Vanderbilt, where she taught fundamentals and technique for the cheer team while developing a challenging routine that led to fourth-place finish at the 2020 UCA College Nationals. She also aided in the organization of recruiting clinics and informational sessions for over 70 Ohio State cheer hopefuls, allowing the Buckeyes to be one of the few programs in the country to field a complete roster through the recruitment method. Giantonio facilitated diversity and inclusion programming while in Columbus to help educate student-athletes and foster a more inclusive environment among the team and university.

From 2017-19, Giantonio was the graduate assistant and spirit coordinator – and interim head cheer, dance and mascot coach – at Tennessee Tech, where she choreographed a national championship winning routine for the mascot team at 2018 UCA College Nationals.

Giantonio captained the UMass cheer team during her final two years of her undergraduate career and served as an intern for UMass’s sport marketing program from 2015-17.