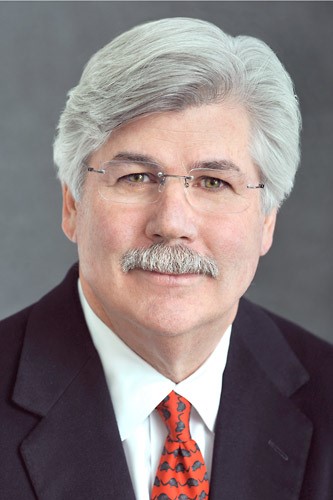 John Stein is a native of Sarasota, Florida, a former men’s swimmer, and a double-dore after earning his bachelor of arts in general biology from the College of Arts and Science in 1973 and his master of business administration from the Owen Graduate School of Management in 1975.

Following a tremendous high school career as a prep All-American, Florida state champion and top-five AAU swimmer in his age group, John was recruited to Vanderbilt and went on to become a four-year letter winner, captain of the men’s swim team and set individual Vanderbilt records in the 50, 100 and 200 freestyle, and team records in the 400 medley and 400 and 800 freestyle relays.

John currently resides in Nashville with his wife, Beth, and proud parents to their son Tyler, who is also a Vanderbilt alumnus (class of 2012). John is enjoying retirement after 42 years with Bank of America, having served as the state president for Tennessee for 15 years, and most recently founded and led for 10 years the For Profit HealthCare Team, nationally.