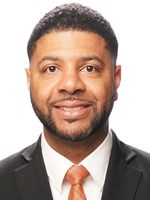 Damany Hendrix is in his first season as an assistant coach for the Commodores in 2020-21 after spending the 2019-20 season as the team’s director of player development and quality control.

“Damany is a talented coach who has strong familiarity with our system,” said Vanderbilt head coach Jerry Stackhouse. “We believe his passion, knowledge, and teaching ability will be very impactful in the continued development of our current student-athletes. His understanding of our culture will enable him to identify and connect with the future Vanderbilt student-athletes on the recruiting trail.”

Hendrix, whose roles with the Commodores included overseeing student-athlete development programs, community service initiatives, special events, and assisting with branding and marketing, player behavior, academics, and camps, joined the Commodores after serving as an assistant coach for the NBA G League’s Northern Arizona Suns and the Raptors 905.

Hendrix, a 2003 graduate of Lamar — where he was as All-Southland second-team standout in 2002 and third-team selection in 2003 — began his coaching career after returning to his hometown of Vallejo, California. He spent four years at his alma mater Vallejo High School before joining the Oakland Soldiers, an AAU team in Northern California. He spent six years with the Soldiers, where he coached several young men who went on to play college basketball and many who went on to play professionally.

Hendrix started his college coaching career volunteering at California Maritime Academy, and then as a graduate manager at Cal State Northridge. Hendrix then served as the head coach at Justin-Siena (Calif.) High School for two seasons before accepting a player development job in Beijing, China. Upon returning from China, Hendrix joined Stackhouse’s staff with the Raptors 905.