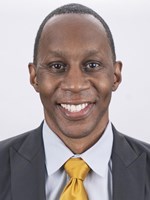 Daniel oversees the year-round strength and conditioning program for Commodore basketball student-athletes and coordinates meals with team nutritionists. He spearheads the team’s injury prevention program while assisting with in-game preparation and on-campus recruiting.

Daniel has over 18 years of professional experience, both as a player and as a coach, which includes 12 years of experience in the fitness industry.

Before his time with the Nuggets, Daniel was the director of men’s basketball strength and conditioning for Connecticut in 2017. He has also worked at Texas’ St. David’s HealthCare from 2016-17, where he served as the director of applied sports science, and as the head strength and conditioning coach for men’s basketball and men’s tennis at SMU from 2015-16.

Prior to his stint with the Mustangs, Daniel worked for six years in the NBA, serving as the strength and conditioning and player development intern for the San Antonio Spurs in 2009-10 and the assistant coach and director of athletic development for the New Orleans Pelicans from 2010-15.

Daniel was a two-time Academic All-American and a first-team Pac-10 All-Academic honoree from 1994-98 at Washington State, where he played basketball and earned a degree in history. He graduated in 2010 from California University of Pennsylvania with a master’s degree in exercise science, and received his Ph.D. in health science and human performance at Concordia in 2020.