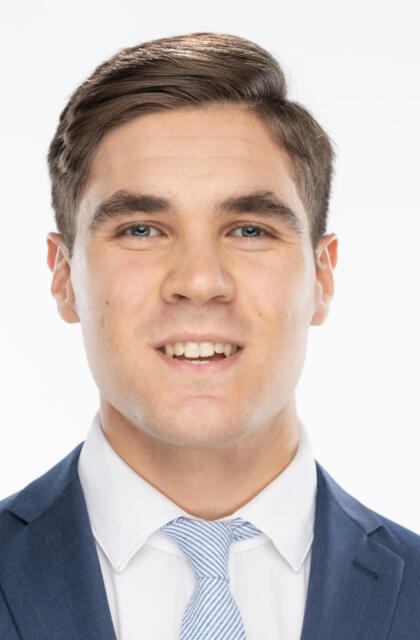 The 2022-23 season is the fourth for Brian Pete with the Vanderbilt men’s basketball program and his first as the video coordinator.

Pete, who served as a graduate assistant for the Commodores in 2019-20 and 2020-21 and was the assistant video coordinator for the 2021-22 campaign, assists in all aspects of video operations which includes video editing and scouting as well as graphic design duties.

In his two years as a graduate assistant, Pete assisted the coaching and support staff with creating recruiting content and worked closely with the video coordinator on work flows related to the creating and organizing recruiting videos and graphics. He created post game analytics, organized opponent game films, participated in practice and assisted with the development of All-SEC honorees Saben Lee and Scotty Pippen Jr., and 2020 lottery pick Aaron Nesmith.

As an undergraduate at Gonzaga, Pete spent two summers as a quality assurance assistant with the San Antonio Spurs. Pete worked with front office operations on a number of tasks associated with free agency and the NBA draft. He helped facilitate workouts with members of the draft class and traveled with the front office staff to Las Vegas for the NBA Summer League.

Pete was a manager for the Gonzaga men’s basketball program before transitioning to walk-on status as a senior. In his four years with the Bulldogs, he was part of two Sweet 16 teams as well as one Elite 8 and one national championship appearance. Pete played on the 2017-18 team that won 32 games and ranked as high as No. 6 in the nation en route to the West Coast Conference regular season and tournament championships and the NCAA Sweet 16.

Pete, who also spent time as an inventory sales analyst at Nike and completed a study abroad program in China, earned his master’s in leadership and organizational performance from Vanderbilt in 2021. He received his undergraduate degree from Gonzaga University in business administration in 2018.