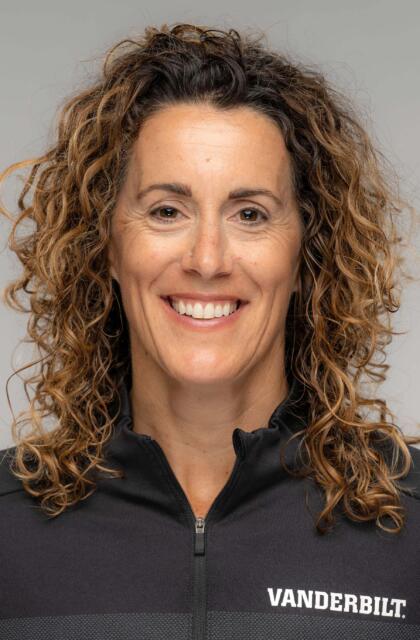 Allison Shepherd began at Vanderbilt in April 2020, overseeing the care of the cross country and track and field programs. She now oversees all athletic training needs for women’s basketball.

Shepherd has been working at the collegiate level as a certified athletic trainer for 29 years.

Prior to Vanderbilt, she spent a total of 15 years at the University of Vermont in various roles from Associate Athletic Trainer, Head Athletic Trainer, and Athletic Medicine Services Director.  In her last five years at Vermont, Shepherd oversaw the needs for the men’s and women’s ski teams as well as women’s hockey.  In addition to team coverage, she had oversight of the Gutterson Athletic Training facility, weekly Chiropractic Clinic and serving as representative of Athletic Medicine in the Racial Healing Group within UVM’s Center for Health and Wellbeing. She was also a liaison to the undergraduate athletic training program staff and served as an approved clinical instructor.

During her time at Vermont, Shepherd was instrumental in the recruitment and coordination of various allied health care professionals, developed several positions within athletic medicine to advance student-athlete care and authored several policies within the department.

Prior to Vermont, she served a stint as athletic trainer at the University of Oregon for women’s basketball and track and field from 1998-2005.

She has been a part of various presentations, articles and educational sessions over the years and is currently focused on advancing current measures in lower extremity injury prevention.

Shepherd, originally from Holyoke, Massachusetts, received her bachelor’s degree from Central Connecticut State University and master of arts degree from Whittier College (California).  She is a proud mother of two, as well as a two-time Ironman finisher.