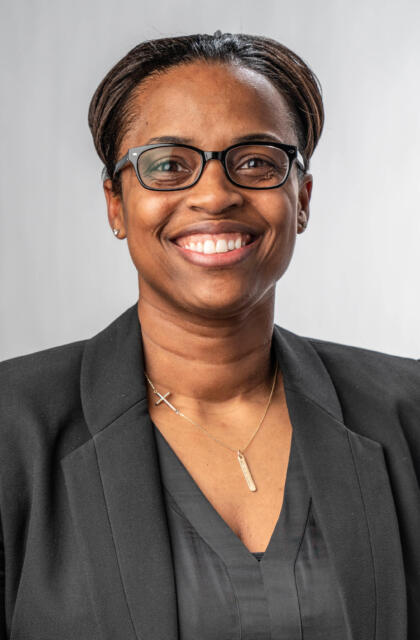 Harris oversees all internal and external communications within all facets of the program, leads student-athlete initiatives with academic services, manages the program’s master calendar, spearheads branding and marketing efforts, and assists with fundraising and special projects.

While at UNC Wilmington, she became one of the nation’s youngest NCAA Division I coaches at the age of 31. She amassed over 100 career wins as a head coach while also graduating every senior she coached.

Since her retirement from UNC Wilmington in 2017, Harris has written three books: “‘SIGNED’ The Essential Guide for Aspiring College Athletes”, “Refuse to Lose”, and “Dear Assistant Coach”, and embarked on personal speaking tours.

A four-year letter winner at Wake Forest, Harris played in 106 games during her career with the Demon Deacons from 1998-2002. She paced Coach Charlene Curtis’ squad with 108 assists and averaged 4.6 points per game during her senior season as co-captain. Harris, who finished her career in 10th place on the Wake Forest career assists chart, graduated in 2002 with a bachelor’s degree in sociology.