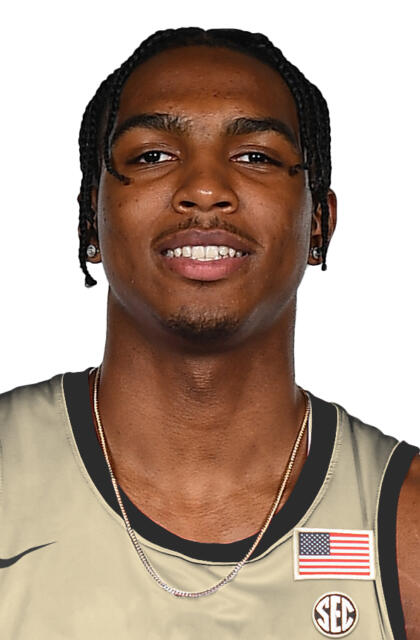 The Mann File
• Played senior season at Dutchtown (Ga.) High School under head coach Jordan Griffin
• Played junior season at Star’s Mill (Ga.) High School under head coach Charlemagne Gibbons
• Rated as a three-star prospect by both 247Sports and Rivals.com
• Rated as the No. 13 senior prospect in Georgia by 247Sports
• Rated as high as the No. 79 player nationally during junior season by 247Sports
• Led team to the 2020 Georgia Class 5A state championship
• Named 2019-20 Southside Metro Player of the Year by the AJC
• Earned first-team Class 5A all-state honors from the Atlanta Journal-Constitution (AJC) and GACA as a senior
• Honorable mention Class 5A All-State honors from the AJC as junior
• Averaged 17.4 points per game as a senior and led team to a 28-4 record
• Scored 20 points and pulled down 12 boards in the state title game win over Cedar Shoals
• Averaged 16.6 points, 7.4 rebounds and 2.1 assists per game as a junior
• Originally from Queens, N.Y.
• Played for the Atlanta XPress on the Under Armour Association circuit in 2019 where he averaged 9.8 points and 3.8 rebounds per game on 57.1 percent shooting