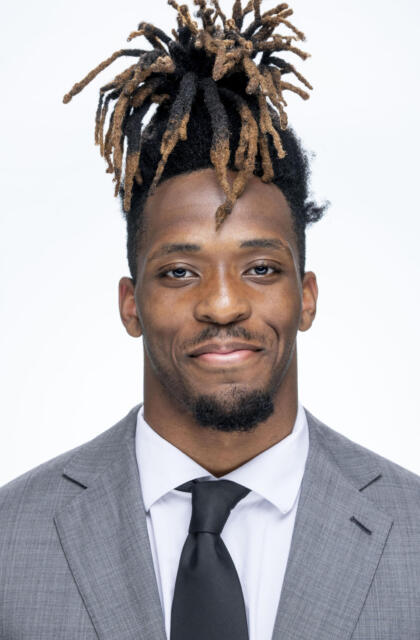 The Capers File
• Lettered two years at Sumter under coach Mark Barnes
• Three-star prospect by ESPN.com and 247Sports.com
• The No. 17 prospect in South Carolina as rated by ESPN.com and No. 30 by 247Sports.com
• Shifted from primary running back to the defensive line prior to junior season
• Helped the Fighting Gamecocks to an 8-1 record and No. 6 MaxPreps state ranking in 2020
• Team advanced to the semifinals of the South Carolina High School League (SCHSL) Class AAAAA state playoffs during senior season
• As a senior, totaled 57 tackles, one caused fumble and one fumble recovery
• Anchored a 2020 defense that allowed just 107 points, an average of 11.9 per game
• During junior campaign, tallied 19 tackles and 1.0 sack while contributing two rushing touchdowns
• Squad finished 10-1 during 2019 season with lone loss coming in the second round of the SCHSL Class AAAAA state playoffs
• Defense surrendered only 139 points in 11 games (12.6 points/game) as a junior
• A member of the track and field program
• Son of LaShonda and Charles Capers
• Undeclared major