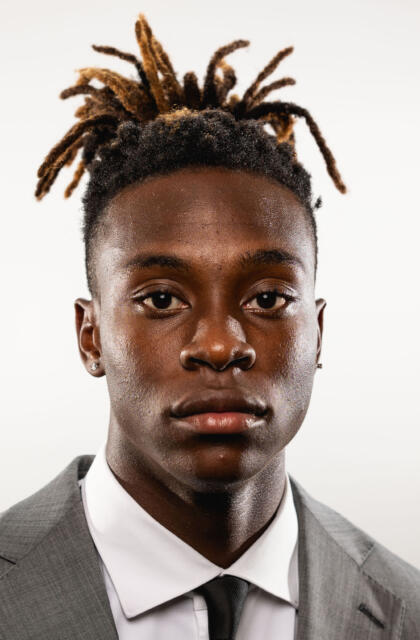 The Skinner Jr. File
• Lettered three years at St. Thomas Aquinas under coach Roger Harriott
• Consensus three-star prospect, according to ESPN.com, 247Sports.com and Rivals.com
• Ranked as the No. 56 wide receiver nationally and the No. 56 prospect in Florida by Rivals.com
• Helped the Raiders to an 8-1 mark in 2020 and Florida High School Athletic Association (FHSAA) Class 7A state championship
• After a 37-14 victory against Bloomingdale in the semifinals, St. Thomas Aquinas claimed the state title with a 31-21 triumph over Edgewater
• Part of a St. Thomas Aquinas program that captured the school’s 12th state championship, the most of any Florida high school
• As a junior, caught six passes for 81 yards and helped the Raiders to a 15-0 record and 7A state title
• Letterman for the track and field program
• Joins Gunnar Hansen and Tyson Russell as Raiders to sign with the Commodores
• Son of La’Rika Muezzin and Quincy Skinner
• Father was a three-year letterman (2003-04-05) at FAU, recording 150 tackles, 8.5 tackles for loss, eight interceptions, two caused fumbles and a pair of blocked kicks
• Has two younger sisters, Zaya and Zarriah Muezzin
• Undeclared major