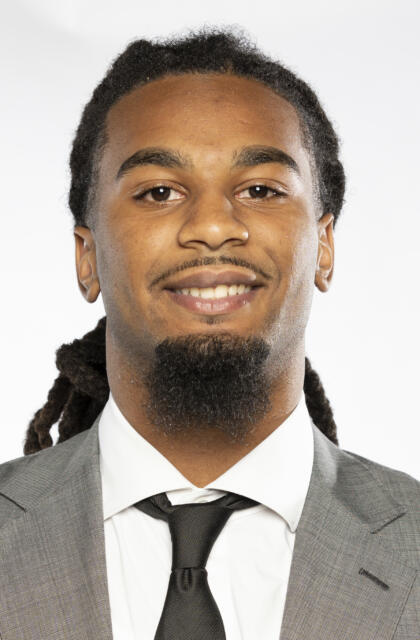 The Hunter File
• Lettered three years at Lowndes under coach Jamey DuBose
• Three-star prospect by ESPN.com and 247Sports.com
• Two-time first-team all-region honoree
• 2019 first team all-state pick
• Helped the Vikings to a trio of Georgia High School Association (GHSA) 7A playoff appearances, including consecutive trips to the semifinals as a sophomore and junior
• As a senior, helped the Vikings to a 10-1 record and trip to the GHSA 7A semifinals
• Tallied 111 career tackles, 22.0 tackles for loss, 13.0 sacks, four forced fumbles and two recoveries
• Registered 34 tackles, 8.5 tackles for lost yardage and 2.0 sacks in 2020
• As a junior, guided Lowndes to the GHSA 7A state championship appearance with a 14-1 record and the lone loss to Marietta in the title tilt
• Booked 47 tackles with 5.0 sacks during junior year
• Tallied 30 stops with 6.0 sacks as a sophomore
• Son of April and Billy Hunter
• Has an older sister, Alecia, and a younger brother, DeAunte
• Uncle, Funtaine Hunter, was a four-year letterman (2003-04-05-06) at Vanderbilt under head coach Bobby Johnson
• Undeclared major