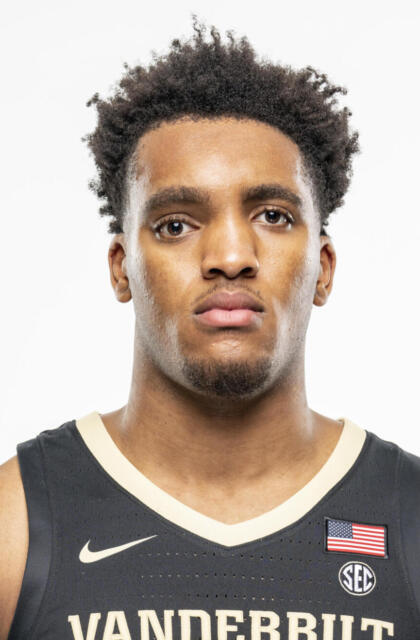 The Frank File
• Ranked No. 90 in the ESPN Top 100 and earned four-star rating from ESPN.com
• Averaged 11 points and seven rebounds as a senior at Sierra Canyon High School
• With a record of 30-4, Sierra Canyon was the top-ranked team in California in 2020 after winning the Southern Section Open Division and CIF State Regional Open Division before the COVID-19 pandemic canceled the season
• Named first-team All-Gold Coast League as a senior
• Sierra Canyon had a record of 89-11 and two state championships during the three seasons Frank was a member
• Helped Team WhyNot reach the championship game of the Elite Youth Basketball League
• On the EYBL circuit, Frank averaged 12 points and six rebounds in 2019
• While at Sierra Canyon, played with Bronny James (son of LeBron James), Zaire Wade (son of Dwyane Wade), Scotty Pippen Jr. (son of Scottie Pippen), Duane Washington Jr. (son of Duane Washington and nephew of Derek Fisher) and Kenyon Martin Jr. (son of Kenyon Martin)
• Attended Harvard-Westlake School in Los Angeles as a freshman during the 2016-17 season.
• Son of Tellis and Melanie Frank
• Father, Tellis Frank, played basketball at Western Kentucky and was the No. 14 overall selection in the 1987 NBA draft by the Golden State Warriors. Tellis also played for the Miami Heat (1989-90) and the Minnesota Timberwolves (1991-92, 1993-94) and over the five-year NBA career he averaged 6.5 points per game. Tellis was an assistant coach for the Atlanta Dream of the WNBA in 2015.