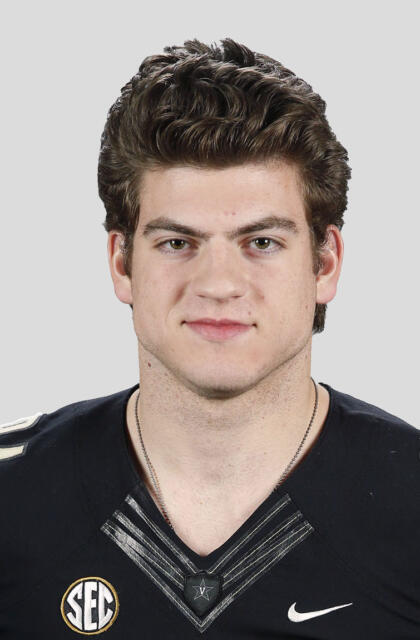 2018
Dobbs participated in 10 of 12 regular-season games this season as a senior…He earned starting assignments at tight end against Nevada, Notre Dame, South Carolina and Missouri…He had seven receptions on the season for 57 yards… He caught two passes twice, coming against Nevada and Notre Dame and added a reception in five different matchups… He finished with a season-high 20 yards as part of Vanderbilt’s 41-10 win against Nevada in early September.

2017
Dobbs was a versatile offensive threat for the Commodores from his tight end position… Played in all 12 games, earning a start in two-tight end alignment against Alabama… Finished the year with eight receptions for 79 yards and three rushes for 37 yards… Posted a 16-yard catch and nine-yard rush in season-finale win at Tennessee… Also contributed 18-yard rush and 16-yard reception in win over Western Kentucky… Tied career high with two receptions at Ole Miss.

2016
Dobbs played in all 13 games as a second-year tight end… Earned lone start of the year — and second of his Commodore career — in victory over Ole Miss… Concluded the season with six receptions, good for 73 yards and a touchdown… Biggest catch of Dobbs’ career came in regular season finale – a 20-yard TD reception that started Commodore comeback from 14-point deficit versus Tennessee.

2015
Dobbs played in seven games as a true freshman… Saw action at tight end and wide receiver when midseason injuries reduced depth at both positions… Started at wideout in regular season finale against Tennessee… Finished the year with two catches and 30 receiving yards… 21-yard reception against Florida was first of his career… Also added a 9-yard catch vs. Tennessee.