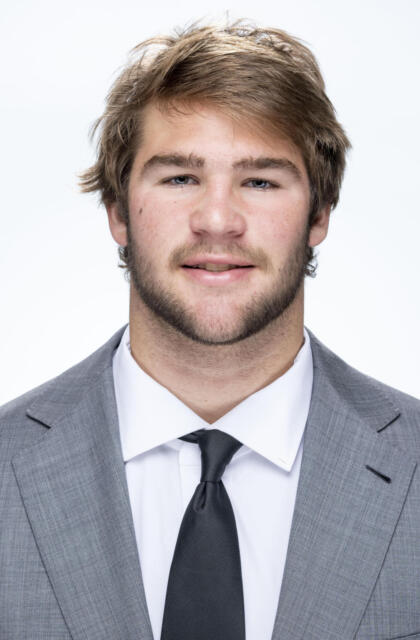 As a Freshman (2022)
• Played in all 12 games, making five tackles
• Saw action predominately on special teams while playing 20 snaps at linebacker
• Played a total of 195 snaps on special teams as a member of all return and coverage units
• Returned a pair of kickoffs

The Patterson File
• Played for coach Ingle Martin at Christ Presbyterian Academy in Nashville
• Three-star prospect, ranked by ESPN as the No. 12 inside linebacker in the country
• Has played in four consecutive state championship games
• Helped CPA to an 11-3 record during senior season, leading the team with 127 total tackles and finishing second on the team with 12.0 tackles for loss
• Led CPA with 72 tackles as a junior, helping team to an 11-1 record and Division II, Class-AA Tennessee state title
• Leading tackler on the team as a sophomore, making 113 stops and 10.0 tackles for loss
• Named to The Tennessean’s Dandy Dozen as the No. 9 prospect in the Nashville area
• Also played baseball, where he helped CPA to the 2021 state championship with a .421 average and a school-record 12 home runs
• Rushed for more than 700 yards in both his junior and senior seasons
• Brother, Kane, played football at Clemson from 2019-21, before joining Vanderbilt in 2022