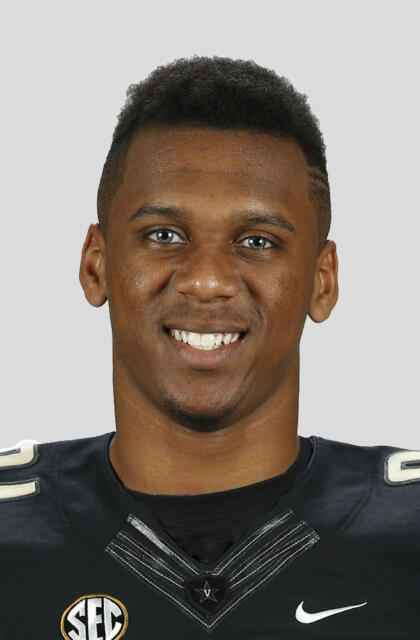 2017
Smith participated in all 12 games, contributing at outside linebacker and on special teams… Ended the year establishing new single-season highs with 21 total tackles, 11 solo stops, two quarterback sacks and four tackles for loss… Sacks came in victories against Alabama A&M and Western Kentucky… Best game came out in the year against Missouri when he registered seven total tackles against the Tigers… Also produced multiple tackles against Alabama A&M, South Carolina and Kentucky.

2016
Smith was hampered by injuries, but finished the regular season on a high note by starting at outside linebacker in the victory over Tennessee… During course of the season, Smith played both inside and outside linebacker, seeing action in nine games… Smith concluded the year with three total tackles, including an important quarterback sack against Tennessee, quarterback hurry and pass breakup.

2015
Smith saw action in every game as an outside linebacker during his first year on campus… Finished the season with seven total tackles… Posted two stops against three opponents — Western Kentucky, Austin Peay and Florida… Also registered a tackle for loss in the opener against Western Kentucky.

PERSONAL
Joshua D. Smith… Born Feb. 25, 1997 in Nashville… Son of Demetrius and Stephanie Smith… An older brother, Emmanuel, played linebacker and safety for the Commodores from 2014-17… Dad is a police officer, mom works in factory management… Dad played football at Middle Tennessee State… Working toward a degree in environmental sociology.