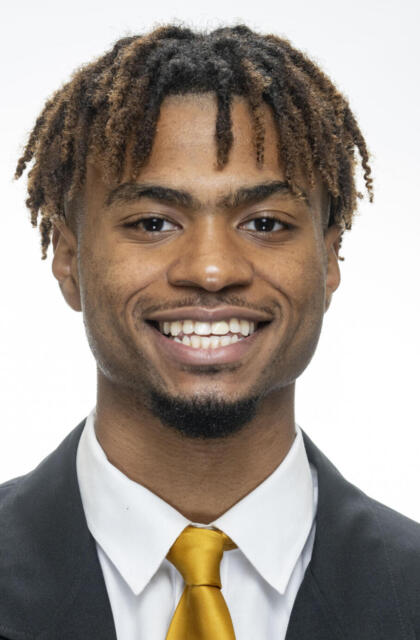 The McBride File
• Three-time all-state selection at Baptist Preparatory School in Little Rock, Arkansas
• 2019 Arkansas Gatorade Player of the Year
• Led Baptist Prep to three 4A state titles (freshman, sophomore and junior seasons)
• Set the Baptist Prep season scoring record as a sophomore season with 707 points and surpassed that with 883 points his junior year and 983 his senior campaign
• Scored a school-record 58 points in a game his senior season
• Averaged 24.5 points, 4.0 rebounds, 2.5 assists and 1.6 steals his junior season
• Averaged 28.9 points, 4.5 rebounds and 5.3 assists his senior year in guiding Baptist Prep to the 3A state quarterfinals
• Scored 30 or more points in 16 games his senior season
• Son of Barbara and Issac McBride
• Has an older sister, Myia
• Nickname is “Mackey” because of his resemblance to his paternal grandfather of the same name
• Uncle, Reggie Coleman, played football at Tennessee and was drafted by the Cincinnati Bengals in 2003
• Wants to become a broadcaster or journalist for a major sports media outlet after his basketball career