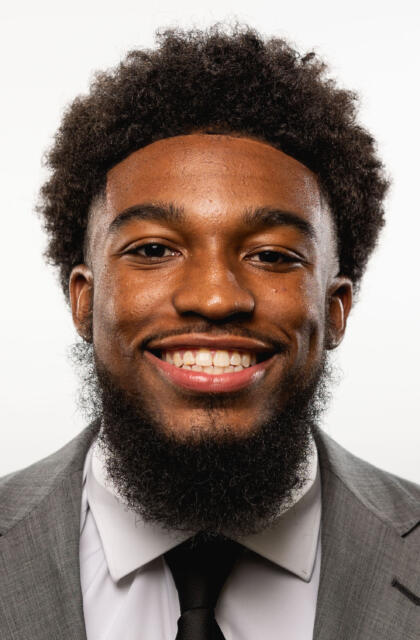 The Wright File
• Lettered three years at Woodward Academy under coach John Hunt
• Three-star prospect, according to ESPN.com and 247Sports.com
• All-Region 4-AAAA first team selection in 2019 and 2020
• As a senior, totaled 30 tackles, 4.0 tackles for loss, four interceptions, one returned for a touchdown, nine pass breakups and two fumble recoveries
• On offense during final campaign, tallied 21 catches for 191 yards and a touchdown
• Finished senior year with 420 kickoff return yards and 120 punt return yards
• Helped the War Eagles to the Region 4-AAAA championship and appearance in the Georgia High School Association (GHSA) 4A state semifinals as a junior
• Team went 13-1 in 2019 with the lone setback a 46-21 defeat to Blessed Trinity in the championship game
• Part of a stout defense that yielded just 11.2 points per game during run to the championship tilt
• During junior season, recorded 36 tackles, six interceptions and three pass breakups
• On offense and special teams in 2019, recorded 35 receptions for 400 yards and six scores while contributing four kickoff returns for 109 yards and 10 punt returns for 128 yards and a touchdown
• As a sophomore, registered 49 tackles, 2.0 tackles for loss and five pass breakups to go along with two blocked field goals
• As a wide receiver in 2019, hauled in eight passes for 152 yards and two touchdowns
• Returned seven kickoffs for 186 yards during sophomore campaign
• Woodward Academy also won the Region 4-AAAA crown during freshman season
• A member of the track and field program, winning the 110-meter hurdles as a senior at the 2021 GHSA state meet with a school-record 14.59 mark
• Helped Woodward Academy to a fifth-place finish in the 4×400-meter relay at the 2019 GHSA state meet while 4×100-meter relay took seventh and placing 11th individually in the 300-meter hurdles
• As a senior, broke an 84-year old school record in the long jump with a leap of 22-9 at the Adidas Panther Relays
• Qualified for the 2018 GHSA state meet in the 300-meter hurdles and claimed 12th
• High school teammate of fellow signee Errington Truesdell
• Son of Lakisha and Michael Wright
• Has an older brother, Mike, and two younger sisters, Mya and Ava
• Brother is a quarterback on the Vanderbilt football team
• Has played the saxophone since sixth grade
• Undeclared major