“It still doesn’t feel real,” Rigney said. “It’s been maybe an hour since the match ended, and I’ve yet to take my bowling shoes off. We’re still at the alley, everyone’s running around taking pictures. It’s just crazy.”

That kind of feeling is best defined by two words: National. Champions.

On Saturday, Rigney and her No. 4 Vanderbilt squad secured the 2018 NCAA Bowling Championship in dramatic fashion, rallying to topple No. 2 McKendree, 4-3, in a best-of-seven matchup in St. Louis. The Commodores laid claim to the program’s second national title, adding to hardware earned during the 2007 season.

In true team fashion, a host of Dores played crucial roles during the championship-clinching match against the Bearcats. But Tournament MVP honors were ultimately bestowed upon Rigney and her teammate, Katie Stark, adding a dash of irony to an otherwise euphoric evening. Rigney and Stark had experienced up-and-down seasons as cogs within Vanderbilt’s relentless bowling machine, bouncing in and out of the Dores’ travel lineup at points during the year.

But history was just that — history — when it came time for the NCAA Championships in St. Louis. In the end, the duo of Rigney and Stark helped return Vanderbilt to its rightful place atop collegiate bowling, all when it mattered most. 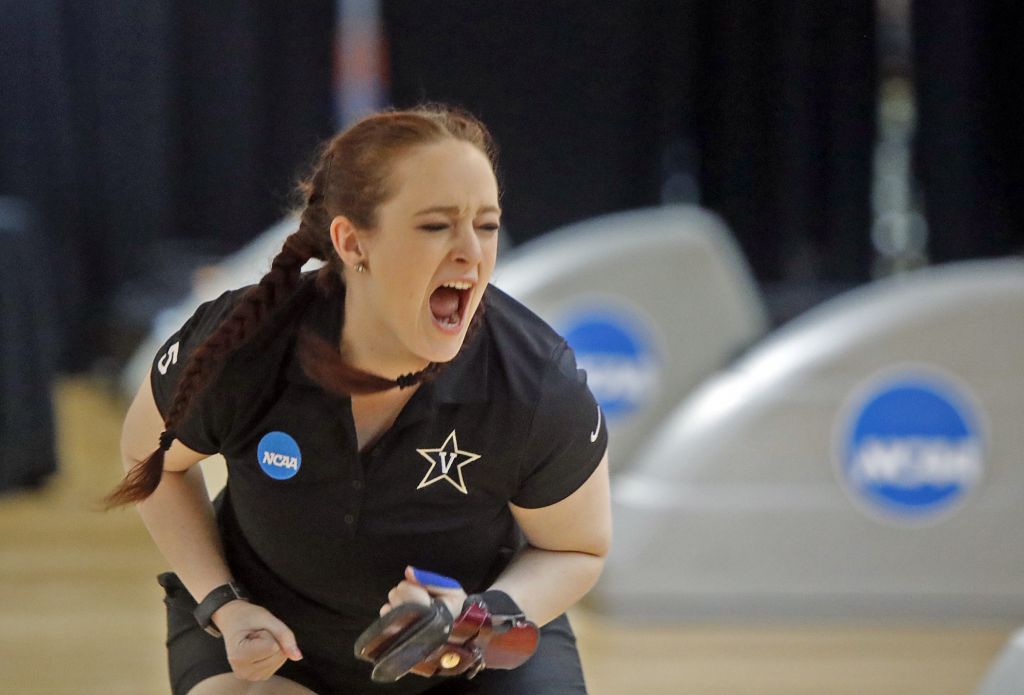 “Those two were lights-out all week,” head coach John Williamson said. “We wouldn’t have made it here if they hadn’t done what they did, plain and simple. They carried us when, frankly, we weren’t very good. They kept us in matches.”

Vanderbilt ran the gauntlet throughout the weekend as it advanced in the eight-team, double-elimination tournament at Tropicana Lanes. That stretch as a No. 4 seed included an upset of No. 1 Nebraska on Thursday and three meetings with Southland Bowling League foe Sam Houston State. Ultimately, the Commodores earned a matchup with defending champion McKendree in Saturday’s championship match.

Rigney, a sophomore, and Stark slid into Vanderbilt’s five-woman lineup vs. the Bearcats at No. 3 and No. 4 spots, respectively. The pair teamed with Samantha Gainor, Kristin Quah and Maria Bulanova to toss three strikes between them and claim Game 1 vs. McKendree. But the Dores dropped Game 2, a setback that featured an uncharacteristic hiccup from Stark; the senior lost her footing on her first frame and slid past the line, negating a strike with a foul.

“I knew when I fell, it wasn’t something I could’ve controlled,” she said. “I knew it was something wrong with the lane and my footing. After I switched up my shoes, I never thought, `I hope I don’t slip.’ I just focused on the next shot. I knew if I focused on a quality shot, I’d see where that would take us.”

That approach worked. Stark bounced back in the next frame of Game 2 with a strike, the first in a blistering run of seven consecutive strikes through the next three games. That led to the Commodores facing a 3-2 deficit with two-must wins games left for the NCAA title.

Yet Vanderbilt blitzed through its next two games with ice in its veins, spearheaded by a pair of eventual Tournament co-MVPs. Rigney and Stark avoided an open frame in Game 6 ahead of Bulanova’s game-sealing two strikes in the 10th frame. In a winner-take-all Game 7, Rigney and Stark drilled two straight strikes as part of a four-strike team run before Rigney nailed her final shot of the game, a masterful spare off a split.

“I said to myself, if this is going to be your last shot of this match, give it your all,” Rigney said. 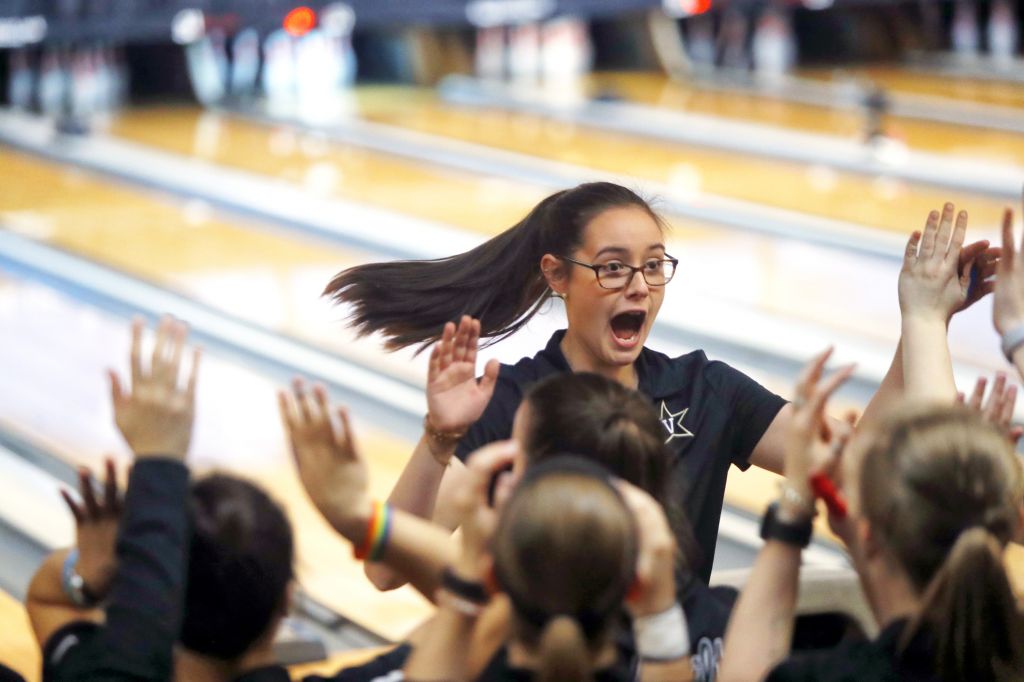 Moments later, as the Commodores hoisted the NCAA trophy above their heads, Williamson couldn’t help but reflect on the evolution of Rigney and Stark in 2018. Williamson and assistant coach Josie Barnes challenged the duo on their fundamentals at different points during the season, even keeping them off travel rosters as a point of motivation. Their tactics tested the players’ mettle on several occasions.

But on Saturday, that tough love came full circle for a talented pair of student-athletes.

“We didn’t travel them to some events because we thought if we held them back, it might motivate them to work on things a bit more,” said Williamson, whose two national titles are more than any coach in Vanderbilt Athletics history. “We had discussions, they questioned our motives — after all, they’re competitors. But our goal was to have a group that was ready in April. And they were ready.”

Added Rigney: “We both had some setbacks in the year. But we came together when it mattered.”

The sophomore Rigney will have more chances for NCAA hardware as her career progresses. Stark, however, is a senior, one keenly aware of what had been her final shot at NCAA glory. But going out on top wasn’t what mattered to Stark in the end. It’s how the Commodores made it happen that she won’t soon forget.

“Of course, I wouldn’t have minded having a few more championships under my belt,” Stark joked. “But it feels amazing to win this as a senior. I got to have a really big part in it, and so did everyone else on this team. We did it as a team, and that’s what really did it for us. That’s what I came to Vanderbilt for.”