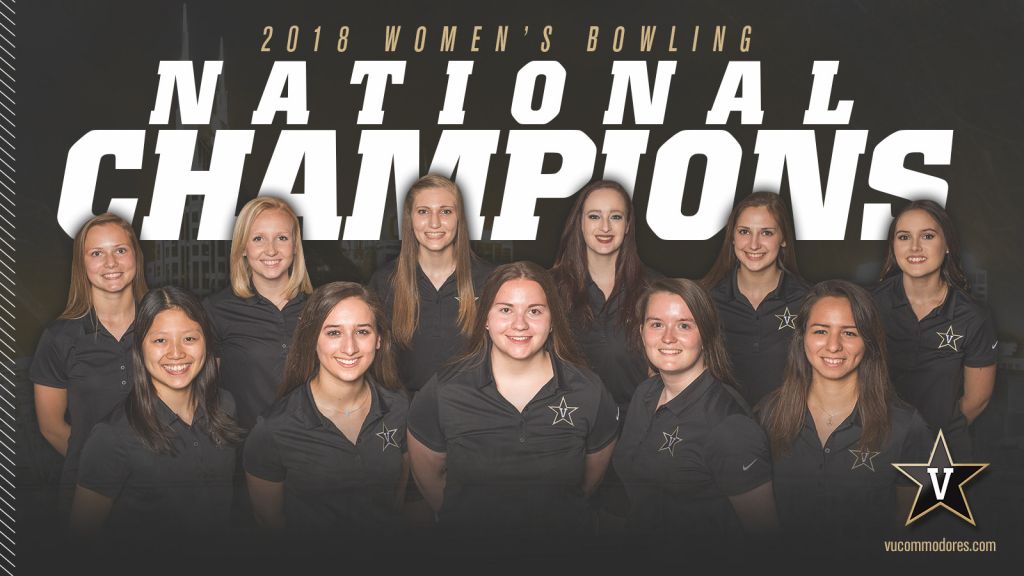 ST. LOUIS — In a drama-filled title game, Vanderbilt Bowling rallied from an early deficit to top McKendree four games to three and claim the 2018 NCAA Bowling Championship on Saturday night.

In a best-of-seven format, McKendree jumped out to a 3-2 lead and forced the Commodores to stage a comeback and claim two straight games and stave off a loss at Tropicana Lanes in St. Louis.

The Dores took Game 6 thanks in part to a clutch 10th frame from Maria Bulanova, extending the contest to a Game 7. There, Vanderbilt drilled four straight strikes to build a lead it wouldn’t relinquish.

THE ONLY WORDS: WE ARE NATIONAL CHAMPIONS!!! #DOmorebemoRE #anchordown pic.twitter.com/UPgdrFCcAB

Proud to be a Commodore! Congratulations! #AnchorDown https://t.co/dvZmAl5Yw6