NASHVILLE, Tenn. – Vanderbilt men’s basketball head coach Jerry Stackhouse announced the signing of Ezra Manjon. The 5’11 guard excelled in three seasons at UC Davis and will have two years of eligibility remaining beginning with the 2022-23 season.

“We are excited to add Ezra to the Commodore family,” Stackhouse said. “He is a fast, strong and experienced guard that brings a proven level of production to our roster. He is also a diligent student who understands the value of a Vanderbilt education.”

Manjon is a highly decorated guard, earning All-Big West honors in all three of his seasons at UC Davis. After second team honors as a freshman and sophomore, the Antioch, California, native took home first team accolades as a junior in 2021-22. 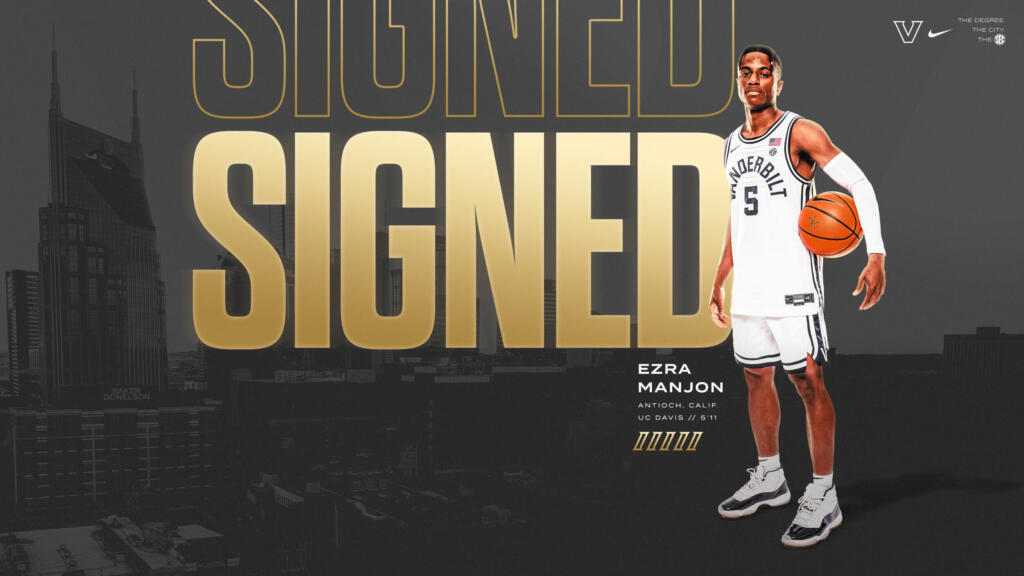 During his time at UC Davis, Manjon scored 1,028 points in 74 career games, finishing his time with the Aggies averaging 13.9 points and 3.6 assists per game. The 5-11 guard also excelled in the classroom, securing a place on the Big West all-academic team.

This past season, Manjon put up 15.0 points and 3.4 assists per game highlighted by a career-high 27 point effort in a win at Oregon State in December. He dished out four or more assists in nine games as a junior, including an eight assist, zero turnover performance against Cal Poly.