MILAN, Italy – The Vanderbilt men’s basketball team began its final weekend in Europe with a walking tour before experiencing soccer at the professional level to close out the day.

Following breakfast and a study hall session for numerous student-athletes in the program, the Commodores visited several sites Saturday highlighted by the Duomo of Milan. Construction on the cathedral — the largest in Italy and the third-largest Catholic church in the world — began in 1386 and took almost 600 years to complete, standing over 350 feet with a capacity to hold 40,000 individuals.

The Dores also passed through the local shopping district and a museum prior to a break for lunch and free time in the afternoon.

“The city is very beautiful, the scenery is different compared to the United States,” said Tyrin Lawrence. “Seeing the Virgin Mary on top of the church helped me realize how big the world is, it’s amazing that they built it from the 1300s to the 1800s.”

The day ended with a visit to San Siro Stadium, the biggest in Italy and one of the largest in Europe with a capacity of over 80,000 people. Opened in 1926, the facility serves as home of defending Serie A champion A.C. Milan; Vandy was able to watch the team win its first match of the season, 4-2, over Udinese.

“It was a different environment, with a different language we didn’t really know what they were yelling,” Lawrence said. “But it was definitely fun, the crowd was so into because every possession matters so we were on our toes the whole game. I think it was another chance for us to come together as a team.” 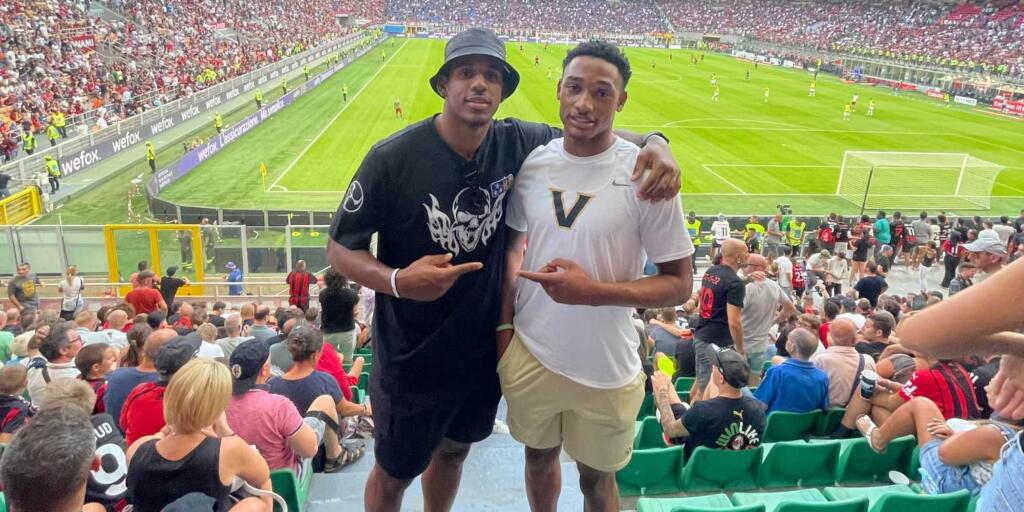 On their final day on the continent, the Dores are scheduled to travel for a visit to Lake Como.

“I’ve pretty much been caught up in the moment,” Lawrence said of all the sites Vandy has been able to visit on the tour. “This is my first time in Europe, I’ve been really trying to enjoy it and do all that I can while I’m here.”

Free Time in Milan by Vanderbilt Athletics on Exposure