Faster Than My Shadow

NASHVILLE, Tenn. — This is a story of loss. This is also a story of hope and attitude and outlook.

This is about Ejike Obinna’s past. And his future. And his present.

“I’m getting the most out of the opportunity that God has given me,” Obinna said. “If you’re a kid, 10, 12, 13, 15, you lost your parents or whatever struggle you might be going through, let it build you. Don’t use that as an excuse to go the wrong way or do the wrong thing because you don’t have those people in your life or you lost a loved one. Just keep doing positive stuff and be an example.

A CHILD IN ENUGU

Memories of a Nigerian youth are positive for Obinna.

In the city of Enugu, the capital of the Enugu State in south-central Nigeria, Obinna and his parents and siblings led a relatively normal life.

Obinna’s father, Ejike Simon Ubanagu, arose at 4 a.m. each morning to go to work as a truck driver transporting petroleum and other types of oil, among other things. Obinna and his two brothers and three sisters would wake up around 6 a.m. to eat breakfast then head to school.

When they returned home Obinna’s mother, who also ran a local business, doled out the family chores and she and her husband made sure everyone’s homework was completed.

“We were a low-class Nigerian family and just living life by the day,” Obinna said. “(My father was) just kind of making those sacrifices to see that his family has three meals a day.

Obinna admits he didn’t realize the lessons he was learning at the time, but they stand out today.

He laughed at an afternoon when his father returned home unexpectedly and one of Obinna’s older brothers was watching television instead of studying. When he quickly tried to shut the TV off and hide the remote control, Obinna’s father calmly walked over, clicked the television back on, handed his son the remote and said, “Here’s your pencil. And that’s your book. Continue reading your book.”

Obinna watched interactions like that between his father and older brothers. He admits his dad was tougher on those two than on his youngest son. That toughness drove home the point that life itself was tough.

That’s a mindset Obinna carries to this day.

“He always pushed them to get out of bed, get something going, go to school and do something with your life. I didn’t really understand why he does that,” Obinna said. “He was pushing us just to get the best out of ourselves and telling us how life is going to be harder and how it’s going to get harder.

“I was obviously younger than they are so he didn’t push me as much, but I saw him do that and how he put his family first. I respected that a lot.”

Obinna played mostly soccer growing up. He said he knew of the sport of basketball, knew it existed, but not much else.

But the Nigerian youngster was tall. And even though he wasn’t into the idea of playing a game he knew little to nothing about, he decided to give it a try at the urging of local friends and coaches.

“It was hard. As a tall dude I didn’t want to bend down and bounce this ball and continue to get good at bouncing the ball,” Obinna said. “But I enjoyed the time with my coach, I liked working with him, I liked what he was doing. There was something special about him that kind of grew me closer to basketball. I continued going to classes and stuff and I just continued to fall in love with the game. I didn’t play very much back home before I came here. I only played for a couple of months because everything happened so quickly.

“I just went from not knowing what I’m doing to, ‘Oh, I’m all-in with basketball now.’ ”

Before Obinna knew what was what, he was being invited to a basketball camp in Benue State – and Obinna had never ventured outside of his home state. He had to beg and plead with his mother to travel such a great distance.

Obinna was thrown into the mix with 1,000 other kids. The eldest slept on beds and the youngsters slept on the floor of hotel rooms stuffed with 10 to 15 hopeful basketball players.

Obinna and a friend would wake every day of the camp at 4 or 5 a.m. and eat breakfast and head out to learn as much about the sport as possible.

“I didn’t really know what I was doing, but I knew at least I’m chasing a dream, right?” Obinna said. “I just wanted to do something with my life.”

The top 50 players in the camp at Benue were awarded a trip Abuja, the capital of Nigeria, roughly 300 miles from Obinna’s home.

“It wasn’t (because of) my basketball skill. I was just running around like a headless chicken,” Obinna said. “But I was one of the top 50 guys they thought could actually end up making something out of this game.”

At 13 going on 14, Obinna was turning heads for his potential.

A youth coach from California contacted Obinna after seeing him play and connected him with Antwaan Randel-El, the former National Football League star who was then coaching at Virginia Academy in Ashburn, Virginia.

Obinna was offered a scholarship to play basketball and a host family to live with in America. He packed his bags and headed for the United States leaving everything he once knew behind. 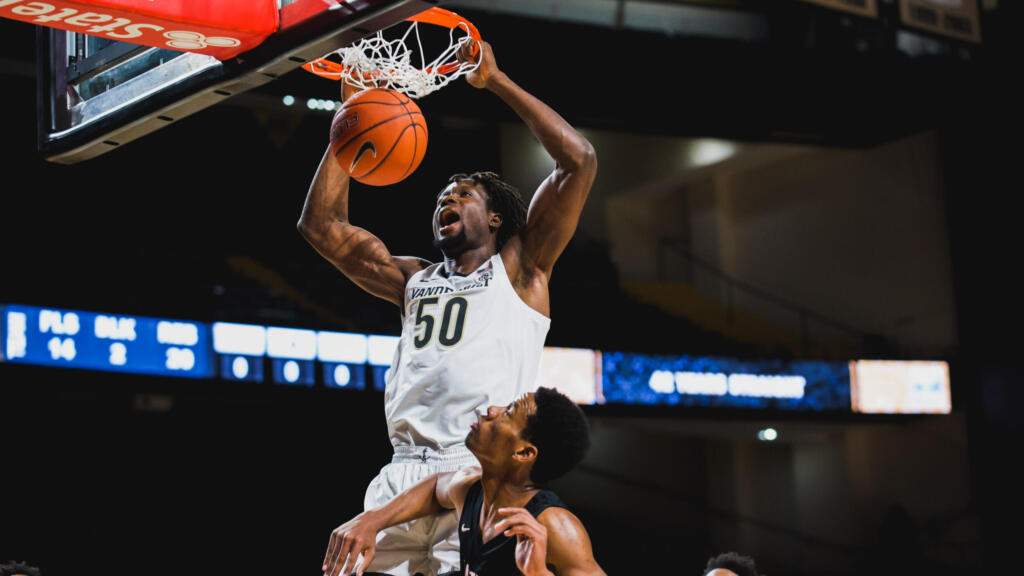 THE DAY EVERYONE CRIED

Obinna typically stayed asleep during the morning hours when his father awoke well before sunlight to head off to work. But this day was different.

He remembers stirring and hearing his mother and father talking in the kitchen.

There was an automobile accident. There were phone calls and neighbors coming by and someone said Obinna’s father had been involved. He was in the hospital.

Obinna’s mother rushed there to find him.

“My dad wasn’t actually at the hospital,” Obinna said. “My dad was already in the mortuary.”

As a 10-year-old in 2009, Obinna refused to belief such news. His mother, his siblings, his village and community cried and mourned. He refused.

“I still didn’t believe it. I thought my dad was still coming back. I knew my dad. There’s no way. There’s just no way. I know my dad’s coming back,” Obinna said. “Through the arrangements and everything, the planning, everything went on, I saw my mom crying every second, in tears day and night. I don’t know why she’s crying because I know my dad is going to come back.

“I didn’t believe it. The funeral day I didn’t believe it. I know my dad is going to be back. I don’t know why all these people are here. I didn’t believe it until I saw his corpse. That’s when I broke down crying. That’s the only thing I remember about that day. When I saw him I just didn’t know what else happened the whole day. Even the day after. I was shocked. I was in shock. I haven’t felt anything like it before – or yet – in my life. I don’t think anything else will scare me as much as that.”

Days later Obinna began to accept the fact that his father was gone. Later his mother told him that for some reason that morning of her husband’s death, as if there was a premonition, Ubanagu told his wife that if something were to ever happen to him to just keep working and to keep a positive mindset.

Those words continue to echo in Obinna’s mind each and every day. And they help counter that fateful day – the last day he ever cried.

“I still remember the way his face looked. He had that pain type of look that I’ve never seen. He struggled. He died fighting for his life. You can see it from his face,” Obinna said. “When I saw that I just started crying. I started crying like, I remember, I was crying crazy. I haven’t cried since then. Since that day I haven’t shed a tear. It’s hard to see something that would get me to that point of just breaking down.

“There’s a lot of stuff that happened in my life that has shaken and moved me, but things haven’t moved me to that point where I’m actually breaking down like I did that day.”

Obinna began to play basketball, learn English and assimilate to American life as a freshman at Virginia Academy. He struggled at times in those facets but stuck with it.

Sometime during his sophomore year it was explained to Obinna that his play could lead to a collegiate scholarship – he had just figured he would play four years of prep basketball and return to Africa. Obinna became a 1,000-point scorer and averaged 16.6 points and eight rebounds for his prep career.

With reportedly more than 20 scholarship offers, Obinna chose to play at Vanderbilt. That meant four more years away from his family, but a once-in-a-lifetime chance at a college education.

After redshirting during the 2018-19 season, Obinna is averaging 3.7 points and 4.2 rebounds after 27 games this season. He has totaled 166 points and 167 rebounds over his career.

Like most young men in college basketball he hopes to grow his game enough to be able to perform his passion as a professional,

“I want to come in every day with the mindset of getting better. I want to play at the next level,” he said. “But I don’t want to be faster than my shadow. Just got to keep chasing the dream. But I also understand that one day this ball is going to stop bouncing. So I want to be able to have a family one day and to be a father – learn how to be a father someday.” 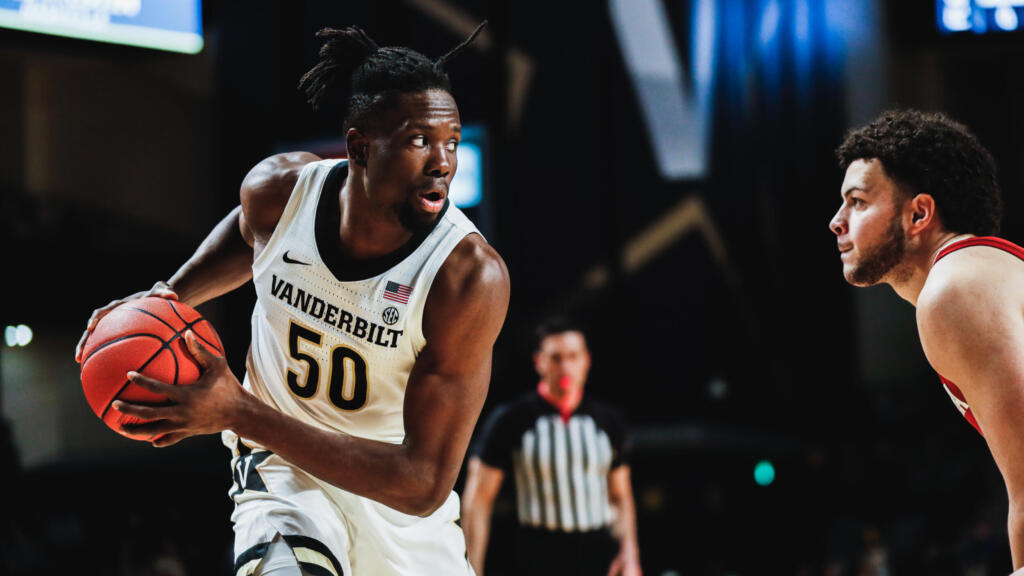 There’s also little doubt his family in Nigeria has immense pride in young Ejike. And somewhere his late father is watching, too.

“He’d be super proud,” Obinna said. “He’d be extremely proud. He’d go, ‘That’s my son.’ We had a great relationship. He just embraced his family. Seeing him play that role, I want to play that same role. His family comes first – always.

“I don’t know if there’s a word for how I would feel if he could see that. But he’d be extremely proud, I’m sure.”