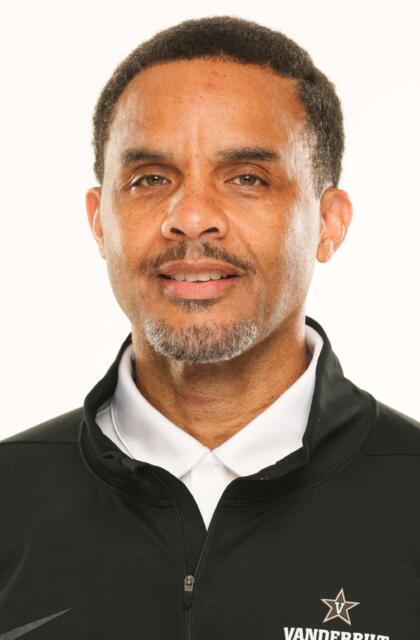 Tom Garrick, who has served as head coach at two schools and previously spent six seasons on the coaching staff at Vanderbilt, is in the first season of his second stint on West End as an associate head coach in 2021-22. He rejoined the program in April 2021 with head coach Shea Ralph’s staff.

On the Commodore bench from 2009-15, Garrick helped guide Vanderbilt to five NCAA Tournaments with four 20-plus win seasons and 120 victories along the way. In Music City, he tutored Jence Rhoads to honorable mention All-America honors in 2010-11 while Commodore guards garnered seven All-SEC accolades with three named to the SEC All-Freshman team.

Garrick also played an instrumental role in the success of Vanderbilt standouts Jasmine Lister and Christina Foggie. Lister shattered the program’s record for minutes played and ranked No. 3 on Vandy’s all-time list for career assists, while Foggie led the SEC in scoring as a senior, became the school’s all-time leader in three-pointers and was a second-round pick in the 2014 WNBA Draft to Minnesota.

Before his return to Nashville in 2021, Garrick spent three seasons as an assistant coach at Boston College from 2015-18 before taking over as head coach at UMass Lowell. With the River Hawks, he guided a program that won just four games the season before his arrival to 16 victories in his second season in 2019-20.

A seasoned coach with a pair of head coaching stints, Garrick also led the Rhode Island women’s program for six seasons from 2003-09 and finished his tenure with the second-most Atlantic 10 wins in program history. He took over following two years as an assistant coach from 2001-03, after which he started his coaching career with the Rhode Island men’s program in 1998-99.

A four-year NBA veteran, Garrick was drafted by the Los Angeles Clippers in 1988 out of Rhode Island and played for the Clippers, San Antonio, Minnesota and Dallas. During his professional run, he also played overseas in Germany, Turkey and Spain across a five-year career in Europe.
As an athlete at Rhode Island, Garrick was nicknamed “The Chief” and finished his time in Kingston ranked among the school’s top 10 in scoring (1,573 points), steals (189) and assists (407), and was inducted into the Rhode Island Athletic Hall of Fame in 1998.