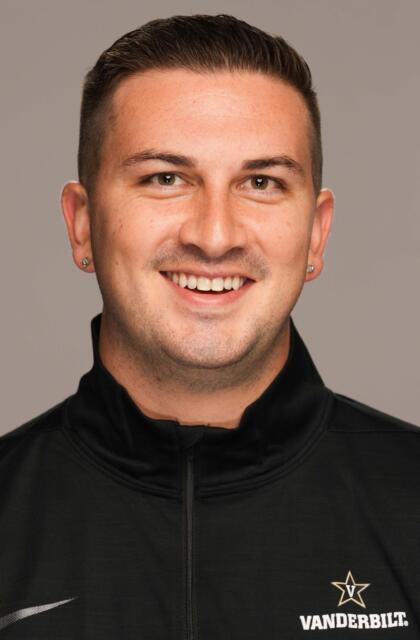 A member of Shea Ralph’s inaugural coaching staff at Vanderbilt, Kevin DeMille is in his first season as an assistant coach with the Commodores in 2021-22 after joining Ralph’s staff in April 2021.

With seven years of experience in various roles with the UConn women’s basketball program with Ralph and head coach Geno Auriemma, DeMille joins Vanderbilt after five seasons at George Washington and comes to the program with eight trips to the NCAA Tournament and five victories in the title game under his belt.

In Washington, D.C., DeMille worked his way up from an assistant director of operations role to assistant coach with a strong track record of developing talent. During his time in the nation’s capital, DeMille guided GW’s post players to first and second team all-Atlantic 10 honors, the A-10 Sixth Woman of the Year, two all-rookie selections and All-Atlantic 10 Tournament honors while guiding the team’s primary scoring options in four of his five seasons. In 2020-21, DeMille helped A-10 all-rookie selection Ali Brigham lead all Atlantic 10 rookies – and the team – in scoring and field goal percentage while finishing second among rookies in rebounding.

Working for former UConn great Jennifer Rizzotti at George Washington, he also spent time as video coordinator for the women’s national team at the 2014 FIBA World Championship in Istanbul, Turkey. DeMille was also on staff for the gold-medal winning women’s national team in the 2016 Olympics in Rio de Janeiro, Brazil.

Off the court, DeMille is the team’s liaison with the marketing and communication departments. Prior to Vanderbilt, he championed Diversity and Inclusion efforts at GW and orchestrated the program’s Bigger Than Basketball Season of Action that generated support, funding and in-kind contributions for national and DC-based organizations supporting The Trevor Project, Martha’s Table, Set the Expectation, The Hidden Opponent, So Others Might Eat and other social causes.

At UConn, DeMille spent his four undergraduate years as a practice player and student manager before serving one semester as a graduate assistant. He was then hired as the assistant director of operations before moving on to George Washington with Rizzotti.

He earned his degree in social science of sport from UConn in 2013 and a master’s degree in media and strategic communication at George Washington in 2020.