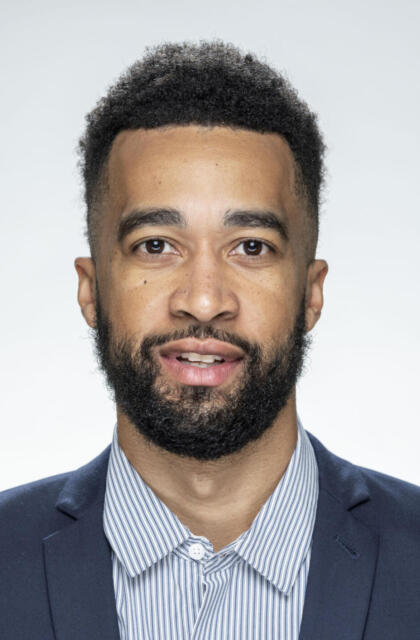 Gary Redus II is in his third year as an assistant coach on the Vanderbilt women’s basketball staff in 2020-21, and his first as the program’s recruiting coordinator.

Redus was named to the 2020 WBCA “Thirty Under 30” list, which recognizes up-and-coming women’s basketball coaches. Each honoree exemplifies their involvement in community service, mentorship and impact on others, professional manner, and attitude and professional association involvement.

Redus works primarily with the Vanderbilt wings, but had previously tutored the forwards, which included center Mariella Fasoula, who was second on the team in scoring and led the Commodores in rebounding and blocks, and finished fifth in the SEC in field goal percentage (.535) in 2019-20. Fasoula was named Vanderbilt’s first SEC Player of the Week since 2014.

“All he wants to do is help you become the best version of yourself. He knows how to work with everyone and knows how to approach each player differently. He helped me improve my post game and my rebounding and he believed in me more than I did myself.”
– Former Boston College and Vanderbilt center Mariella Fasoula

Redus came to the Commodores after serving as an assistant under longtime head coach Craig Roden at Delta State, a perennial Division II power located in Cleveland, Mississippi.

“Gary brings a tremendous amount of energy and a great basketball mind, as well as a drive and hunger to learn and grow. Gary’s a people person and his ability to build and maintain relationships allows him to fit right in with our program.”
– Vanderbilt Head Coach Stephanie White

A native of Decatur, Alabama, Redus is a 2011 graduate of South Alabama where he earned a degree health education. As a guard/forward for the Jaguars, he averaged 8.6 points, 3.5 rebounds and 2.3 assists per game, and was a two-time member of the Sun Belt Conference’s All-Academic Team.

Redus played professional basketball in China, Mexico, Venezuela and Iraq from 2011-2015 before embarking on a career in coaching.

He is the son of Gary and Minnie Redus. His father played 13 seasons of Major League Baseball, including stops with Pittsburgh, Texas and Cincinnati.

Redus and his wife, Tiffany, reside in Nashville with their son, Gio.